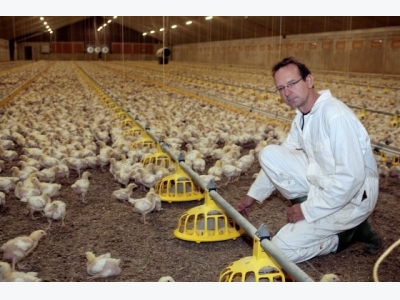 There is a global urgency to reduce antibiotic use, and more and more poultry producers are showing that it is possible to reduce or eliminate antibiotic use without sacrificing performance and health. A key emphasis has been placed on bird immunity and gut health.

The first step in any antibiotic reduction programme should be to evaluate and optimise the health of the production system, thereby decreasing systematic prophylactic and metaphylactic use. Photo: Studio Kastermans

Antibiotics have historically been, and still are, used extensively to minimise the impact of enteric diseases, and a major challenge is to find alternatives to antibiotics that maintain gut health. The goal to reduce antibiotic use should therefore be rephrased as a goal to produce healthy production systems that support birds in all stages of production. The Alltech Antibiotic Reduction programme assists producers in their goals to minimise and eliminate all non-prudent use of antibiotics while optimising productivity and sustainability.

No need for antibiotics

In-feed prophylactic antibiotic use in poultry production is not used to treat sick birds; it is used to treat sick and suboptimal production systems. Often, prophylactic antibiotics are used because of a misconception that they act as insurance against diseases and decreased productivity. The first step in any antibiotic reduction programme should therefore be to evaluate and optimise the health of the production system, thereby decreasing systematic prophylactic and metaphylactic use. The result will not be to produce sick, untreated, unproductive birds, but to produce healthy birds in which antibiotic use is redundant. This global shift in production is well underway, and poultry producers must engage in the movement in order to ensure that our antibiotics remain viable for future use.

A healthy gut and a strong immune system are key features of an antibiotic-free production system. This is where the Alltech Antibiotic Reduction programme can assist producers, optimising avian production health and efficiency for sustainable food production. In Alltech’s programme, the safe and proven solutions Actigen, Bio-Mos, All-Lac, Acid-Pak, Sel-Plex, Natustat and Mycosorb, combined with management and nutritional interventions, generate a healthy, cost-effective, sustainable production system.

The gut is the bird’s largest organ and the most extensive exposed surface in its body. It is a selective barrier with physical, chemical, immunological and microbiological parts, where digested feed and water are absorbed but disease-causing agents are kept under control. The gut is also the organ that has the most immune cells in the body (approximately 70%), and many of these are located in the gut-associated lymphoid tissue (GALT). These immune cells are the first line of active defence against pathogens, with the majority of immune cells found in the large intestine.

Immunity has been defined as “a condition of being able to resist a particular disease, especially through preventing development of a pathogenic micro-organism or by counteracting the effects of its products.” Immunity is the body’s internal defence against the enemy. The immune system can be compared to a fortress. The gut is the fortress walls, where the intestinal cells and the mucus barrier forms the wall, the local immune tissue (GALT) are towers with fighters, immune cells are foot soldiers and there are several ports where “authorised” food can enter to support the fort (nutrient absorption). The enemies are viruses (bacteria and protozoa), and they can sometimes use toxic weapons, such as bacterial toxins or mould toxins to break down the fortress. The commensal gut microbiota is the village population that can stop enemies outside the fortress and thereby prevent them from attacking the walls. The lungs are the sky above the fortress, where an airborne defence is active. Inside the walls, there is an additional layer of defence, in case the enemy penetrates the walls. It is clear that this defence mechanism is intricate, takes time to build and can be damaged by many factors. Organic minerals in the feed, such as yeast-based selenium, have been shown to optimise the bird’s immune system and promote better uptake and bioavailability in the bird compared to inorganic minerals, thereby strengthening the fortress.

When the footpaths and hocks of the broilers are sound, litter quality will be good and the gut will function as it should. Deteriorating footpaths are a clear indicator that there is something wrong. Photo: Studio Kastermans

The establishment and maintenance of good gut function and immunity are vitally important in producing a strong, healthy bird. There is an immediate demand on the gut after hatch to digest and absorb nutrients efficiently for growth. Neonatal nutrition is a critical component in the establishment of normal gut function, from digestion and absorption to building up the “fortress” and “defence system.” There is a single layer of epithelium (i.e., cells lining the gut) that is simultaneously responsible for the secretion of fluid and absorption of water, electrolytes and nutrients, and, concurrently, this layer of cells must provide a selective barrier against the complex and potentially dangerous environment of the gut lumen. The intestinal epithelium is constantly exposed to many commensal and pathogenic microbes and antigens that are important for the development of immunity. Early access to feed after hatching is very important in assisting chick development. Competitive exclusion products, prebiotics and mannose-rich yeast derivatives can assist the development of a healthy gut flora, intestinal wall and immune defence.

Many different disease-causing micro-organisms (e.g., pathogens), including bacteria, viruses and parasites, can cause primary intestinal disease, but their presence in the gut is not sufficient to cause disease. Disease occurs once the pathogen (the enemy) breaks down the gut defence (the fortress walls and defence structures). Trillions of micro-organisms (commensal microflora) inhabit the intestinal tract and form a complex ecosystem that can influence the immune system, both inside and outside the gut, and bird health in general. When this microflora is disturbed (i.e., dysbiosis), there is a microbial imbalance between the beneficial microflora and potential pathogens. Viral pathogens often pave the way for bacterial pathogens by destroying part of the delicate host defence in the gut. A good external and internal biosecurity and vaccination programme is important to minimise the impact of viral “enemies.”

Poultry producers are keenly aware of the importance of biosecurity, and there are efficient systems used in our modern production. Despite good management and husbandry, there are some challenges present in our intensive production systems. One challenge in antibiotic-free production systems is necrotic enteritis (NE). Gut-active derivatives of yeast containing high levels of mannose sugars have been shown to protect the birds from NE at similar levels as growth-promoting or prophylactic antibiotics. The mannose sugars bind to pathogenic bacteria, preventing their adhesion to the intestinal wall, increasing the intestinal mucus layer and stimulating the immune system. Furthermore, these natural solutions have been proven to show feed efficiency and performance equal to or better than many of the conventional prophylactic antibiotics.

Coccidiosis remains a challenge in even our best production systems and in floor-reared birds, and it is likely difficult to manage this situation without the use of coccidiostats and/or coccidiosis vaccines. Most countries are not as concerned about non-ionophore coccidiostat use in poultry production as antibiotic use, since there seem to be few resistance risks to the pathogens that are of concern to humans. However, increasing resistance in the various Eimeria species to our current coccidiostats is challenging the health and welfare of our production birds. Increased fortification of the gut is necessary, as Eimeria spp. can cause more damage in underdeveloped or previously injured intestines. Alltech’s programme includes a plant-based alternative to coccidiostats for Eimeria control.

Mycotoxins are toxins created by moulds that cause serious health problems in poultry production and can result in severe economic losses worldwide. With our current climatic conditions and production systems, no commercial poultry feed is completely free of mycotoxins, and most feeds contain multiple toxins, endangering the health and productivity of our birds. Mycotoxins damage the body’s immunity against disease, reduce feed intake, nutrient absorption and growth, impair fertility and hatchability, and damage the skeleton and organs.

Intestinal cells are the first cells to be exposed to mycotoxins, often at higher concentrations than other tissues. Mycotoxins specifically target cells, such as gut epithelium, that have a high number of protein turnover- and activated-cells. For example, deoxynivalenol (DON) is one of the most prevalent toxic cereal contaminants, causing intestinal cell damage even when present at low levels in feed, which, according to a meta-analysis, contributes to nine times higher mortality in broiler flocks. Mycotoxin disruption of the gut barrier function increases the permeability of the gut, impairs the absorption of nutrients, disrupts gut immunity and thereby facilitates the survival and persistence of pathogens in the gut. This leads to inflammation in the gut, with further destruction of the intestinal barrier. Alltech’s programme includes a broad-spectrum mycotoxin binder and organic selenium, which has been proven to reduce the health challenges associated with mycotoxins.

The Alltech Antibiotic Reduction programme has been created to assist producers in achieving a consistently healthy poultry production system and making prophylactic and metaphylactic antibiotic use redundant. Technical advisors assist producers in developing an action plan. Feed additives and natural nutritional solutions are valuable tools for poultry health, but these supplements are not necessarily sufficient for a healthy production system. Often, there are more difficult steps that need to be taken than merely including feed additives, such as making updates to facilities, management routines, and resource allocation and needs. The Alltech Antibiotic Reduction programme gives advice and support to producers in order to achieve their targets. This industry-driven programme is unique in its services in that it not only provides critical solutions to producers, but also complements governmental and academic programmes. 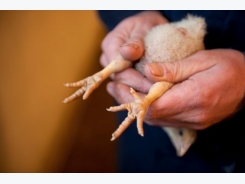 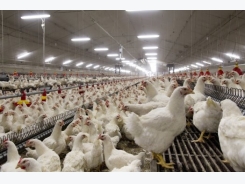 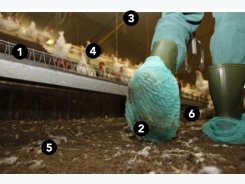 Impact of dust, formaldehyde and delayed feeding after…