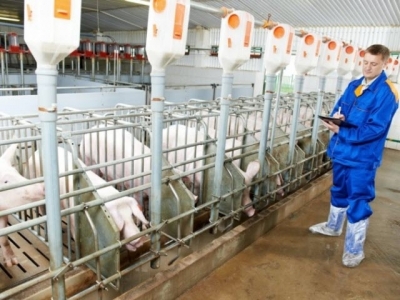 The group compared use of enzymatic feather meal (EFM) to spray-dried porcine plasma (SDPP) and dried porcine soluble (DPS) on piglet growth and health of the intestinal tract, they said.

“Enzymatic feather meal provides high quantity and digestibility of CP [crude protein] and AA, and protein source that is especially abundant in nutritional and functional oligopeptides,”​ they said. “A diet supplemented with 15.0 g/kg of EFM could promote growth performance of nursery piglets by improving foregut morphology and hindgut VFA [volatile fatty acid] concentration.”​

Animal protein sources may provide additional benefits for nursery piglets compared to plant proteins, said the scientists. However, there are some limits to the amounts of protein sources.

Increased costs of traditional protein feed ingredients makes it relevant to seek alternative animal-based protein sources that can be included in feed, they said.

As meat production increases there is a corresponding amount of animal by-products, like feathers, generated, they said. “Feather accounts up to 50–70 g/kg of the live weight and is composed of over 900 g/kg of crude protein (CP) for a mature chicken,”​ they added.

A newer treatment for processing feathers uses microbial keratinase and does not have the same detrimental effect as former methods, they said. Researchers hypothesized that the EFM could be a protein source.

“Accordingly, the experiments were conducted to evaluate the apparent (AID) and standardized ileal digestibility (SID) of AA and SID AA composition in EFM, and then to determine the effects of EFM as a replacement for conventional animal protein (SDPP or DPS) in nursery piglet diet on growing performance and intestinal health,”​ they said.

In the first trial, six pigs with ileal T-cannulas were given one of two diets to establish the AID and SID of the AA levels in the EFM, said researchers.

The diet contained 200g/kg of EFM protein as the only source of AA and 3g/kg of chromic oxide as a marker, they said. An N-free diet also was used to measure the loss of crude protein and AA.

Pigs were fed twice a day and digesta were collected for two days, they said.

In the second experiment, 120 piglets were sorted into one of four treatments with five replicate pens for each, they said. The trial ran four weeks.

The four diets included a control containing 30 g/kg of fish meal and 40 g/kg of whey powder, said researchers. The other diets included 15g/kg of SDPP, 20g/kg of DPS or 15g/kg of EFM and amounts of soybean meal to equalize the CP.

Piglets were weighed at the start and finish of the experiment to determine average daily gain (ADG), average daily feed intake (ADFI) and feed conversion efficiency (G:F), they said.

Manure samples were collected for three days and scored and blood samples were taken on the last day, they said. Feed, digesta and fecal amounts were checked for CP, dry matter, ether extract, ash, calcium and phosphorus.

One pig from each group was slaughtered for intestinal samples, they said.

In the first experiment, there were high levels of CP and AA found, said researchers.

In the second experiment, piglets getting the feather meal had a higher average daily gain and final body weights when compared with control piglets, or those getting DPS, said researchers.

“Overall, enzymatic feather meal could be a promising alternative animal protein source in diets for nursery piglets in terms of positive growth performance and intestinal health,” ​they said.

No statistical differences were found for growth performance between piglets getting the feather meal and those getting SDPP, they said. No changes were found for AFDI, but the G:F ratio increased.

The fecal score for the control piglets tended to be higher for the first two weeks, said researchers.

When compared to the control diet, the piglets on the EFM diet had improved immune globulin G, they said. “The ratio of villus height to crypt depth in duodenum was increased, and villus height in duodenum, jejunum and ileum tended to increase for piglets fed EFMD [enzymatic feather meal diet],”​ they added.

The VFA levels were higher in the cecum and colon for pigs getting the feather meal when compared to other diets, said researchers. 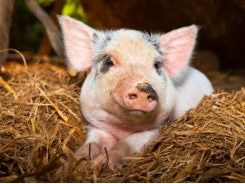 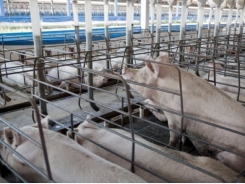 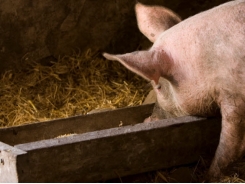