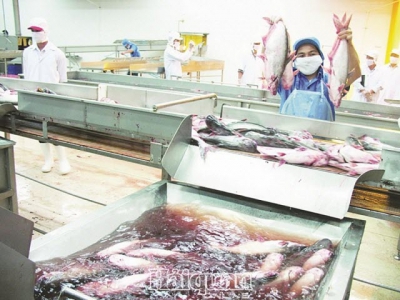 In the remaining months of the year, seafood exports are unlikely to achieve high growth rates as they did in 2018, due to fierce competition in both price and quality. It will not be easy to reach $10billion in export value.

From the beginning of the year until now, Pangasius price has been falling sharply. Photo: N. Thanh.

Data from the Department of Agricultural Product Processing and Market Development (Ministry of Agriculture and Rural Development) shows thatfrom the beginning of the year until the end of September, seafood exports earned $6.23 billion, down by 2% compared to the same period in 2018.

Japan, the United States, China and South Korea were the top four import markets of Vietnamese seafood in the first eight months, accounting for 56.8% of the export total.

The export of key products, such as shrimp, catfish and squid recorded a significant decrease in value due to fierce competition from India, Ecuador, Indonesia and Thailand.

In the domestic market, while shrimp prices recorded fluctuations, gradually improving in the third quarter and tending to increase at the end of the year when consumer demand increases but the price of pangasius was not good.

Looking back on the first nine months of the year, the market of raw material pangasius in Mekong Delta is not favorable for both farmers and exporters. Pangasius price tend to weaken after a year of continuous increase.

“After pangasius price hit a record high levelin 2018, the current price decreased by nearly 10,000 VND/kg compared to the beginning of this year and is at the lowest level in the past two years. Pangasius price plummeted mainly due to the export output beingslower than before, especially Pangasius export to China has dropped significantly since the beginning of 2019, the US market has also dropped sharply,” theDepartment of Processing and Market Development of Agricultural Products said.

In fact, in the quiet trading market, companies now rarely catch fish from outside but prioritize harvesting fish in farming areas of the enterprises and purchase according to contracts in association with fish farmers. However, businesses expect to have a growth in the last months of the year, which is the peak season of seafood consumption.

Fierce competition on price and quality

The Department of Agro-product Processing and Market Development predicted that seafood exports in the last three months of the year may find itdifficult to achieve the high growth rate as in the same period in 2018 because Vietnam's seafood faces fierce competition in both price and quality.

In terms of specific figures for the two main export commodities such as shrimp and pangasius, forecasted for the whole year of 2019, respectively worth US$3.4 billion and $2.23 billion, down by 4 % and 3% compared to 2018.

The reason for this decrease is the aquaculture technology of other countries hasdeveloped quite strongly. China and Malaysia started to raise pangasius. Besides, Thailand and India are increasingly controlling the disease in shrimp farming and crops.

In addition, the world economic growth in 2019 is forecast to decrease and countries tend to focus on investing in agricultural development, which also has a significant impact on Vietnam's seafood export value inthe last three months of the year as well as the whole of 2019.

Regarding difficulties in exporting seafood, Mr. Tran Dinh Luan, Director General of the General Department of Fisheries (MARD) said thatfirst, trade conflicts without any end will have significant impacts on trade policy and balance of import and export.There are more and more technical barriers inexport markets with stricter regulations, which require traceability and food safety.

In addition, Mr. Luan said, aquaculture is still fragmentedand has not implemented the value chains; infrastructure (fishing ports, anchorage and shelters from storms); preservation of post-harvest products and processing of exploited fishery products are insufficient, failing to meet requirements.

In 2019, the fisheries sector was assigned the export turnover target of $10 billion by the Minister of Agriculture and Rural Development. According to Mr.Luan, this is a fairly high number.

“With the goal of $10 billion, the growth rate is 13.7% compared to theimplementation figure of $8.7 billion in 2018. Meanwhile, the average export growth rate in the past five years was 5.5%/year. In 2019, there are many unpredictable factors affecting Vietnam's seafood exports such as trade conflicts, rising prices, especially competition between exporting countries. Therefore, to achieve the planned targets, the fisheries sector will have to make a lot of effort,” Mr. Tran Dinh Luan said. 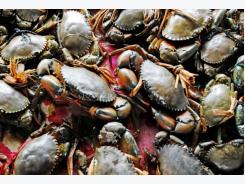 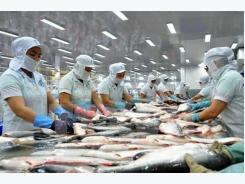 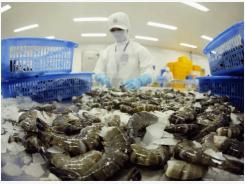 Willingness to work with the EC Delegation on…