Establishing the pigs gut microbiota as early as possible is key, says a swine specialist 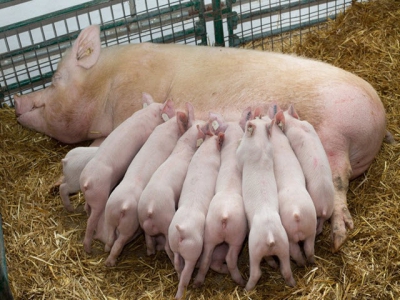 Heidi Hall, technical manager for swine at Anpario, outlined at VIV Europe 2018 in Utrecht last month how acid based eubiotics help regulate the microbial population of the animal’s gut.

We caught up with her on the trade show floor to hear more about her presentation, The Importance of Gut Health in a Future without Antimicrobials, ​which she gave as part of the feed to meat event's conference program.

“I talked about where we are right now in relation to use of antibiotics, asking where we want to go to and what the risks are, and how we could manage the gut without antibiotics, especially for pigs.​

“I showed how if we start the piglet off well, through sow nutrition and gut health, we​ can​ improve weaning and then rely less on antibiotics.”​

She said Anpario is bringing nutrition and additives together in swine diets, relying in part on some of its products, namely acid based eubiotics. Those products, she explained, are organic acid based on a mineral carrier with other functional products included.

“But no antibiotic alternatives are effective if they are just put in during the challenge period. They would fall short in terms of a comparison with antibiotics. We have done some of that work, a lot of people have.”​

It is about understanding the limitations of the alternatives, they are not magic bullets. It is a about a joined up approach, and getting in before any problems arise, continued Hall.

“You almost have to set the gut up well, alleviate some of the stresses and pressures on the animal, and look after them during the challenged times then as well.”​

Sow to piglet to weaning ​

She said Anpario is, thus, exploring how it can manage the gut, in tandem with nutrition, to get a better gut flora in the pig.

Its approach takes account of the whole life cycle.

“We look at feeding the sow and making sure her gut is healthy. Some 70% of the immune cells are located in the gut so really that is our focus. If we can make sure her gut is stable and mature and has fewer pathogens in there she then passes fewer pathogens onto her piglets, so the initial [piglet life-stage] is better and then at weaning you look after the piglet through nutrition and natural alternatives. But as you are dealing with a [more robust] piglet from the sow – it [allows for] a better start.”​

In terms of nutritional approaches, she said that many countries are now reducing protein in animal diets and making sure amino acids are well-balanced.

“Some countries have taken zinc oxide from piglet diets already. Some do this by holding growth off for a couple of weeks - as the piglet has less protein, it will grow less. There is less protein entering the lower gut, past the ileum, so the pathogens have less to grow, with the aim being a reduction in the population of pathogenic bacteria. However, we are trying to help manage this so it is more optimal, using acid based eubiotics, so that producers don’t have to go quite as low on protein. The aim is to still enable early growth, but they are not going to have to recover as much weight because we are managing those pathogens in a joined up approach. ​

“Our acid based eubiotics are based around formic and propionic acid, which are well known to have an antibacterial effect. They work on the bacteria that are sensitive to acidic environments such as E.coli or​ Salmonella. What we see, after feeding for two to three weeks, is an increase in the numbers of lactic acid producing bacteria such as Lactobacilli, the beneficial bacteria for the gut, and we see decreases in the numbers of pathogenic bacteria – E. coli and Salmonella.”​

Lactic acid then feeds other good bacteria that induce a rise in caecal butyrate concentrations, which also have an inhibitory effect on E. coli​ and Salmonella​, she explained.

“You are not putting in a protected butyric​​, ​for example, as that then needs to be received at a certain point within the gut, and the wax or the fat coating on those products must be digested by the animal by that time point, which is relying on too many variables, in our opinion. Fat digestion in a young animal is not optimal until around three weeks post-weaning, when it is almost past the point of the struggle.”​

It is about helping the animal be in a natural, beneficial scenario without the use of antibiotics.

“If you look at the research, antibiotics end up delaying maturity in the gut. They hinder the development of the good microflora as well as the bad. And the animal is more susceptible to E.coli and Salmonella challenges after it has been exposed to certain antibiotics such as CTC [chlortetracycline]. ​

“Once you start to see the links in the gut you can be more joined up in your approach going forward.”​ 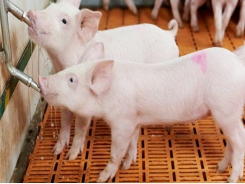 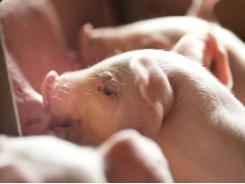 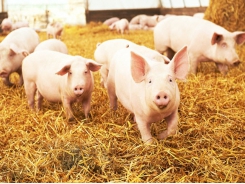