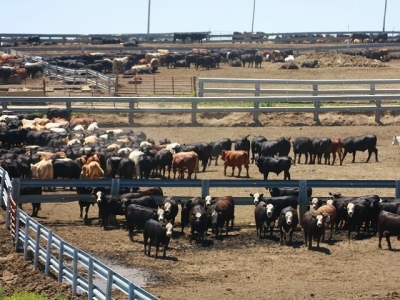 We caught up with Deborah Wilson, senior vice president with BIXSco at ONE, Alltech’s Idea’s Conference in May to hear more about her efforts and the ongoing work involved in defining, promoting and supporting sustainability for members of the beef production industry in Canada.

Beef InfoXchange System (BIXS) is in the process of bringing together industry members to establish an industry-wide tracking system, the company said.

The goal of the project is to design a system that collates animal production information and provides needed information without identifying individuals to different members within the supply chain as a way of building trust and answering the questions asked by consumers.

The tracking system that BIXS is creating can incorporate a number of different protocols, depending on factors that are of interest, Wilson told us. The system could be used to provide a way to follow specific nutritional claims regarding animal diet or the use of specific products if there was an interest.

“We can interface with other software, so if there is a feed program that you’re using – like Alltech’s trace minerals, let’s say – we’d work with Alltech and we’d build in the management for the animals so you could tick a box that the animals are receiving [a particular] management plan,”​ she said. “Or if you’re a grass-only operation we can verify that.”​

Sustainability and transparency are topics that are not going to go away, said Wilson.

“We need to start doing things differently,” ​she said. ​

“At the end of the day, we’ve got to be economically viable, socially responsible and environmentally responsible – those are three things that consumers can all agree with us on,” ​​she added.

Canadian beef producers are participating in the Canadian Beef Sustainability Acceleration Pilot, which was launched by Cargill in partnership with BIXS as wellVerified Beef Production Plus (VBP+). Later on Where Food Comes From (WFCF) got involved.

The pilot started in October 2017.

“We were only going to run for a year, but we’ve now expanded it to two years,”​ said Wilson.

It was launched to test and validate the audit and traceability systems necessary to meet the requirements of the Certified Sustainable Beef Framework established by the Canadian Roundtable for Sustainable Beef (CRSB). This framework, the first of its kind in the world, is a voluntary program that enables cattle producers and beef processors to demonstrate the sustainability of their operations while at the same time supporting the retail and food service industry in their sustainable beef sourcing efforts.

A financial incentive was included to grow participation and as a way of helping support producers, cow-calf operators, feedlots and others involved as they pay for the audits and any potential changes that they have to make, said Wilson.

For contributions made during the first quarter of the pilot, participating cattle ranchers were rewarded $10-per-head for qualifying cattle that could be tracked through audited sustainable operations from farm to fork.

BIXS has been managing the chain of custody and data involved in the tracking program along with distributing the money back to producers, said Wilson.

Animals raised by a registered producer are tracked through the system as coming from a sustainable facility and any information entered into the program database about how the cow was managed, like the diet fed, also move through with the animal.

“The feedlot can’t see who owned the animal previously, but he can see whatever information has been put in – birthdate, breed, sex, weaning weight, average daily gain, vaccination protocols, antibiotic treatments, if it was horned or castrated how it was castrated – that’s in the system,”​ she said.

VBP+, overseen by the Beef Cattle Research Council and operated with the assistance of provincial cattle organizations, is auditing cattle producers for sustainability during this pilot.

The initiative has, so far, been able to successfully certify more than 550,000 pounds of beef according to the CRSB Framework standards and supply chain guidelines. The certified sustainable beef came from more than 70 cattle producers, with many contributing multiple qualifying animals. 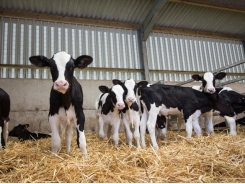 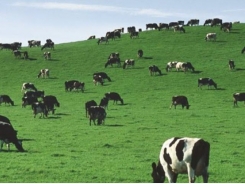 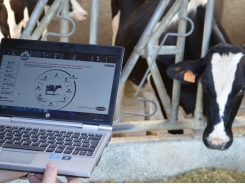