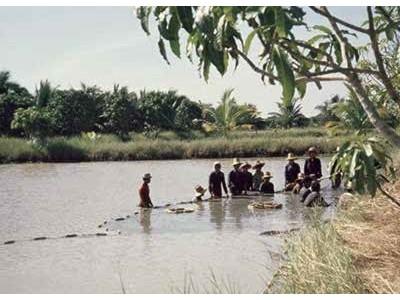 Disease problems on shrimp farms may be partly driven by an interaction between management practices that cause inbreeding in small hatcheries and the amplification by inbreeding of susceptibility to disease and environmental stresses, writes Roger W. Doyle, Ph.D, Genetic Computation Ltd. Taken from the Global Aquaculture Advocate, a Global Aquaculture Alliance publication.

The main effect of inbreeding among animals is to make a bad environment worse. As environments deteriorate, inbred animals die faster than noninbreds. The more inbred the stock, the greater the difference in survival between inbred and non-inbred animals.

Amplification of stress mortality has been shown time and time again in humans, fish, shrimp and many other animals and plants in laboratory, farm and natural environments. As far as we know, all non-accidental causes of mortality, including disease, nutritional and temperature stress and competition, are amplified by inbreeding.

It is very important to realize that inbreeding does not cause, but amplifies disease mortality. In this, it is like the way drunk driving amplifies the death rate from highway accidents. Sober drivers have accidents, too, for all kinds or reasons, but the mortality from accidents is higher when drivers are drunk. By analogy, mortality from all kinds of lethal stress, including disease, is higher when stocks are inbred.

The disease mortality variable on the right side lumps together various measures of the seriousness of a disease, such as incidence, prevalence and morbidity. The biosecurity regulations variable on the left lumps together most, if not all, current and planned regulatory actions intended to diminish the disease problem, such as prohibition of stocks that are not officially free of listed pathogens, prohibitions on the transfer of animals among geographical regions, quarantines and “kill orders” imposed on infected farms and hatcheries.

Figure 1. Beneficial paths between biosecurity regulation and mortality from disease.

The causal paths in Figure 1 work in the following way. When something increases mortality in a farming region, like the emergence of a new pathogen, rising concern among farmers, hatcheries and breeders puts pressure on bureaucrats, scientists and consultants who, in turn, increase the level of regulatory activity. The path that connects disease to regulation is labeled “Fear” in Figure 1. The fear pathway is positive because when the cause (mortality) increases, the effect (regulation) increases, too.

Figure 1 is obviously a simplified model of the disease/regulatory relationship. Whenever you simplify a model, you should also simplify the question you ask of it. In this case, we simply ask, “Is the system stable?”

Any engineer, statistician or audio technician will answer “yes,” because Figure 1 is a negative feedback loop. Something outside the loop drives mortality up, fear drives regulation up, increased regulation drives exposure down, and as exposure goes down, so does mortality. The model in Figure 1 is self-damping and predicts that when a new pathogen arises, the aquaculture system should “vibrate” around some stable level of regulation and disease mortality. If the big picture path diagram in Figure 1 is essentially correct, then our handling of disease crises is on the right track.

However, the path model in Figure 1 is incomplete. A third causal path flows from biosecurity regulation to disease mortality, labeled “Susceptibility” in Figure 2. Susceptibility to pathogens and other environmental stresses is where inbreeding enters the picture. As mentioned above, inbreeding amplifies the effects of environmental stress from poor pond management and exposure to pathogens.

The susceptibility path is positive for a very simple reason. More biosecurity means more postlarvae are produced by matings among close relatives and are therefore inbred. Or in genetic terms, increased regulation reduces the effective population size of the gene pool available to breeders and hatcheries in a farming region.

Closed borders inhibit the entry of new genetic diversity. Breeders respond to the increased value of their broodstock by selling postlarvae that generate inbred offspring when they are used as breeders.

Requirements for specific pathogenfree status also limit diversity. Both kinds of regulations reduce local availability of postlarvae because of limited production capacity and/or high prices. Small “copy hatcheries” that use few and often closely related breeders and do not follow good broodstock management practices increase production to fill the demand for postlarvae.

All three causal paths are shown in Figure 3. So we ask the simple question, “Which has the greater effect on mortality, the negative, stabilizing exposure path or the positive, destabilizing susceptibility path?”

The best answer we have now, unfortunately, is that the susceptibility path is dominant, and the big picture of the current shrimp disease management system is unstable. In a technical paper by the author on shrimp inbreeding, the author estimates that at least 70 per cent of farm postlarvae come from hatcheries that enjoy none of the benefits of increased regulatory activity (lower exposure), but suffer the consequences of inbreeding (higher susceptibility). The path diagram in Figure 3 is weighted accordingly.

How did this come about? Why does the current, widely held consensus resemble Figure 1 rather than Figure 3? It is partly because current proposals for disease management (increasing regulations to reduce exposure to pathogens) generally ignore inbreeding as a side effect. Partly because geneticists have focused on telling hatcheries how to manage their broodstock properly fully thinking through what happens in the poorly run hatcheries that produce 70 per cent of the postlarvae. Partly because of a technical glitch: inbreeding at the farm level is often estimated incorrectly with microsatellite markers.

We know that self-amplifying feedback systems tend to end up either generating a sustained, unbearable howl at maximum amplitude or shake themselves apart. The component of shrimp aquaculture systems most likely to disappear during self-destruction is small-holder farming.

"Up to now, inbreeding has been considered solely a problem in broodstock management rather than farm management. Yet it is on the farm that mortality occurs."

There is another possible outcome that retains the direct, beneficial effect of biosecurity regulation. The people who care about the industry could weaken the indirect (susceptibility) path that leads from biosecurity, through increased inbreeding, to mortality. But is it possible to do this while allowing the present diversity of hatchery and farming styles to persist?

Perhaps. Up to now, inbreeding has been considered solely a problem in broodstock management rather than farm management. Yet it is on the farm that mortality occurs from disease; from interactions among disease, oxygenation, competition and weather; and from inbreeding interactions – with all of these stresses alone and in combination.

It is my personal opinion that inbreeding is fundamentally a management issue that should be controlled at farm level by giving farmers access to verifiable information on the genetic quality of postlarvae, just as they need verifiable information about feed quality, SPF status and oxygen levels to manage ponds properly. Farmers can control inbreeding by choosing the postlarvae supplier, which can be either a big or a small company. If it is a small company, farmers should be able to tell which supplier produces postlarvae that are inbred, and which are not.

It might surprise many non-geneticists that obtaining and verifying this kind of information need not be technically difficult or expensive on a routine basis. 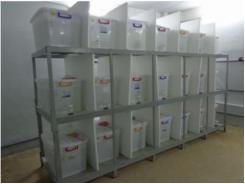 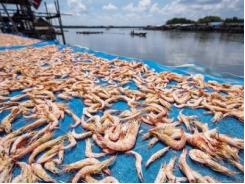 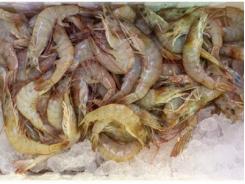