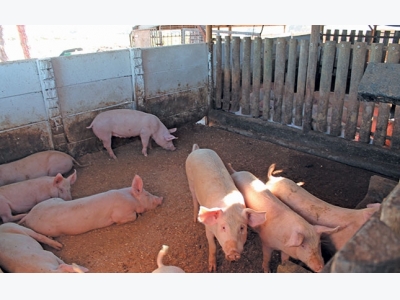 The size of your pig housing infrastructure will depend on the number of pigs you have. Ideally, it should be strong, simple and adaptable, and it need not be expensive, says Shane Brody.

Pig housing should be built from sturdy material. The inside of the house must be divided into a number of individual holding pens to keep pigs of different ages and sizes apart. Photo: Denene Erasmus

Recently, we discussed the basics needed for a pig farming operation. These include a reliable water supply and sufficient capital to start the operation and keep it going until marketing the first batch of pigs. Some farmers invest in livestock but forget that it takes time and money to grow them to marketable size.

This article considers the basics needed for a small pig farming operation: design, infrastructure, construction cost, and running costs, including feed, early in the operation.

The basic infrastructure depends on how many pigs you want to keep. The design should ideally allow for adding further pens as your operation grows. Previously, I suggested starting off by buying weaners (young pigs already on solid food, usually older than 28 days) and growing them out. In this way, you’ll soon learn about pig behaviour, management techniques and daily feed requirements.

Your cash turnover cycle will also be quicker, as you will not need to feed a sow for four months while it is pregnant, manage the birth process, and then feed the piglets until selling them.

It is crucial to consider the economics. Is it worth your while to feed the sow for so many months, or should you let another farmer do this for you, leaving you only the task of growing the weaners out to ‘porker’ or ‘baconer’ size? (These categories will be covered in a future article.)

If you start with six weaners (a practical number), one holding enclosure is fine but two are better in case you need to separate weaker feeders from greedy or aggressive ones, a common problem in pig farming.

Pig shelters can be built in several ways, with some designs being more solid than others. You can also use the structure of an existing outbuilding, adding internal compartments as needed.

Brick and mortar construction is strong but expensive, and the layout cannot easily be changed at a later stage.

I suggest using medium-heavy steel gates to form enclosures around the sleeping areas as this is cheaper than building walls. You can have some made-to-purpose, or use sheep gates bought at a co-op. Using wire or heavy duty cable ties, link the gates to one another to create a firm structure. You can at any time change the arrangement/size of the enclosures.

Avoid using net or other types of fencing. A pig is a strong animal and may start biting or forcing its nose through such a fence, eventually creating an escape route. You may have to cover a gate with some form of netting when housing young weaners, which can escape through the bars.

Concrete or paved surfaces are easier to clean. Otherwise site the pens on slightly sloping ground for water run-off when it rains. A permanently muddy surface with puddles of water promotes disease.

The enclosure needs a feeding trough long enough to provide each feeding pig standing space. The trough can be built from brick and mortar (about 60cm wide and 30cm above ground level) along one of the boundaries. A long concrete sheep drinking trough is also a good pig feeding trough. It is portable and easy to clean. 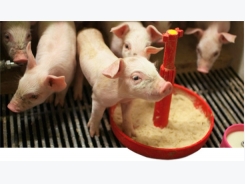 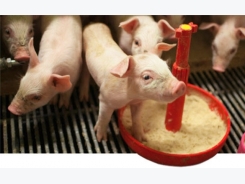 Strategies to control piglet weight variability in the nursery (2/2): Feeding and feeding 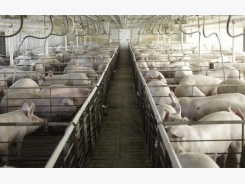 Influenza A Virus in Swine: What You Need to Know
Sản phẩm khuyên dùng

Influenza A Virus in Swine: What You Need…