Are broiler feed prestarters worth the cost? 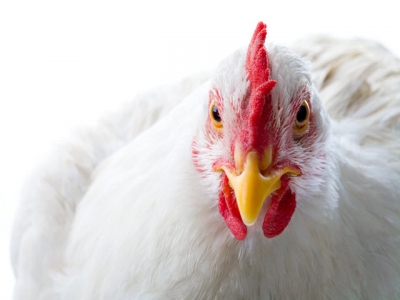 Once poultry processors start making more money and nationwide production goes up, growth in the poultry industry should really take off.

A fortified prestarter formula enhances early broiler growth. The challenge, however, is how to balance the value of increased growth with the increased feed cost.

Young broilers experience unrealized growth potential during the first week post-hatch when fed conventional cereal-soy diets. The use of fortified prestarter diets to enhance early broiler growth is a controversial topic among nutritionists mainly because of feed costs. These formulas can double the cost of a conventional broiler diet, but its impact on growth rate is rarely questioned.

Most fortified prestarter formulas usually contain higher levels of energy and amino acids. This increased nutrient density can be as much as 20 percent compared to normal levels, but in most cases it does not exceed 10 percent. In fact, it has been estimated that nutrient digestibility in young broilers is no more than 10 percent less than in older broilers. The only issue with this approach is that unless crystalline amino acids are used, total dietary protein levels must be rather high, with well-known adverse effects on animal health and environmental sustainability.

Another approach is adding highly digestible ingredients, as is the case with very young piglets. Such ingredients include animal plasma, hemoglobin, low-temperature fishmeal, soy protein concentrate, potato protein, wheat gluten, dextrose, rice, starch and decorticated oats. By adding these ingredients to feed, nutrient digestibility is naturally high, ensuring an increased level of nutrient uptake without having to rely on high-density diets. When using fortified prestarters, the use of lactose and other dairy products such as sweet whey at very low inclusion levels also is incorporated with positive results.

Enzymes that increase energy and protein digestibility are another way to enhance early broiler growth. However, current enzyme products cannot fully cover the required increase in nutrient density. Enzymes can be of value in diminishing the effect of anti-nutritional factors found in many cereals, such as wheat and barley. After establishing the need for a super broiler prestarter formula, it is important to decide on the maximal length of its use to control costs. In most cases, feeding a special prestarter is rarely practiced beyond the first week post-hatch. The higher the quality of the special prestarter, the shorter the duration of the feeding period required.

The final question is that of long-term effects from feeding broilers expensive diets. In one controlled study, a highly digestible diet was offered for the first four days post-hatch and chick growth was enhanced by almost 35 percent. At market age (42 days), broilers fed a conventional diet during the first four days were about 10 percent lighter than broilers that had been on a super prestarter formula. Apparently, given the very short growing period, broilers fed the conventional diet were not able to compensate for lost growth potential during their first week of life. As a result, it must be calculated that this extra weight at market age is valued higher than the cost of feeding the super prestarter formula. 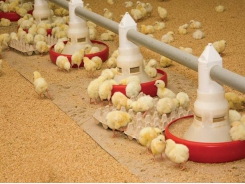 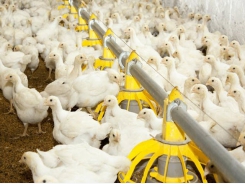 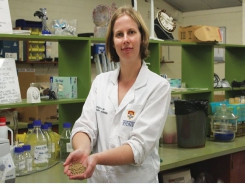