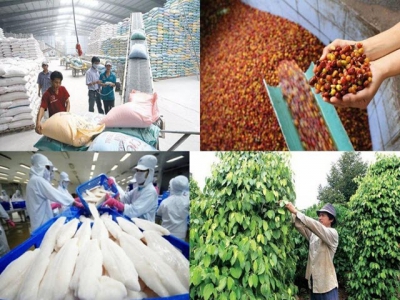 In 2020, the agricultural sector is determined to face difficulties and new challenges, such asproduct quality and product safety are not appreciated, and consumer markets are not stable. The whole sectoraims to export agricultural, forestry and fishery products worthUS$42 billion.

At the final meeting of Agriculture and Rural Development 2019 on December 23, in Hanoi, the Minister of Agriculture and Rural Development Nguyen Xuan Cuongsaid thatin 2019, the agriculture and rural development sector continues to effectively carry out schemes and plans to restructure the sector in a comprehensive, and synchronized manner that focused on key subjects; overcame challenges, opened up export and import markets; and improved the investment environment and national competitiveness of agricultural products.

Specifically, the whole sector has completed and exceeded three of four targets including: exports of agricultural, forestry and fishery products (AFF) was estimated at US$41.3 billion, trade surplus reached a high rate of US$10.4 billion, up by 19.3 percent, the forest coverage rate reached 41.85 percent; the percentage of communes meeting new rural criteria was 54 percent, 111 district units metthenew rural development tasks.

"The low target is GDP growth of 2.2 percent, mainly due to the African swine fever which reduces about 1.1 percent of the sector’s growth," said Nguyen Xuan Cuong.

In 2020, the global and regional situation is forecast to continue to be complicated and unpredictable, such asthe economy is growing slowly; trade wars among major economies are continuing, many countries will strengthen technical barriers and trade remedies to protect domestic production.

In addition, the fourthindustrial revolution will have a strong impact on many aspects, along with the increase in population, the demand for agricultural products in the world tends to increase but requirements on quality and food safety aregetting stricter.

Minister Nguyen Xuan Cuong acknowledged that, in 2020, the agricultural sector is determined to further facedifficulties and new challenges such as product quality and product safety are not appreciated, so the competitiveness of the sector is limited.

In addition, consumer markets are unstable and trade wars between major countries will continue. Diseasesofplants and animals are becoming more and more complicated, in which African swine fever takes long time to be solved.

The Ministry of Agriculture and Rural Development proposed the Government to direct ministries and sectors to review and renew mechanisms and policies to promote agricultural restructuring and development and new rural development.

In 2020, the Government will submit to the National Assembly amendments and supplements to the Land Law in the direction of prioritizing removing land policies, developing the land use right market to create more favorable conditions for land accumulation and large-scale agricultural production.

However, in reality, so far, central and local budgets have been poorly allocated or have been insignificantly allocated to support investors; the Prime Minister is proposed to direct ministries and localities to make plans to balance the allocation of fundsas described in the Decree.

Agricultural restructuring has been synchronously deployed in all localities; innovation and development of production forms have not met the requirements; value-chain based associated production has not become popular.

The growth rate of export turnover showed signs of slowing down due to the decline in export prices of major agricultural products; and progress of solving "yellow card" of the European Commission (EC) for fishing is still slow.

Diseases on plants and animals are always at risk of outbreaks, especially African swine fever has been widespread and complicated, greatly affecting the growth rate of the sector; food safety management is still a problem.

The difference of new rural development among regions is quite large. Many regions are lower than the national level, showing that the allocation of resources, directions, methods of mobilizing resources were inappropriate and ineffective. 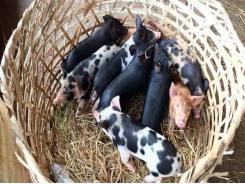 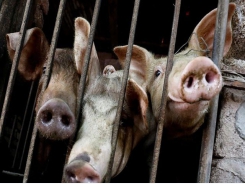 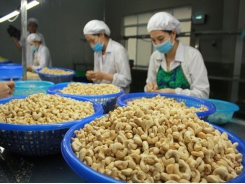