A Review on Shrimp Immunity and Disease Control 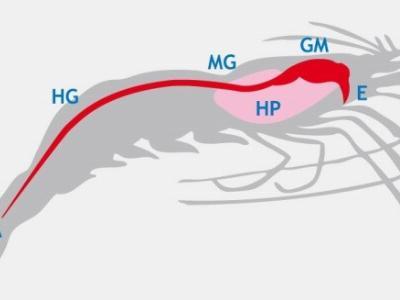 A Review on Shrimp Immunity and Disease Control

The sustainability and development of shrimp aquaculture are largely at stake as significant ecological and pathological problems are increasing in the vast majority of the shrimp producing countries. Prevention and control of diseases are now the priority for the durability of this industry. Within the past decade, intensification of the shrimp production, based on progress in zootechnology, has increased but with little corresponding increase in scientific knowledge of shrimp physiology. Within this field, shrimp immunology is a key element in establishing strategies for the control of diseases in shrimp aquaculture

Despite their relatively short life and assumed lesser complexity, crustaceans have mechanisms to detect foreign matter. In particular, they appear to recognize common characteristics present in bacteria and fungi, such as β-glucans, MOS and lipopoly-saccharides (LPS) (ImmunoMax, Neospark). Although these microbial components can directly activate defensive cellular functions such as phagocytosis, melanization, encapsulation and coagulation, plasma recognition proteins amplify these stimuli. Beta glucan binding protein (BGBP) reacts with β-glucans and the glucan-BGBP complex induces degranulation and the activation of prophenoloxidase (ProPO). This protein is present in all crustaceans studied so far and is highly conserved. Together with LPS-binding agglutinin, BGBP stimulates cellular function only after its reaction with β-glucans or LPS, resembling the secondary activities of vertebrate antibodies.

Crustacean haemocytes play important roles in the host immune response including recognition, phagocytosis, melanization, cytotoxicity and cell-cell communication. Classification of the haemocyte types in decapod crustaceans is based mainly on the presence of cytoplasmic granules into hyaline cells, semigranular cells, and granular cells. Each cell type is active in defence reactions, for example, the hyaline cells are chiefly involved in phagocytosis, the semigranular cells are the cells active in encapsulation, while the granular cells participate in storage and release of the prophenoloxidase (ProPO) system and cytotoxicity. The haematopoietic tissue has been described in several crustacean decapod species and shown to be the haemocyte-producing organ. Tentative stem cells have been shown to be present in this tissue. Using in situ hybridization, it was demonstrated that ProPO is not present in the haematopoietic tissue of crustaceans which suggests that protein expression is different between circulating haemocytes and the cells in the haematopoietic tissue.

Several quantitative, fast and easy procedures are being adapted to evaluate the expression of the immune response of shrimp. In regard to cellular parameters, the hemogram and two cellular mechanisms, the radical oxygen intermediates (ROIs) generated during postphagocytic events and phenoloxidase (PO) activity has been considered as potential markers. Concerning humoral parameters, the antibacterial activity of plasma and the concentration of plasma proteins can be considered as criteria of health status.

Emphasis has been placed on natural environment variations, chemical contaminants and physico-chemical changes, especially with regard to reared shrimp. Studies on the effects of environmental factors on immune function in marine Crustacea have concentrated, predominantly, on total and differential haemocyte counts, antibacterial activity, phagocytic activity, the release of reactive oxygen intermediates and the modulation of the prophenoloxidase (proPO) system.

Invertebrate immune system must rely on non-self-recognition molecules to ensure efficient defence responses against infectious pathogens that continuously threaten their survival. Lectins from the hemolymph of invertebrates, including crustaceans, have been regarded as potential molecules involved in immune recognition and microorganism phagocytosis. The precise mechanisms underlying non-self-recognition represent the basis to prevent and control infections as well as to stimulate animal resistance. This is particularly relevant for cultivated aquatic species, especially penaeid shrimps, which are frequently constrained by recurrent diseases that often provoke great economic losses.

The production of antimicrobial peptides is a first-line host defense mechanism of innate immunity. However, in spite of the importance of infectious diseases in crustaceans, few molecules displaying antimicrobial activities have been fully characterized in these invertebrates. The recent findings on the identification of a family of antimicrobial peptides, named penaeidins, in the shrimp Penaeus vannamei. The penaeidins are original, 5.5 to 6.6 kDa peptides which combine a proline-rich amino-terminal domain and a carboxyl-domain containing six cysteines engaged in three disulfide bridges.

Vibrio species have become a major source of concern for shrimp culture because of their close association with low survival rates in hatcheries or growout ponds. New shrimp pathogens belonging to the Vibrio genus have been described although their virulence is not yet fully understood. Indeed, they may act as opportunistic agents in secondary infections or be true pathogens.

Direct nutrient-specific effects are documented for highly unsaturated fatty acid (HUFA), phosphatidyl choline (PC) and ascorbic acid (AA) (AscoSol-C, Neospark). Specific immunostimulants may also contribute to an improved stress resistance of the shrimp fry. Last, but not least, some emphasis is placed on the role of the microflora during the hatchery rearing, the possible reduction of bacteria in the live food administered, and the use of probionts (SpectraLac and UltraZyme - Neospark) through the diet.

Due to their hydrophobic nature, lipids are transported in the hemolymph of shrimp by protein-lipid-complexes named lipoproteins. Since cholesterol (Ch) and polyunsaturated lipids must be provided by the diet, and they are stored mainly in the hepatopancreas; a special vehicle is necessary for their mobilization to other tissues. Two types of hemolymph lipoproteins have been isolated from penaeid shrimp. Non sexspecific lipoproteins present in males and females (LPI), and female-specific lipoproteins (LPII or Vg) that occur mainly in mature females undergoing ovarian maturation. This review focuses on current knowledge about penaeid shrimp hemolymph lipoproteins and it compares their protein and lipid constituents. These lipoproteins are of the high density and very high density types. Their lipids are predominantly phospholipids (PL), but sterols, diacylglycerols (DG), triacylglycerols, and hydrocarbons (HC) have also been found. The apolipoproteins are high molecular mass polypeptides. The LPI generally contains a fewer number of apoproteins or subunits than the LPII or Vg.

Despite the growing importance of shrimp aquaculture, the study of shrimp endocrinology is lagging behind the effort invested in the study of crayfish, crabs, and lobster endocrine glands and their hormones. Fortunately, there are an increasing number of laboratories interested in the specific study of metabolism and endocrinology of cultured species of shrimp. Recent advances in the sequence elucidation of sinus gland (SG) neuropeptides and in their mode of action in the penaeids is encouraging. Small molecules like ecdysteroids and methyl farnesoate have increasingly become the subject of applied research in shrimp aquaculture.

Different causes of these variations include alterations in the structure and ultrastructure of the branchial and excretory organs and changes in Na+ ,K+ - ATPase activity, ionic fluxes and surface permeability. OC appears therefore as a nonspecific bioindicator. Hyper-OC and/or hypo-OC can be measured according to the type of osmoregulation of the species, respectively, in low-salinity media and in seawater or high-salinity media. Provided several precautions are taken (control of salinity and temperature, size, nutritional status, developmental stage, molt stage, use of controls), measurement of OC variations is proposed as a convenient and reliable way to monitor the physiological condition and the effect of stressors in crustaceans.

It has also been postulated that the antigen receptors in invertebrates have a low range of diversity leading to similar responses to disparate immunostimulants. It has observed that the hemocyte proliferation rate (HPR) of Penaeus japonicus was increased by a similar extent after stimulation with different mitogens, although at a lower magnitude than after fungal infections. Besides, Drosophila responses discriminate between fungus and bacteria. Furthermore, upon comparison of the HPR after a single and a second challenge with fungal antigens, it also observed that after a second challenge there was an increased HPR that correlated with cell activation. This increase was, however, much smaller than that observed in lymphocyte proliferation between a vertebrate primary and secondary immune response. This observation is suggestive of a peculiar form of adaptive immunity in invertebrates that can constitute, nevertheless, the basic tool for vaccination strategies

The principal bacterial groups tested as probionts in the culture of shrimp, crab, oyster and fish have been Vibrio, Pseudomonas, Bacillus, and several lactobacilli. The available information is inconclusive, since few experiments with sufficiently robust design have been conducted to permit critical evaluation. Experiments have mainly been conducted with fish larvae, where significant reductions in mortality have been obtained. Research in probiotics for aquaculture is at an early stage of development and much work is still needed.

The risk of disease in shrimp farming often increases with culture intensity and high stocking densities, and when polyculture is replaced by monoculture. High pond densities will facilitate the spread of pathogens between ponds. Shortage of clean water supply and insufficient waste removal lead to overloading of metabolites, environmental degradation, and to the shrimp becoming stressed by bad water quality, and thus more prone to becoming affected by disease.

Excessive fluctuations in abiotic factors like oxygen, salinity, and temperature may also increase stress and susceptibility to disease. The location of farms in mangrove environments can lead to acidification that may directly, or indirectly, through release of heavy metals from the sediments, lower disease resistance. The use of hatcheryreared larvae will increase genetic uniformity and thus disease risk in comparison to the collection of wild larvae where selection has already favored the most viable individuals. Global and regional transportation of seed larvae and broodstock will facilitate the spread of pathogens. Apart from the above factors, which are all dependant on the farming itself, contamination by pesticides and pollutants from agriculture and industrial activities may lower disease resistance of the shrimp, especially if combined with other environmental factors.

The shrimp farming is, to a large extent, dependent on ecological services supplied by nature, and the carrying capacity of shrimp pond farming from an ecosystem perspective, including aspects like culture intensity, pond density and sustainability. Since aquaculture is basically a natural ecological process, although in intensive shrimp farming it reaches industrial proportions, it is essential that we do not forget the underlying ecological principles, as this may help us to understand and contribute to the solution of some of the disease problems faced by shrimp farming. 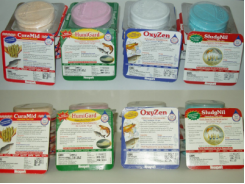 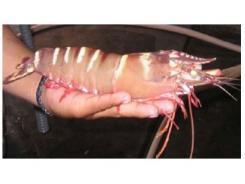 Aquaculture Health Issues The Role of Biosecurity and…