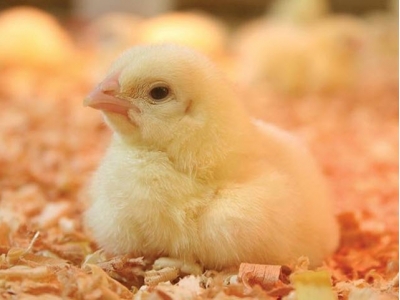 Melanie Johnson | Freeimages.com | Marine algal extracts are used as an additive in pig and poultry diets with promising results. Seaweeds have been shown to possess several functional properties, including those of a functional fiber, with immune-stimulating and prebiotic effects.

The term functional includes a diverse group of ingredients that share a common trait -- that of improving gut health. These ingredients surfaced during the search for antibiotic replacements, but they are used increasingly even in diets with...

"Functional" is a term usually associated with non-nutritive aspects of an ingredient. Lately it has been associated with optimal gut health, but it also encompasses immunity and antimicrobial activity. In other terms, functional may be called any ingredient that is indirectly associated with animal health. For example, animal plasma is a good source of protein, but it is not the protein that makes it an integral part of any high-quality piglet feed: it is the high immunoglobulin concentration in animal plasma that makes this a functional ingredient. Below is a list of four very important functional ingredients that feature very highly in many piglet and broiler feeds.

1. Immunoglobulins.  Good sources of immunoglobulins include animal plasma, egg antibodies and bovine colostrum. They act by neutralizing piglet-specific bacteria and viruses in the gut. The effects of these immunoglobulins are well demonstrated, and these ingredients, albeit very expensive, are found in the majority of piglet diets. The exact source depends on cost, quality and specificity. A new application of hen hyper-immunization to produce specific egg antibodies is the production of anti-interleucine 10 (IL10) specific antibodies. These antibodies when fed in broiler diets managed to reverse the immune-suppressive effect of microorganisms resulting in better performance for infected birds.

2. Fibers.  Today, purified or concentrated sources of specific fibers are used to provide a number of functional aspects such as: prevention of constipation, prebiotic effect in antibiotic-free programs and water absorption against nutritional secretory (non-pathogenic) diarrhea. Not all fiber sources can do all of the above with the same efficacy, but some sources are better in some aspects than others. For example, inulin is used almost exclusively for its prebiotic effect. On the other hand, lignocellulose (wood fiber) can do all of the above. Using the right form of fiber, at the right concentration, and for the correct reason, is the best way to ensure the best return on investment.

3. Minerals.  Zinc oxide and copper sulfate are two traditional sources of zinc and copper, both essential trace minerals added in almost all diets for poultry and pigs. Nevertheless, these two specific forms of zinc and copper have been shown to posses antibacterial (or rather, bacteria modulating) properties. For example, the use of zinc oxide is known to increase growth and depress diarrheas in piglets, immediately after weaning, whereas copper sulfate is equally effective but mostly during the later nursery period. Furthermore, it appears these mineral sources, and especially copper sulfate, have a role to play in broiler diets.

4. Algae.  Few consider seaweeds as a viable source of energy and protein for terrestrial animals (at least until their cost becomes more attractive). Macro-algae have been shown, however, to possess several functional properties, including those of a functional fiber, with immune-stimulating and prebiotic effects. Today, marine algal extracts are used as an additive in pig and poultry diets with promising results. Furthermore, micro-algae have been shown to contain high levels of beneficial lipids that can be used in layer and sow diets as a source of omega-3 fatty acids. Finally, both types of algae are used as an active component in clay-based anti-mycotoxin agents. For example, the treatment of clay with a macro-algal extract has been shown to increase the reactive surface of clay up to eight times.

Of course, there is a plethora of other ingredients with claims on functional properties. Some of them are direct gut additives, such as phytogenic compounds, for which the term functional would appear superfluous. Others have failed to establish a strong footing in the industry, not because they lack a strong theoretical base; such is the case of nucleotides. Yet, other ingredients are called functional without actually offering any such properties, as they are pure additives with a very strict and direct effect: such is the case for mycotoxin binders and enzymes.

At the end of the day, the term functional remains an arbitrary one used quite loosely. In my opinion, it is best suited for ingredients with an established nutritional role offering additional gut health properties. Perhaps, we need to come up with a new and more specific term for such ingredients. 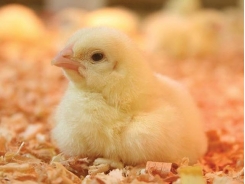 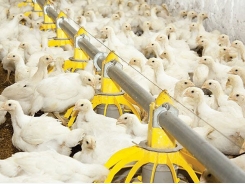 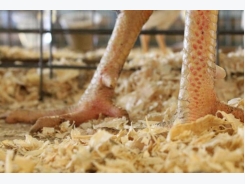