10 important days in the life of a broiler 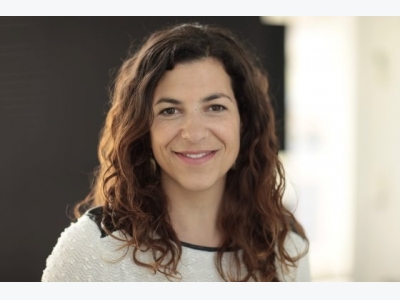 Why does an efficient starter diet during the first 10 days make a difference to broiler performance throughout the production lifecycle? A feeding trial at the University of New England, Australia, has investigated the carry-over effect of HP AviStart from Hamlet Protein on broiler digestive systems.

HP AviStart is a source of highly digestible soy protein that is low in anti-nutritional factors. For the trial, 2.5%, 5% and 10% doses were added to maize and wheat-based starter diets which were then fed to male Ross 308 birds from day 1 to day 10. The control diets contained no HP AviStart.

The birds were housed in groups of 10, with 6 replicates per treatment.

Regardless of whether broilers received the wheat or maize-based diet, feed conversion rate and carcass yield were both improved if the diet contained HP AviStart. The highest dose of the specialty soy protein gave the lowest FCR compared to the control (Table 1).

Table 1 - Performance from day 1-35 of birds fed increasing levels of HP AviStart during starter period (day 1-10) in a maize or wheat-based diet.

ᵃ˒ᵇ- Mean values with an ᵃ and ᵇ superscript in the same row are significantly different (P<0.05) 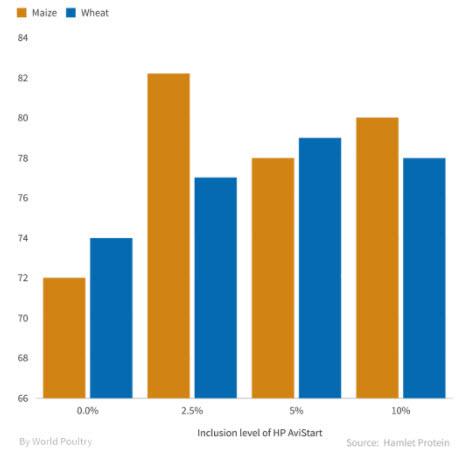 Improved carcass yield was calculated from breast, thigh and drumstick measurements. Compared to the control group, birds fed a starter diet with HP AviStart had around 10% more breast and thigh meat and 5% higher drumstick yield. The highest yield was obtained with 5% addition of HP AviStart (Table 2).

In broilers fed both the maize and wheat-based diets, villus/crypt ratio increased following a starter diet with HP AviStart and was highest at a 5% addition rate. A strong correlation was observed between villus/crypt ratio and breast meat. 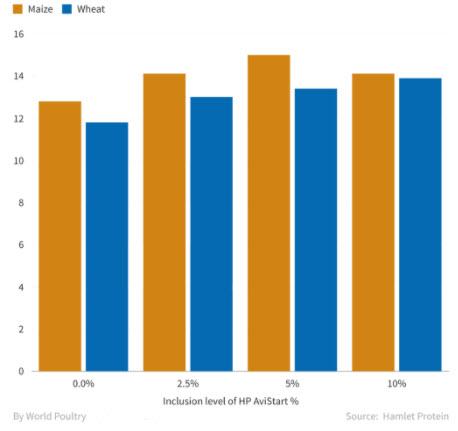 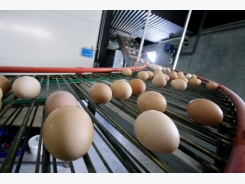 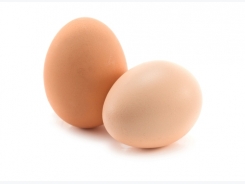 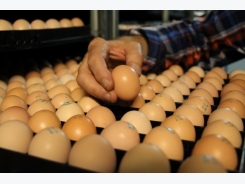