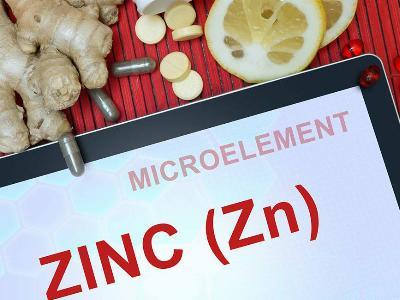 Zinc is an essential nutrient, but it is also a potent biohazard that requires careful monitoring to allow its long-term availability in animal feeds. | Designer491, Dreamstime.com

Zinc is a problem area for regions with intensive densities of animal production, and we should anticipate tighter control over its use and disposal.

Last fall, I was invited to the first EAAP-Animine Academy in Paris, where I had the opportunity to refresh my knowledge on zinc and copper. Here, I am sharing some interesting notes that I believe will help us design better feeds.

In 2003, the European Union set an upper limit to zinc concentration in pig feeds from 250 ppm (mg/kg complete feed as-is basis) down to 150 ppm. As most complete feeds contain 30-40 ppm natural zinc, this allows supplementation, mostly from zinc oxide or zinc sulphate, at no more than 110 ppm zinc. For most pig feeds, this level is more than enough as requirements are no more than 100 ppm. For weaned pigs, there is a problem with this upper limit.

Not that weaned pigs require more than 100 ppm zinc to grow, but with the EU regulation 1334/2003 the widespread use of zinc oxide at pharmacological doses (from 2,000 up to 4,000 ppm zinc) stopped, only to be re-allowed under veterinary prescription in 2005 to confront the problem of poor gut health as growth-promoting antibiotics were phased out.

Why is zinc regulated?

To understand the above situation we must realize that zinc is first a heavy metal, which is toxic to living organisms (animals, bacteria, plants) when encountered in high concentrations. In pigs, for example, feeding more than 1,000 ppm zinc for more than four weeks can cause toxicity, of which the first symptom is a drastic reduction in daily feed intake. Plants suffer when soil concentration in zinc exceeds 100 ppm, whereas bacteria in soil appear a bit more resistant at 150 ppm. Although animal toxicity can happen only very rarely (weaned pigs only received pharmacological zinc oxide dosages for one to three weeks post-weaning, and then feed intake is relatively small), this is not the major concern of the EU regulation agencies. Instead chlorosis is the main concern, as this might curb agricultural productivity in the EU — after all, pig manure is usually spread in arable land.

Plants require iron as part of their chlorophyll photosynthesis system. They acquire iron from the soil, and there is rarely a deficiency of iron. But, heavy accumulation of trace minerals such as cooper (another EU-regulated mineral) and zinc can bind such iron in the soil, making it unavailable to plants. Not only that, but zinc competes with iron absorption sites in the plant, further promoting this secondary iron deficiency state. Thus, plants cannot synthesize chlorophyll and appear pale (hence, the term chlorosis). In turn, the lack of chlorophyll reduces photosynthesis, leading to lower productivity. In other words, affected plants, such as cereal crops, produce less in heavily contaminated fields.

It has been estimated that between 1973 and 1983, zinc accumulation in Western Europe is about 0.41 ppm per year. Given the present burdened state of most arable land in the EU, it is not unreasonable to expect such lands to reach toxic levels within a few generations from now. Some pessimistic estimates call for 80 years until such premium arable lands become useless. And, this is why the EU is rethinking its zinc (and copper) policy.

One aspect of zinc in animal nutrition is the interaction of zinc with phytase. This enzyme is capable of releasing zinc bound (and hence, unavailable to the animal) in phytate, along with phosphorus. The EU is thinking that the widespread use of phytase may allow for a further reduction on the upper limit for zinc. For example, it has been estimated that using phytase may provide an incentive to reduce the zinc upper limit from 150 down to 110 ppm, which would allow only up to 70 ppm zinc to be supplied by inorganic forms. There is a very interesting paper titled “Scientific Opinion on the potential reduction of the currently authorised maximum zinc content in complete feed” that provides insight to current EU thinking about the future.

Perhaps the most important issue that needs to be addressed before even discussing upper limits for zinc is to establish accurate requirements. Currently, the accepted zinc requirement levels are based on old(er) data derived from young(er) pigs. Thus, zinc requirements for older pigs are extrapolated from such experiments. Plus, the requirements are based on "total" zinc, whereas a more accurate expression would be on a "digestible" basis — not unlike the case for amino acids and phosphorus. But, such trials require centralized organization and funding, and here is where the combined resources of the European Union can come into play for the benefit of the community.

The most important issue that needs to be addressed before even discussing upper limits for zinc is to establish accurate requirements.

Naturally, the use of highly bioavailable forms of zinc, such as chelated sources, can provide an alternative to minimize zinc excretion in manure and subsequently in soils. But, and this is a very big but, before we employ such forms of zinc:

The case of zinc oxide for weaned pigs

Here, we must consider two alternatives. One is the approach discussed in Belgium: that is, to reduce zinc in diets for growing-finishing pigs in exchange of allowing pharmacological dosages in weaned pig diets. In other words, instead of looking at zinc in feed, we can focus on total farm zinc output. This works best when farms are farrowing-to-finish, as all-nursery facilities would have trouble following this scheme.

The other approach is to look for alternative forms of zinc oxide. That is, zinc oxide products that can be used at low(er) concentrations but with comparable effects such as those observed with normal zinc oxide used at pharmacological dosages. Today, there are two such products in the market:

Zinc is a problem area for the EU, and we should anticipate tighter control over its use and disposal. Being proactive, it is recommended to focus on establishing accurate animal zinc requirements, on a digestible basis, whereas exploring the use of more "friendly" forms of zinc, such as highly bioavailable zinc, to cover nutritional needs, and protected or porous zinc oxide for health coverage in weaned pigs. All require generous funding from the EU and the private sector.

Ioannis Mavromichalis, Ph.D., is Nutrition Editor for WATTAgNet and Editor-in-Chief of Pig International 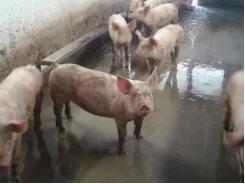 Solid floors are difficult to clean - TIPS ON PIGS 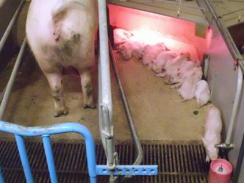 Cleaning the bowls for milk replacer supplementation - TIPS ON PIGS 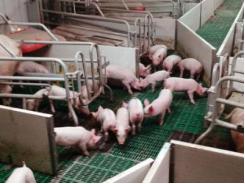