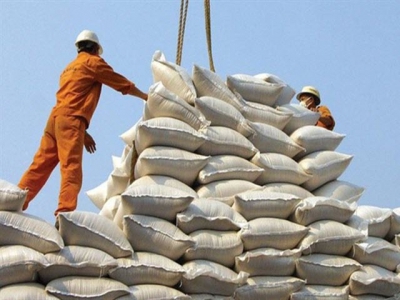 HÀ NỘI — Experts believe Việt Nam needs a long-term strategy to increase the quality of its rice exports to create sustainable growth in the future.

Sacks of rice are loaded for export. — Photo vneconomy

To meet the changing demands of export markets, Bùi Thị Thanh Tâm, general director of VinaFoods 1 Corporation, said firms should invest in domestic production to increase the quality of rice.

To do that, the agriculture sector needed support from relevant ministries.

The Ministry of Industry and Trade focuses on developing markets and negotiating free trade agreements (FTAs) to create favourable conditions for rice exports. Meanwhile, the Ministry of Agriculture and Rural Development (MARD) is in charge of production, including improving rice quality.

Local authorities needed to guide and encourage farmers to produce organic rice so that Việt Nam could offer clean materials to meet market demands. Businesses also needed to ensure the quality of the rice they were exporting. If those parts were linked, it would ensure the sustainable growth of rice exports, Tâm said.

Minister of Agriculture and Rural Development Nguyễn Xuân Cường said the global rice market was at present about 36-40 million tonnes per year. Of this figure, Việt Nam exported 7 million tonnes of rice per year, but had failed to reach high export value due to its passive approach.

In the long-term strategy, the agriculture sector should look at reducing the total area of rice plantations to a level that ensured food security and partial exports.

Cường said the domestic market needed to ensure supplies and the quality of rice and packaging. Regarding export markets, Việt Nam should promote and expand markets, for examples, in Africa and the Middle East, as well as regional markets such as Indonesia and the Philippines.

Cường said this year, the winter-spring rice crop in the Mekong Delta had yielded up to 14 million tonnes. Despite a significant drop in exports to China, Việt Nam had still gained growth in export volume.

Việt Nam's major competitor, Thailand, was facing a severe drought, affecting the country's rice production. Singapore, which regularly imported 30-40 per cent of its rice from Thailand, was considering a strategy to diversify imports from other sources, according to MARD.

Opportunities to exporting rice to Singapore wwould result for many other countries, especially Việt Nam and Cambodia.

In addition, Japan, which regularly imported 50 per cent of its rice demand from the US, was also considering switching to importing rice from CPTPP (Comprehensive and Progressive Agreement for Trans-Pacific Partnership) members, including Việt Nam.

MARD said the rice export volume in the first nine months was estimated at 5.2 million tonnes, earning US$ 2.24 billion, up 5.9 per cent in volume but down 9.8 per cent in value compared to the same period in 2018.

Of which, rice exports in September were estimated at 586,000 tonnes, earning $251 million.

Deputy Director of the Ministry of Industry and Trade’s Import and Export Department Trần Thanh Hải said China had been Việt Nam's largest rice export market for many years, but this year exports had fallen by 65 per cent.

In 2018, China tightened controls for rice from Việt Nam including quality control and traceability. It has also set an import quota of about 5 million tonnes of rice this year, but in fact, it is only likely to import about 3.3 million tonnes.

Tâm said China had adopted a plant quarantine policy. This had forced local firms to promote rice exports in other markets. For example, exports to the Philippines had doubled or even tripled against previous years. The Iraqi market had also imported up to 400,000 tonnes of Vietnamese rice.

Despite these difficulties, Tâm said Việt Nam would still reach its target of exporting more than 6.5 million tonnes of rice this year. 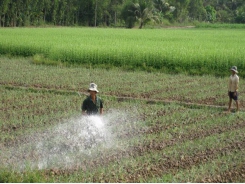 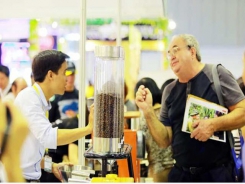 An escape for coffee growers, traders 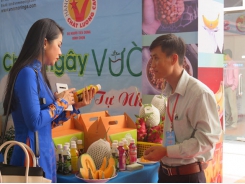 Against the grain, Vietnam must shift to high…