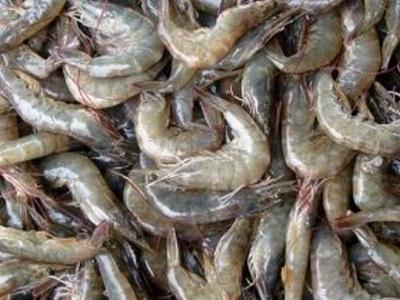 INDIA - Introduction of exotic ‘vannamei’ shrimp into India’s coastal aquaculture system has significantly contributed to maintaining the momentum in the country’s marine product exports, according to MPEDA.

“As the shrimp production saw a surge, our exports also grew accordingly, given frozen shrimp is the major item of export from the country,” he said.

Black Tiger Shrimp is mostly farmed in the traditional ponds of West Bengal, Odisha and Kerala, whereas the exotic vannamei variety is farmed mainly in states like Andhra Pradesh, Gujarat, Tamil Nadu and Odisha, he said.

India has produced 4.09 lakh tonnes of vannamei shrimp during 2015-16. The broodstock of vannamei variety is imported from abroad right now. The import quarantine facility for vannamei broodstock is located at Chennai and is operated by the MPEDA’s subsidiary organisation, Rajiv Gandhi Centre for Aquaculture (RGCA).

MPEDA has also developed high health shrimp seeds for farmers so that crop failures can be minimised.

“It has also developed technology for seed production and farming of variety of species such as Tilapia, Seabass and Mangrove crab. Many farmers in Andhra Pradesh, Tamil Nadu, Maharashtra and Odisha have taken up the farming of those varieties. MPEDA is hopeful that those varieties also will substantially contribute to the country’s export production in the near future,” he said.

“However, we have utilised just 11 per cent of our potential area suitable for coastal aquaculture. It is important that the governing bodies shall identify and notify specific aquaculture zones, which will give a fillip to the long standing demand of farmers to augment production with least social conflicts,” he said.

Indian shrimp especially enjoys very good demand in all major overseas markets. Despite prevailing anti-dumping duty on frozen shrimp, India remains the largest supplier of the item to the US market, he said.

The bigger sizes of shrimp offered by India at very reasonable rate is much enjoyed by the US and European buyers alike. It is also a leading supplier of frozen shrimp to Japan and Europe as well. Indian Black Tiger shrimp from traditional farms enjoys a niche market in Japan, he revealed. 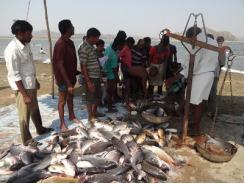 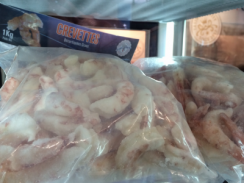 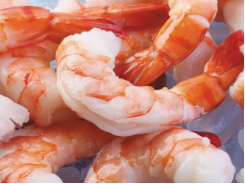