Torula yeast can replace up to 60% of fish meal in shrimp diets: study 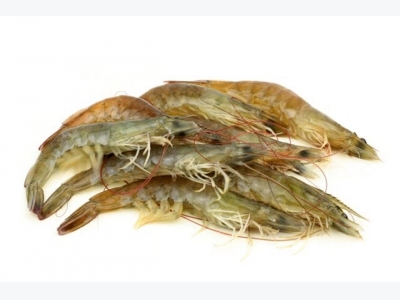 Torula yeast may support farmed shrimp growth and survival when replacing portions of fishmeal in the diet, say researchers.

A group of researchers in Mexico examined the use of torula yeast and fishmeal in diets for farmed pacific white shrimp (litopenaeus vannamei).

The team published their results in the journal Aquaculture​.

They said the trial indicated the suitability of this single cell protein as dietary ingredient in pacific white shrimp by up to 60% replacement of fishmeal.

Pacific white shrimp are one of the mostly commonly farmed shrimp species, but expansion in its production and that of other aquaculture species is placing pressure on the use of finite marine-based feed ingredients like fishmeal, said the researchers.

Several alternative sources of plant and microbial proteins are being investigated as partial substitutes for fishmeal including, they said, defatted microalgae biomass, yeast or bacterial aggregates.

The added value seen in yeasts and other single-cell proteins is their ability to provide good nutritional immuno-stimulatory properties, noted the authors.

Torula yeast (Candida utilis​) is commercially available and has been tested as a replacement protein source in several aquatic species including tilapia and abalone, said the researchers. Feed acceptance and animal survival were not altered when the yeast was used as a partial replacement for fishmeal in such trials, they added.

Nitrogen stable isotope values (δ15N) were measured in ingredients, diets and muscle tissue of the shrimp in order to estimate the relative contributions of dietary nitrogen and dry matter supplied by both ingredients, they reported.

Waste matter was collected every day and sample shrimp were sampled on days 0, 4, 8, 15 and 22. Remaining shrimp were harvested for abdominal segments, exoskeleton and hind gut at the end of the study for isotopic analysis.

Survival rates were similar for shrimp on the various diets, while the fish getting a combined fishmeal and torula yeast diet had improved growth rates when compared to those getting either only yeast or only fishmeal, said the authors.

“Results from the present study demonstrate that the dietary inclusion of TY improved the final growth of shrimp, while also contributing high proportions of dietary nitrogen to growth when it is used to replace up to 60% of dietary FM,”​ they added.

“Although the variability was high at the end of the experiment, shrimps reared under the different experimental diets showed significantly different mean final weights,” ​they said. “All diets containing a mixture of FM and TY outperformed the control diets (100F and 100T) in terms of growth (3122 to 3822 mg).”​

Shrimp getting the 85F/15T diet weighed more than those getting the 100% fishmeal diet, and those with the smallest growth were on the 100% yeast diet, they said. Shrimp fed diets with 15% or 30% yeast had slightly lower nitrogen residency time in tissue.

“Incorporation of δ15N values of ingredients and muscle tissue into an isotopic mixing model indicated that the relative incorporation of dietary nitrogen and total dry matter from torula yeast to growth consistently increased in relation to increasing proportions of this ingredient in the experimental diets,” ​said the researchers. “The only exception was the diet formulated with the highest yeast content (60%, diet 40F/60T) where the fish meal contributed a higher proportion of dietary nitrogen to growth.”​ 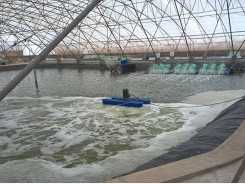 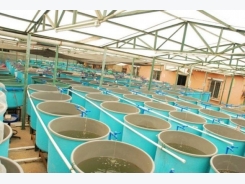 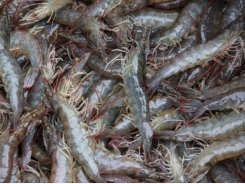