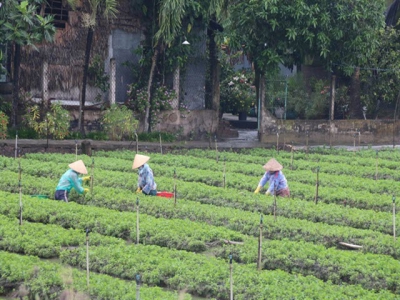 Tân Phú Đông has more than 1,350ha of lemongrass, with an average annual yield of 15 – 17 tonnes per hectare.

The district supplies more than 22,000 tonnes of lemongrass for herbal and medicinal use a year.

Last month the district was awarded the “Tân Phú Đông Lemongrass” collective brandname by the National Office of Intellectual Property.

To meet market demand, farmers in specialised vegetable areas are growing new varieties that have high yield and quality, according to the province’s Department of Agriculture and Rural Development.

Cao Văn Hóa, deputy director of the department, said the average profit of these areas is VNĐ170 - 200 million (US$7,300 – 8,600) million per hectare a year, three to four times higher than the profit from high-yield rice.

Farmers are being encouraged to expand fields and rotate vegetables and rice on rice fields.

Farmers are using plastic sheets to cover the ground to prevent pests and are also building nethouses.

Nguyễn Văn Ba, who grows honeydew melons in a 1,000 sq.m nethouse in Mỹ Tho City’s Mỹ Phong Commune, said that melons were not difficult to grow but that farmers needed quality seeds and new farming techniques.

Nethouse cultivation of melons uses less fertiliser and pesticides, and the plants have fewer diseases and a more stable yield, he said.

“The cultivation of honeydew melons in nethouses offer high profits,” he said.

The province’s vegetable co-operatives and co-operative groups have expanded clean vegetable cultivation to supply produce to supermarkets and collective kitchens in and outside the province.

The province’s localities are also co-operating with companies that guarantee outlets for farmers. In Châu Thành District, for instance, local authorities are working with Sài Gòn Farm, a clean vegetable growing company in HCM City, to plant clean vegetables on a 20ha area.

The area will increase to 100ha beginning in 2020, according to the district’s Agriculture and Rural Development Bureau.

Farmers working with companies are guaranteed outlets for their products at a fixed price, which is decided at the beginning of the crop. 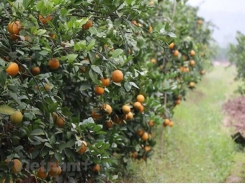 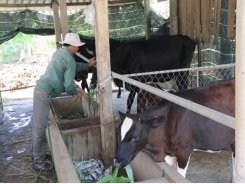 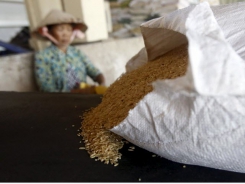 Vietnam’s rice exports to Philippines up, but farmers…