The future of sweet potatoes 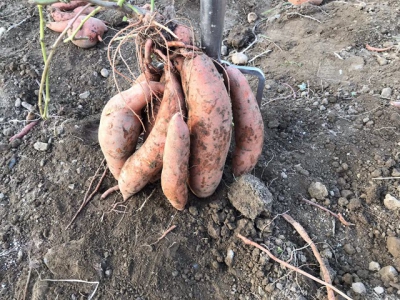 Sweet potato consumption has not grown in the way it should have. When travelling in the Mpumulanga Lowveld 35 years ago, I recall that in season there would be piles of sweet potatoes in bags for sale at the roadside.

Now this is an all-too-rare sight. The sweet potato is an easy, low-risk crop with very high yield. The only reason I can think of for this decline is the advent of a new, even more high-yielding, attractive, earlier maturing variety. For all this, it tastes ‘watery’ compared with other varieties, which are sweet and tasty.

The sweet potato is a nutritious vegetable and the department of agriculture has taken notice of its decline in popularity, as well as the fact that it is easy to grow and could alleviate malnutrition in rural areas. Surveys conducted by the department show that these communities would far rather grow a low-yielding variety with a good taste than a high-yielding variety that is bland and watery.

It was also noted that developing varieties with orange flesh could address the Vitamin A deficiency found in many rural communities. A national survey conducted last year found that 49% of children under the age of nine suffered from insufficient Vitamin A. A breeding programme headed by Dr Sunette Laurie was initiated, with emphasis on developing varieties with orange flesh with a high dry matter content and good taste to encourage consumption and reduce malnutrition. Usually, these communities do not consider nutritional content but eat according to taste and tradition, hence the importance of developing delicious varieties.

These are now available and need to be promoted among rural communities and the public at large. The main sweet, dry-fleshed variety with orange flesh is Bophelo. The cream-coloured variety is Ndou. Bophelo produces approximately 80% of the yield of Ndou. The latter produces just about the same yield as the previous market leaders but with a superior eating quality.

If you send your produce to municipal markets, take time to point out its benefits to the floor salesperson, so that he or she can point these out to the storekeepers. They, in turn, can inform their customers. Supermarkets, who are constantly on the lookout for something ‘new and improved’ to promote, are already stocking these varieties.

The Sweet Potato Vine Growers’ Association, an initiative by the ARC and funded by the Department of Rural Development and Land Reform, was formed in May 2013. There are now 20 registered nurseries in six provinces that grow sweet potato cuttings. These are monitored by the ARC to ensure that pest control and isolation distances from commercial plantings are adhered to.

The ARC also regularly supplies clean, virus-free material to nurseries. This makes it easy for farmers to obtain clean, high-yielding stock. It also puts sweet potato growers in a similar position to that of producers in the potato industry, which has a certification scheme to guarantee growers disease-free planting material. 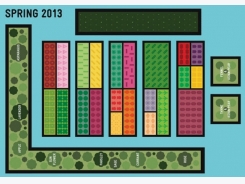 How To Turn Your Backyard into a Four-Season Farm 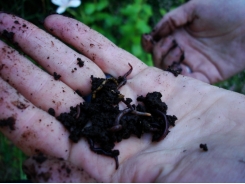 How To Build a Worm Farm 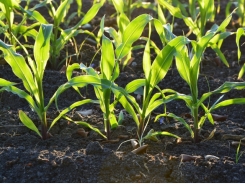