The benefits of farm trials – Part 1 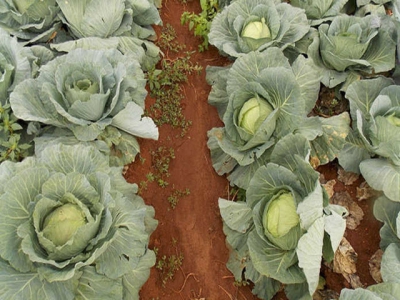 When a farmer says he has 20 years’ experience, it could mean that he has simply been doing the same thing for 20 years without ever trying anything new!

In my experience, the most successful farmers are those who regularly conduct trials in an effort to lower costs and raise production.

Consider varieties, for example. Breeders worldwide constantly develop new cultivars that deliver better yields or have other benefits such as disease resistance. To not use these is foolish; you will invariably make more money for the same input costs.

Spend time studying every aspect of your production to see if it can be improved. This has the added benefit of making farming far more interesting and exciting.

Years ago, I had to produce maize, as well as vegetables, for a company. At the time, just

about everyone was planting the same varieties of white and yellow cultivars in the Mbombela region.

Out of curiosity, I obtained samples of other varieties from some of the major seed producers. I then did the following:

I uncoupled the chain that drove the seed hopper so that, for a set distance, it applied only fertiliser in the middle of the land.

I took three lengths of string and, with a black marker pen, marked different spacings on each.

I then used the strings to hand-plant three rows of maize seed – one seed per mark – of each variety.

When the maize was ready for harvesting, each spacing of each variety was taken out by hand, and the grain removed from the cobs and weighed. It was then taken to the local roller mill for moisture testing so that the weight of each variety could be calibrated to 14%.

The results were stunning and unexpected. The white variety planted by the whole district produced a single large cob, and up to the trial, had been considered the best variety. In terms of yield, it was now beaten hands down by a variety that produced a medium-sized cob and a smaller second cob.

Considering the small amount of effort involved and the major gains, it was a gratifying confirmation of the value of trials.

I adopted the same approach with cabbages, of which we planted 60ha/ year.

Again, three different spacings were used. At harvest, the cabbages from each plot were counted into bags and weighed to determine the average weight of the batch from each spacing.

To our surprise, no difference in yield was found, but the wider spacing had led to larger heads that matured earlier. From this, we determined the spacing that produced the size our market preferred. We also widened the spacing during the black rot season to reduce infection.

In addition, this meant that we could harvest earlier before the disease rendered the heads unmarketable. 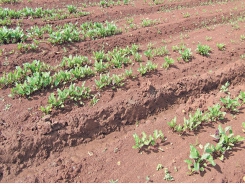 Crop problems: look for the clues! 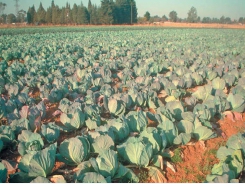 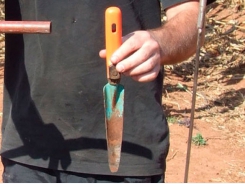