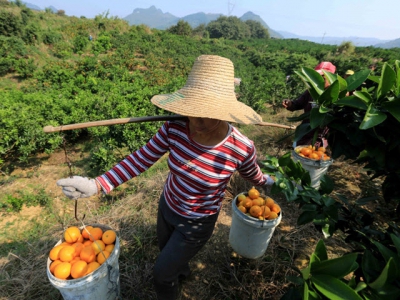 Aimed at bringing emerging farmers into the commercial cycle, the Sundays River Citrus Company’s development project is that rarity – one that actually works. Samantha Barnes reports.

The Sundays River Citrus Company (SRCC) has seen many changes since it began operating in 1924 as the Citrus Co-operative. Where white women once worked the lands and slept in dormitories, emerging farmers now tend the crops and share in the proceeds of the harvest. The BEE project was launched in 2005, and SRCC currently oversees the daily management of eight BEE farms in the Sundays River Valley. The signs are that its efforts are yielding results.

The BEE farms consist of the Sundays River Farming Trust (SRFT), which comprises the four farms Willow Tree, Siyathemba, Eendracht and Glengrove, plus Luthando Farm and others. It produces about 13% (1 million 15kg export cartons) of SRCC’s current production.

“We are positive about transformation,” says SRCC managing director Ken Nieuwenhuizen. “Our 120 growers are owners of the company. SRCC is a company limited by guarantee, which means that all our producers, including our BEE farms, have the right to packing capacity. “Their packing capacity is relative to the packing rights they own. We therefore exist for, and are owned by, our members.”

One of the beneficiaries of the SRFT, Buyiswa Ndyenga, has come a long way since working as a casual labourer on citrus farms in the valley. Recognising her ambition and drive, SRCC promoted her to scouting for pests and supervising casual labour. Later, she became an assistant farm manager.

In 2011 she won the Eastern Cape Female Entrepreneur Competition, hosted by the department of rural development. “My farm had the highest packout percentages for the 2011 season (75,8%) for satsumas,” says Buyiswa proudly. Packout is the percentage of fruit acceptable for the fresh fruit market and is linked to fresh fruit economics and quality standards. Buyiswa says that her success is partly due to teamwork and to showing her employees respect.

The Sundays River Valley, irrigated by Lake Mentz (formerly Darlington Dam), has long been a vibrant citrus growing area. Interestingly, Sir Percy Fitzpatrick, author of Jock of the Bushveld, played a major part in establishing both the industry and the dam. The BEE farmers receive administrative support and mentorship from an SRCC-managed centre. The goal is for them to stand on an equal footing with other farmers in the shortest possible time, explains Ken.

As operations manager of primary production, Frikkie Olivier oversees training courses offered to the beneficiaries. These range from Adult Basic Education and Training (Abet) to good farm management practices, including financial know-how. “We do an evaluation to determine suitable courses for individuals,” says Frikkie, adding that SRCC has a long-term plan and will not leave emerging farmers in the lurch. “SRCC also provides support services and levies a management fee for these,” explains Ken.

It’s going to take some time before the results of the assistance are fully realised, he says, but the emerging farmers have already reaped significant financial rewards, especially in the past three years, and have made great strides in developing their capabilities.

“Agri Seta funds the ABET courses,” says Frikkie. “We do, however, urgently need funding for further projects as we’d like to grow our emerging farmer base”. “We want BEE production capacity to increase to at least 30% of SRCC volumes,” adds Ken. “SRCC is looking for black investors who recognise that they can retire on a farm or pass it on to their children.”

SRFT, assisted by SRCC, recently purchased 117ha of extra land in the Sundays River Valley. The land is registered in the trust for the benefit of 39 members who are paying for it with their own (SRFT) cash and a loan from SRCC. Transfer is due to take place by October. Frikkie has ordered the trees, which will be planted in the summer of 2014. This will be done in three phases – 28ha, 37ha and another 37ha – to keep land management effective.

“This is a momentous event and we are extremely proud of of our emerging farmers. We are positive about transformation and long-term sustainability for our 120 growers,” says Ken. 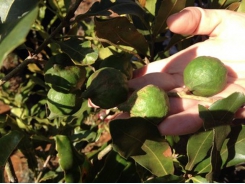 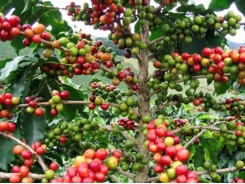 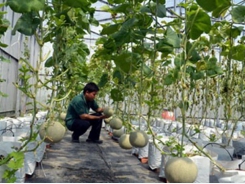