Strengthen management of the issuance and use of planting area codes 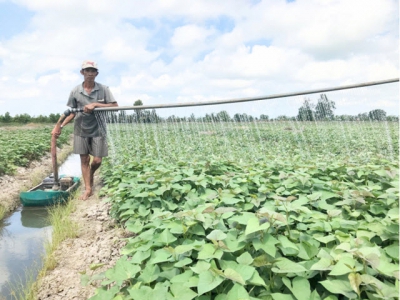 MARD has issued a paper requesting that local governments undertake stricter supervision over the issuance and use of code of fruit planting areas.

Vinh Long is focusing on the implementation of granting planting area codes for sweet potatoes to prepare for exports. Photo: LHV.

Deficiencies in the administration of planting area codes

The Department of Plant Protection has released a list of the 33 recalled planting area codes. In which China is the primary market for fruit exports. 50% of the cause was related to the plant quarantine.

Three planting area codes were recalled in the Vinh Long province, including rambutan, longan, and dragon fruits in the districts of Long Ho and Mang Thit.

According to Mr. Nguyen Ngoc Nhan, head of the Binh Hoa Phuoc rambutan cooperative, the unit was issued planting area codes by the Center for post-import plant quarantine II (Department of Plant Protection).

Due to the effects of salt last year, cooperative members' rambutan yield plummeted by 80 percent. The cooperative has not shipped fruits to China since the epidemic outbreak began," Mr. Nhan said.

Binh Hoa Phuoc rambutan cooperative has been producing mostly in accordance with GlobalGAP standards and has been issued planting area codes during the last year. The cooperative now has 66 members and 42 hectares of land dedicated to the production of Java and Thai rambutans for export and home consumption.

Without plant area codes, the cooperative's goods were mostly consumed in China's unofficial marketplaces and the local market with cheap prices.  Since the planting area codes were disclosed, rambutan prices have soared.

Mr. Nhan said, however, that the mechanism for maintaining planting area code dossiers is still unclear, which results in tracking and access being sometimes delayed and erroneous.

"Last time, a firm in Ho Chi Minh City requested to purchase rambutan for sale to Europe but was unable to proceed since the planting area code was registered under another business name," Mr. Nguyen Ngoc Nhan said.

Vinh Long province has designated sweet potato as one of the province's three primary crops, alongside citrus and rice.

According to the Vinh Long Department of Agriculture and Rural Development, the province's agriculture sector has historically assisted farmers via a variety of initiatives and projects. Included in this effort is the establishment of a planting area code to facilitate the export of several strong local agricultural goods, such as pomelo, mango, longan, rambutan, dragon fruit, and sweet potato, to the US, Japanese, and Dutch markets... as well as the Chinese market.

This is also a required criterion for nations that already import. In particular, historically lenient traditional markets such as China have tightened plant quarantine and requirements on traceability labels, planting area codes, and the number of packaging facilities in Vietnam.

Vinh Long Crop Production and Plant Protection Sub-Department was recently required to receive documents, conduct an on-site inspection, and submit an application to the MARD requesting the grant of planting area codes and packaging facilities to serve as the basis for issuing codes at the request of importing countries.

Simultaneously, the Plant Protection Department received a document from the Import-Export Food Safety Department (General Administration of Customs of China) outlining the provisions of an export license for chile and purple sweet potatoes from Vietnam to China.

China is particularly interested in ten harmful organisms, cultivation records or field diaries, a list of pesticides used to ensure they meet China's food hygiene and safety requirements, as well as information on growing areas and packaging facilities and to meet the technical documentation requirements of the Chinese side.

Mr. Nguyen Vinh Phuc, Director of the Vinh Long Crops Production and Plant Protection Sub-Department, stated that the issuance of planting area codes and traceability of agricultural products is viewed as critical in establishing trust in the quality and reputation of agricultural products by transparently recording information from production, processing, and distribution, which consumers can verify.

To qualify for a code, farmers must make changes to their production procedures, maintain a farming manual or field diary during the growing process, and so on.

According to Deputy Minister of Agriculture and Rural Development Le Quoc Doanh, the Ministry has assigned the Plant Protection Department primary responsibility for coordinating with specialized agencies in provinces and centrally-run cities to supervise, manage, and issue codes for acceptable growing areas and packing establishments. Over 2,000 planting area codes and over 1,700 packing facility codes have been assigned to date for a variety of crops.

The management of codes, as well as the packing facilities that have been granted codes or requested codes by local governments, has seen numerous positive changes in recent years, with some local governments enlisting the assistance of provincial People's Committees and Departments of Agriculture and Rural Development. However, there are still several flaws in practice, as shown by the continued receipt of complaints of non-compliance from importing nations about planting area codes.

This has a significant impact on the worldwide market reputation of Vietnamese agricultural goods. As a result, MARD has written a dispatch demanding that provinces and cities' Departments of Agriculture and Rural Development seriously execute several provisions on the awarding and management of codes.

Before issuing regulations, the Department of Plant Protection may conduct random inspections and supervision of a variety of planting regions and packaging companies. 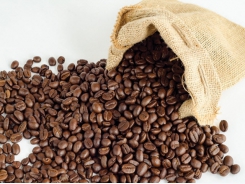 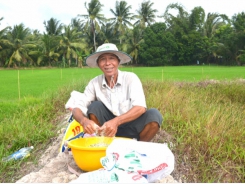 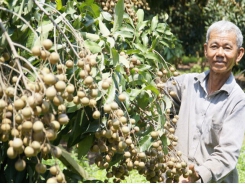