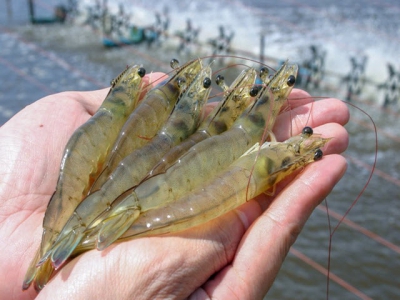 Skretting has developed a new diet for shrimp that it claims achieves faster gut transit time, enables increased feed intake while retaining FCR, which in turn leads to improved growth.

The new feed range, Xpand, was launched in Vietnam; it will be introduced to other shrimp farming markets in the coming months.

Seen as a premium feed, Xpand is focused on the grower shrimp sector; it is available in different sizes and is specific to the local geography, said Skretting.

The company claims the new feed will give shrimp farmers more flexibility when it comes to harvest time, the idea being that if farmers experience a health challenge, Xpand will enable them to harvest their shrimp faster at a good size, or, if conditions permit, they can grow their shrimp for longer and get a bigger product.

We talked to Dr Matthew Owen, manager, warm water species nutrition, at Skretting to find out about the background to the development of the feed product, and the benefits it brings.

Xpand was built upon a thorough understanding of the digestive physiology of shrimp, which is very different from salmon, for example, and something that needs to be borne in mind in any new shrimp feed product R&D, he explained.

“As a company, we have a long history of fish feed development, but the way you have to think about shrimp feed and the digestive physiology of shrimp is very different. ​

“When you feed a fish, you throw a pellet in the water, ​the fish eats it directly and, if it is a carnivorous fish, it then goes ​through a normal monogastric animal digestive system, where you have an acidic stomach, followed by absorption happening across the intestine. ​

“With shrimp, the scenario is not the same. The feed goes into the water and there must be a chemosensory attraction to the feed. Once they have the feed, the shrimp then break it up into small pieces to get it into their stomach, which is essentially a chitin lined bag in which the feed fits in, and then it goes through a gastric mill. After the feed is ground up by the gastric mill, you then get absorption of most of the nutrients happening within the hepatopancreas, but some of that also happens across the mid-gut. The hepatopancreas is the main digestive organ and the main secretory organ for digestive enzymes within shrimp.”

Given that Skretting has filed two patents on the novel feed, Owen said he was not able to disclose the exact compositions of Xpand.

“In terms of doing the research on the feed, we very much looked to optimize the nutrition of the animals, and we also looked at a wide range of novel ingredients; we found some that were able to exploit that very different digestive physiology of shrimp that resulted in improved feed intake and growth.”​

Another key factor to be considered, continued Owen, is that most of shrimp farming happens in closed or semi-closed culture systems, where water exchange is limited, meaning that, in terms of feed, whatever the shrimp do not use for nutritional growth, that gets excreted out, and it becomes waste within the pond, and, then, of course, a challenge for the producer to manage.

“Therefore, one of the aspects of developing Xpand was to see how we could improve the nutrition and the growth of the animal without impacting negatively the pond environment. ​

“What we saw in the trials that led up to [the launch] of Xpand was the diet was more attractive to the shrimp, they ate it faster, and they ate more of it while maintaining the same FCR. That way, there was better nutrient retention within the animal and thus less waste going into the environment.”​

Skretting also looked at the water stability of the pellet in relation to ensuring waste reduction.

“Water stability is important because if a pellet breaks down faster within the pond environment, the shrimp won’t necessarily eat it. With Xpand, we have managed to maintain the same water stability as our other feeds. What we have also seen with Xpand is that it helps with reducing the level of the turbidity of the water, we have seen fewer particles and dust released, which is better for the pond environment," ​added Owen. 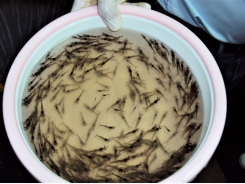 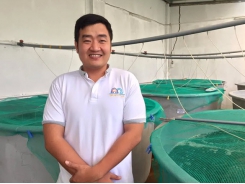 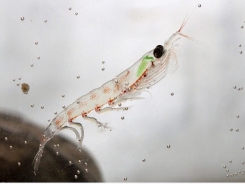 Why are antibiotic residues in farmed shrimp a…