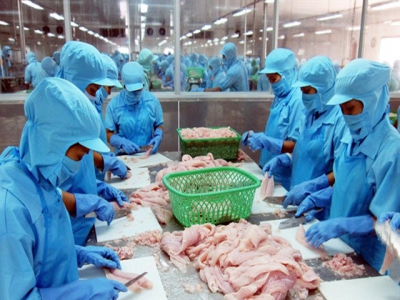 HÀ NỘI – Việt Nam’s total seafood export value in January fell by 12.5 per cent to US$644 million year-on-year due to the impacts of the novel coronavirus epidemic, according to the Việt Nam Association and Seafood Exporters and Producers (VASEP).

VASEP Deputy General Secretary Nguyễn Hoài Nam said several enterprises exporting tra fish (pangasius), tuna and shrimp had faced suspension of payment for export contracts because Chinese banks were not open due to the coronavirus epidemic. It was expected that from February 16 when banks are set to reopen, Chinese partners would be able to pay Vietnamese export contracts for goods shipped by sea.

In addition, some large shipping firms had not agreed to ship goods to China while some large seafood importers had proposed ships not go past ports in China.

VASEP has predicted that seafood exporters will still be able to receive new contracts but the number of contracts will decrease. Chinese restaurants reducing seafood consumption will affect Việt Nam's seafood exports.

Some local seafood exporters have had seafood products sent to China that have had to be stockpiled, racking up large fees to freeze the seafood in stock, according to Nam.

However, Trương Đình Hòe, VASEP General Secretary, said the epidemic was likely to not have a great impact on Việt Nam’s seafood exports this year because usually, demand for imported seafood from Việt Nam to China increases in March and April, reported Đầu tư (Investment) newspaper.

Hồ Quốc Lực, Chairman of the board of the Sao Ta Food Joint Stock Company - a large shrimp exporter, said nobody knew when the epidemic would end so it was hard to evaluate its impact on the domestic shrimp industry.

"If it is controlled in the next few months, Việt Nam’s shrimp industry may not face a big impact, because the shrimp harvest season begins in October," he said.

On the other hand, Hòe said VASEP saw many opportunities for local businesses to increase the production of frozen and canned seafood because during and after the epidemic, customers would favour processed seafood.

Hòe also said that large global events like the Tokyo 2020 Olympics and Euro 2020 football tournament would boost seafood consumption, especially of shrimp. The scale of the outbreak in China would cause many markets to reduce seafood imports from China.

Việt Nam’s seafood enterprises could take those opportunities to increase exports to the US, Japan, South Korea and Europe, Hòe said.

In addition, businesses should also focus on increasing their market shares domestically, said the VASEP representative.

According to Đặng Kim Sơn, former Director of the Institute of Policy and Strategy for Agricultural and Rural Development, together with State support in terms of capital, tax and distribution, enterprises must have long-term development strategies, such as expansion of markets, development of value chains from production to consumption, and development of large-scale production. 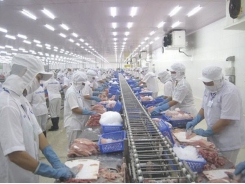 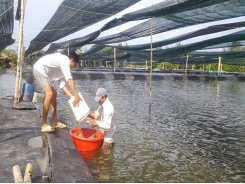 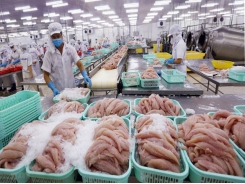