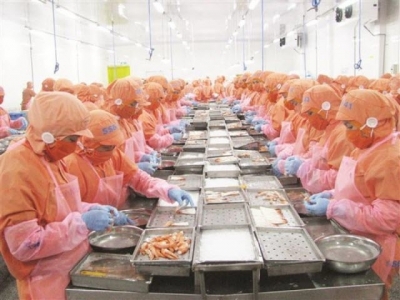 Recently, Vietnam seafood exports have been warned and even returned by key markets such as the EU market, the US, Japan, Australia and Brazil. . Overcoming this situation requires the participation of the whole community, in which the importance is the determination and close coordination among relevant ministries and agencies in controlling the trade and use of chemicals and antibiotics.

The demand from the markets is increasingly strict, the standards of the test and examination are more thorough. Therefore, the situation that some shipments were warned is normal. All countries involved in export are warned, and a country that exports a lot, will be warned a lot.

Over the past time, seafood shipments have been warned by some main export markets such as the EU, the US, Japan and other emerging markets such as South Korea and Australia. However, it is noteworthy that the number of shipments being warned has fallen sharply from 128 in 2016 to 125 in 2017.

"The number of exported seafood shipments being warned and returned has declined but it still is at high level, which has a bad impact on the image and prestige of Vietnamese seafood on the world market, reduces the economic efficiency of enterprises. Export returns not only disadvantage enterprises but also cause negative impact on aquaculture farmers, " said Tiep.

Mr. Truong Dinh Hoe, Vice Chairman and Secretary General of Vietnam Association of Seafood Exporters and Producers (VASEP), said: "Although seafood exporters and processors have realized the problem of antibiotics in seafood, the examination of all products is very difficult, leading to the situation of antibiotic residues in many shipments.

That is because these enterprises buy shrimps and fishes from many different ponds. The examination is conducted in the form of probability inspection rather than test each fish and shrimp

Regarding the situation of why Vietnamese seafood export shipments being warned and returned are still at high level, Mr. Tiep said that it is caused by both processors, exporters and farmers, but not just by the initial farming stage.

Mr Tiep analysed that the shipments were warned by the market about antibiotics, heavy metals, additives, toxins, biology. For example, the warning of antibiotic residues is mainly due to that aquaculture farmers being unaware of the food safety requirements of Vietnam and other markets, or some of them are aware of it but for the immediate benefit, they still use antibiotics in the farming process.

This poses an urgent need to promote strict control of the trade and use of chemicals, antibiotics, to enhance the quality and ensure the prestige of seafood exports through the coordination and responsibility of the whole community. Specifically, the initial farming stage must use authorized chemicals and antibiotics according to the instructions.

The state management agencies need to boost the improvement of the institutions policies, propaganda and raise awareness of people in the use of chemicals and antibiotics, at the same time inspecting and handling violations in a timely fashion.

According to Truong Dinh Hoe, the key is that authorities at all levels must strictly control antibiotics in the market. "At present, the market has many sellers of banned substances, antibiotics which are not allowed to use for farming.

Farming households have not studied thoroughly and bought them for low cost. The authorities need to propagate to raise awareness of chemical sellers and manage closely and synchronously the sources of drugs in the market as well as from ponds to factories," said Hoe.

The MARD is one of the key units joining in the "fight" against dirty food to ensure food hygiene and safety. Mr Tiep noted that right after receiving the Prime Minister’s Directive 09 / CT-TTg on the tasks and solutions to overcome the situation of Vietnamese seafood shipments being warned and returned by foreign countries, NAFIQAD has been assigned by the Ministry of Agriculture and Rural Development to develop an Action Plan to implement the Directive.

In this plan, NAFIDAQ will specify each work stage, the MARD will specify responsibility of each unit, time and product. There are some things that MARD can do for itself, such as agricultural materials management; close control of the licensing of veterinary drugs, environmental treatment substances; and study and improvement of the production of aquatic breeds.

However, there are still many items that the MARD needs to closely cooperate with to relevant Ministries, such as Health, Industry and Trade and Public Security, in order to implement. "Typically, the MARD will coordinate with the Ministry of Industry and Trade to update regulations on import markets; with the Ministry of Health and the Ministry of Industry and Trade to control the imported chemicals and antibiotics for use in medical and industrial use, but being abused in the production and trading of aquatic products; with the Ministry of Public Security to destroy smuggling lines, storage and circulation of banned substances, environment treatment and improvement substances outside of the list of permitted circulation, and strictly handle violation cases. In addition, it is necessary to promote the coordination with organizations such as Farmers' Association and Women's Association. ... Currently, individual households account for a large number, while the number of State agencies is limited, so it is required to take advantage of the association system to disseminate, train and control, emphasized Tiep. 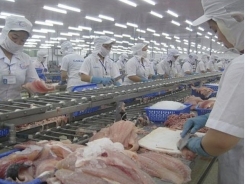 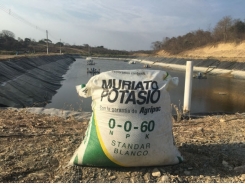 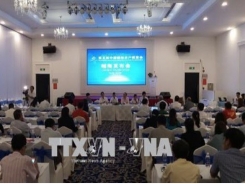