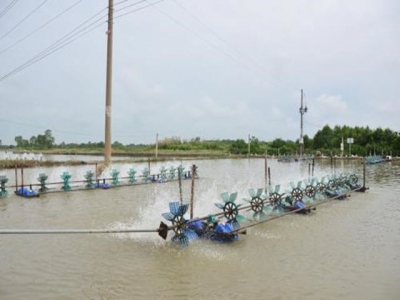 Soc Trang - The incomes of people living in coastal areas in the Mekong Delta province of Soc Trang have improved under the coastal resources for sustainable development project implemented since 2012, local authorities said.

Soc Trang is one of eight out of the country’s 28 coastal provinces and cities selected for the project managed by the Ministry of Agriculture and Rural Development.

In Soc Trang, it is being implemented in Tran De, My Xuyen and Cu Lao Dung districts and Vinh Chau town. More than 12,700 farmers have been trained in Vietnamese good agricultural practices (VietGAP), exceeding the original target by 58 percent, according to authorities.

Wastewater discharged by 76 percent of farmers involved in aquaculture in the province meets national standards.

It has developed five GAP aquaculture areas covering a total area of 7,848ha and involving 5,095 households.

Besides exploiting fisheries resources, members of the fisheries groups are also trained in farming models like breeding mangrove clams in mangrove forests, ducks and both shrimp and tilapia in a single pond.

Most people in the province’s coastal areas are poor and relies mainly on fisheries for their livelihood.

Thieu Quang Duc, director of the project in Soc Trang, said it has helped significantly improve the incomes of local people.

The project has helped increase incomes by 20-30 percent and reduce poverty, especially among ethnic minority households.

Aquaculturists participating in the project earn dozens of millions of VND to 600 million VND (26,000 USD) per hectare, higher than other farmers.

Le Van Hieu, Vice Cairman of the provincial People’s Committee, said: “The project has achieved good results and the Department of Agriculture and Rural Development should continue to expand [it].”

Besides efficiently and reasonably exploiting coastal resources, people should protect the environment and protective forests in coastal areas to create a good environment for sustainable coastal fisheries development, he said.

Soc Trang has a coastline of 72 kilometres and large inland water bodies which provide large and diverse fisheries resources. 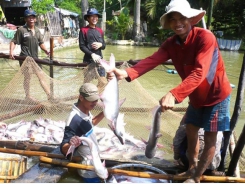 Fisheries sector to focus on standardising production for higher value 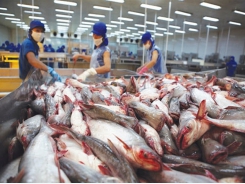 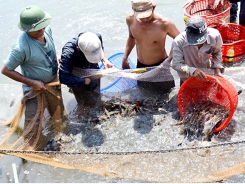