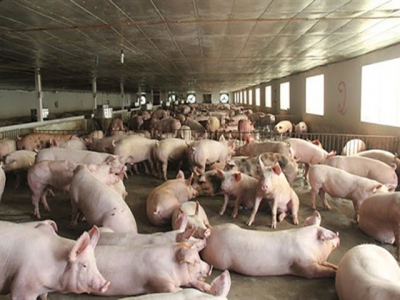 Hog prices go down in the market when the local herd is expanded. — Photo cafef

"The prices have dropped recently. Compared to May when the prices reached their highest in the market at more than VNĐ100,000 per kilo, the prices are three fourths," he told Việt Nam News.

A representative in Hà Nam poultry and cattle wholesale market in the eponymous province told local media that: “The pig supply has increased a lot. On average, about 500-600 live pigs, or 15 per cent higher in quantity, are traded in the market”

Nguyễn Văn Trọng director of the Department of Livestock Production, Ministry of Agriculture and Rural Development (MARD), said he expected live hog prices would drop to VNĐ70,000 per kilo by the end of the year, more than 20 per cent lower from the high prices at some times of the year.

“By the end of the third quarter or the beginning of the fourth quarter, we can balance the supply and demand and basically stabilise the price of hogs in the local market," Trọng told Việt Nam News.

His department said by the end of July, the total pig herd reached about 25.18 million, 81.9 per cent of the total before the African swine fever first hit on January 1, 2019. Compared to January and April 2020, the herd was 11.6 per cent and 4.2 per cent bigger, respectively.

Sixteen pork enterprises in Việt Nam shared the plan to have 5.36 million pigs by Q4, up 68 per cent from Q1.

Another reason that made the hog prices fall was the advent of lunar July, which falls from August 19 to September 17 this year, known as Vu Lan month when more families in Việt Nam eat vegetarian dishes for the entire month for religious reasons.

“The return of COVID-19 also makes the price of pigs decrease as the consumption decreases while the supply increases from the imported products," he added.

According to the ministry’s reports, by July, the total sow herd reached 2.93 million, an increase of more than 7.7 per cent compared to the beginning of the year. The country also had more than 56,000 breeding boars, enough for the extension of the herd.

MARD deputy minister Phùng Đức Tiến said as the period from May to September last year was the peak period of African swine fever, local pig farms restricted breeding, affecting the supply in 2020. At the same time, some big breeding enterprises have restructured and limited breeding.

“The current price of breeding pigs is very high at VNĐ2.5 million to VNĐ3 million per head," he said, adding, “as it takes six months to have enough pig breeds, the prices of pig breeds will decrease later than the price of live hogs in the market.”

He said the upcoming reduction of breeding pig prices would lead to lower production costs, lower prices for live hogs.

“We expect live hog prices from now to the end of the year to fluctuate around VNĐ70,000 per kg,” he said.

“This price level will both ensure the development of domestic pig farms and the interests of local breeders.” 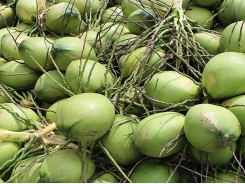 Fruit prices go down because of decline of export 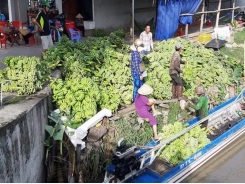 Prices of banana up in Mekong Delta 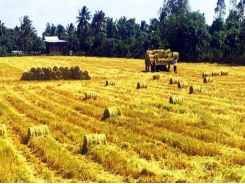