Shrimp farming – the fastest growing aquaculture industry – is developing more rapidly than any other agricultural sector worldwide. There is increasing pressure on the use of marine fishmeal use in shrimp feed, and a significant need to maximize the use of alternative ingredients and minimize or eliminate the use of fishmeal.

Globally, the Pacific white shrimp (Litopenaeus vannamei) is the most widely farmed shrimp species, and research to improve knowledge of its nutritional requirements is a priority.

We conducted this study to evaluate if improved soybean meal can be used to replace fishmeal in Pacific white shrimp feeds based on whole-body proximate composition, production performance, haemolymph metabolites and tail muscle fatty acid content.

(This article is adapted and summarized from the original Aquaculture Research. 49 (4), 1414-1422. We are grateful to the Ohio Soybean Council, USA for funding this research, to Alex Tsappis and Jackson Tucker (Alltech), and to Dr. Waldemar Rossi Jr. for their support.) A view of the experimental tanks used in the study.

Two-hundred juvenile shrimp (average initial weight: 3.2 grams) were stocked in each tank, and experimental diets were randomly assigned in triplicates. Shrimp were fed the experimental diets three times a day at rates of 3 to 4 percent of tank biomass, and feed amounts were adjusted every four weeks. Routine water quality parameters were monitored and maintained within acceptable ranges during the study. 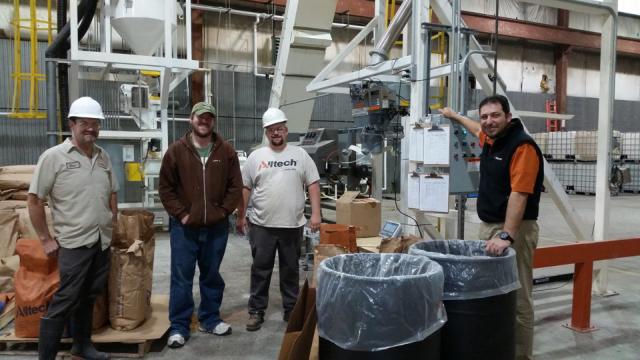 Overall, the diets’ amino acid composition was similar although ISBM-66 and ISBM-100 displayed lower levels of lysine and methionine relative to ISBM-0 and ISBM-33. Crude protein was relatively constant across diets (402 to 416 g/kg), whereas wider differences were observed for lipid (86 to 102 g/kg).

Please refer to the original publication or contact the first author for a detailed description of the experimental diets used and their preparation, the growth trial, sampling and biochemical composition assays, and calculations and statistical analyses used in this study.

Regarding whole-body proximate chemical composition, the improved soybean meal replacement significantly affected moisture and protein of the shrimp, whereas lipid and ash were not significantly influenced by the diets. The group fed ISBM-100 had significantly higher moisture and lower protein content vs. animals fed ISBM-0, but there were no other significant differences among the treatments. 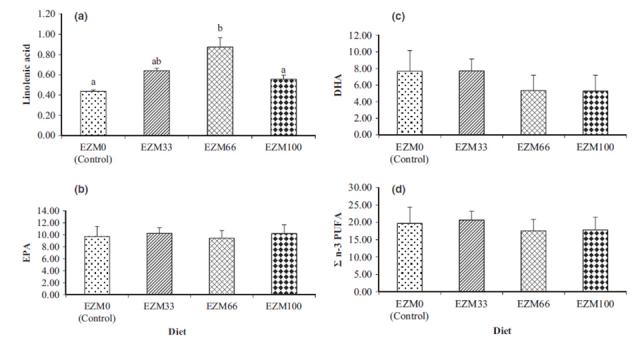 Results of our study indicate that improved soybean meal has potential to be an alternative ingredient used in the diet of Pacific white shrimp and replace fishmeal. All diets evaluated produced acceptable production performance of juvenile Pacific white shrimp, and no significant differences were observed among the treatment groups except the group-fed ISBM-66 had lower final weight than the control group. From our results, it appears that complete replacement of fishmeal with improved soybean meal is viable without unfavorably affecting the growth performance of Pacific white shrimp. 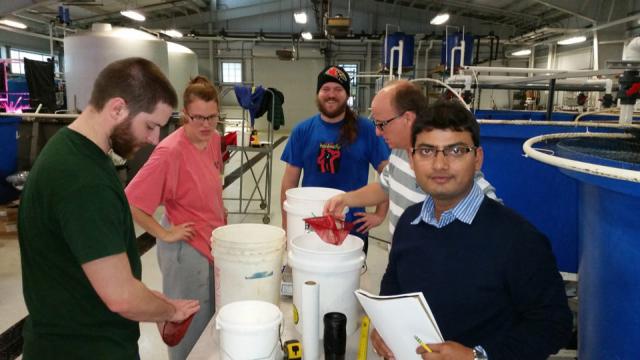 Periodic sampling of the experimental animals for data collection. 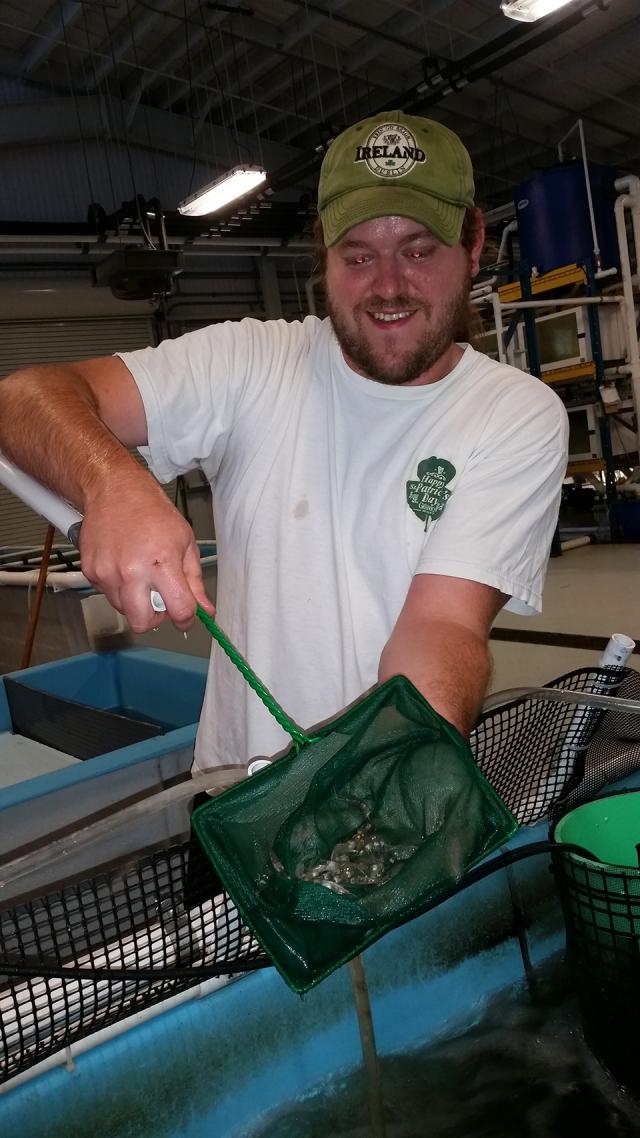 Harvesting shrimp at the end of the study, for final sample analysis and data collection.

We observed no significant differences in haemolymph glucose, albumin, globulin and total protein in juvenile PWS among the treatments, in comparison to previous studies showing lower protein and higher glucose in the haemolymph of whiteleg shrimp fed a diet with increasing levels of conventional soybean meal as a replacement for fishmeal. We believe further studies are needed.

In conclusion, based on the production performance results, specifically the second-degree polynomial regression analysis of final weight and weight gain, the estimated optimum level of improved soybean meal to replace fishmeal is 89.13 to 95.56 percent for Pacific white shrimp. 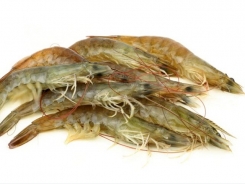 Mealworms on the menu for farmed shrimp? 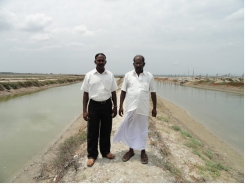