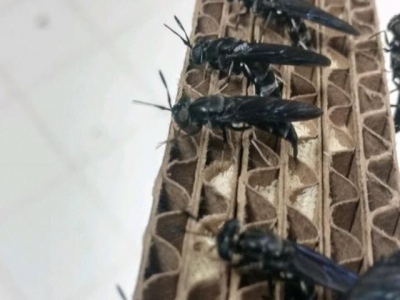 By reducing organic waste and serving as an animal feed source, black soldier fly maggots provide a zero-waste option for organic recycling, according to Dr. Jeff Tomberlin, professor in the department of entomology at Texas A&M University and director of EVO Conversion Systems LLC.

Now, Tomberlin and his team have developed a new method for rearing the larvae, Texas A&M AgriLife Research said in an announcement.

The larval form of the black soldier fly eats profusely during this stage of development, Tomberlin said, explaining that the larvae essentially climb on top of each other, wriggling and writhing in an effort to get to the food source or waste material. The larvae eat until they are full, and as they take a breather from their snack, other larvae push in to snag a bite to eat, shifting the others up and out of the way, creating a tower.

At the end of the 14-day cycle, the larvae tower is dried, which becomes livestock feed — most commonly as a protein source for chickens but also for other livestock and farm-raised fish. The product can also be used as compost for landscaping, the announcement said.

It’s been very successful in China, Europe and other parts of the world, and the process is now being utilized for profit in Texas.

The new method Tomberlin and his team developed — the "Black Soldier Fly Bullet" — is more efficient way to harness the process because the bullet provides storage of the larvae for an extended period of time, giving users the ability to “wake them up” whenever the need arises by opening the container and placing them on the waste material.

The company manages organic waste with black soldier fly larvae and uses the insect biomass as a sustainable animal feed ingredient and crop fertilizer -- an opportunity to create zero waste on a larger scale, Tomberlin said.

“We were able to develop a system to put them in a state of stasis,” said Dr. Jonathan Cammack, chief operating officer of EVO Conversion Systems and former AgriLife Research postdoctoral research associate. “We are taking newly hatched larvae and putting them in an optimal environment to develop to a certain point, then sit and hang out until ready to be used.”

Tomberlin explained that data support the concept that they can hold the larvae at an optimal temperature, potentially for up to five months.

“Most groups around the world are focused on that 14-day development that they can feed waste to it, recycle it and produce protein,” he said. “Through our research at Texas A&M, we have been able to enhance that system."

Cammack explained that they wanted to put some stability into the system, so the team looked at how much waste material a colony needed in order to flourish without having too much material for the colony or too little. This balance would help to maximize the number of eggs that the colony would produce.

Source: Texas A&M AgriLife Research, which is solely responsible for the information provided and is wholly owned by the source. Informa Business Media and all its subsidiaries are not responsible for any of the content contained in this information asset. 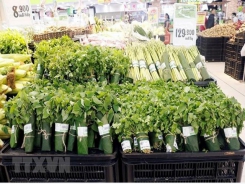 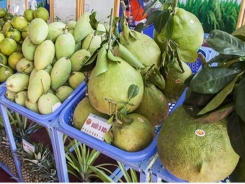 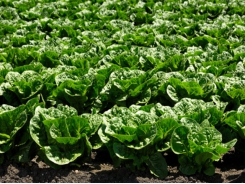