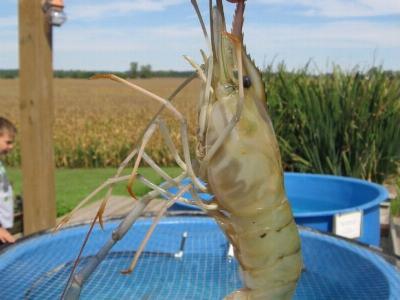 Visakhapatnam: A new virus among Vannamei  shrimps, hitherto known only to Thailand and Vietnam, has been detected by the department of Marine Living Resources of Andhra University. The virus has been affecting over Rs 1,000 crore worth shrimps every year.

The country produces over 4.09 lakh tonnes of shrimps every year out of which 70 per cent is produced in the State. The exports are around Rs 6,000 crore and poised to grow further in the ensuing years.

Abdominal Segment Deformity Disease (ASDD) and microsporidian Enterocytozoon Hepatopenaei (EHP), a duel infection has been affecting the growth and life of the Vannamei shrimps, according to the findings by the Marine Living Resources of Andhra University.

Litopenaeus Vannamei was introduced in India in 2008, when aquaculture has reached its peak. Both the diseases were detected in brooders in Thailand and Vietnam in 2012 and the AU department found the diseases in 2015 and after several field tests it was confirmed recently.

The findings were submitted at the International Conference held in Kuala Lumpur, Malaysia in July last year. “Brooders are imported from Hawaii by Rajiv Gandhi Centre for Aquaculture and supplied to the hatcheries after screening.

Some hatchery owners directly import from Hawaii and set into production without screening. This could be one reason for spreading the diseases all over,” said Prof R Janakiram of the Marine Living Resources department.

However, research scholar of the department, Gandham Krishna Geetha discovered a new probiotic, which could be a resistant to many diseases.

A new strain of Bacillus cereus was isolated from the gut of wild Penaeus monodon brooder and proved to be antagonistic to V. Harveyi and the same can be used as a feed probiotic in shrimp after field trials, the professor said.

This new discovery has been informed to National Centre for Biotechnology Information. The commercial application of this new probiotic will give a big boost to the aquaculture industry in India, Prof Janakiram added. 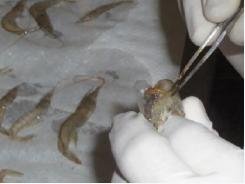 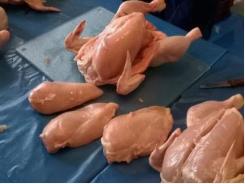 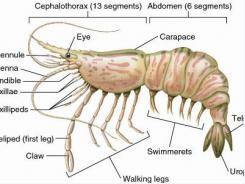 Determining safe levels of ammonia and nitrite for…

Chemical and physical factors that affect the biological…