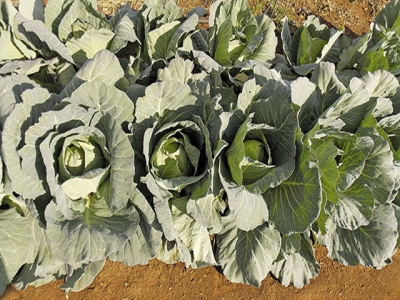 This year has been designated the International Year of Soils by the United Nations, so it’s a fitting time to learn more about the properties of soil and how to get the most out of your greatest farming asset.

These cabbages are growing in soil last fertilised a year ago with compost left on the surface. Nothing has been added since. This can only be done when the soil condition has been built up. Photo: Bill Kerr

Much of the soil around the world is lost to erosion. Worse, it is the most fertile part of the soil – the topsoil – that is lost, ending up as silt in dams and being washed out to sea. It is disappearing at a much greater rate than it can form from bedrock, which is of great concern for scientists seeking ways to feed a growing world population.

Soils are highly complicated and there is still much we don’t know about them, especially the way that organisms in healthy soil interact, and the exact role they play. In 1962, after six years of study, I embarked on a farming career involving vegetables. Back then, I saw soil simply as a substrate to hold the fertilisers needed to produce crops successfully.

It is only during the past 10 years or so that I have begun to realise the importance of understanding soil better and getting it to produce more abundantly and economically. Today, I find the study of soil extremely interesting, and only wish I had had this knowledge, interest and understanding when I first started farming. Watching the condition of soil improve and become more productive is gratifying, and makes farming even more enjoyable.

Let us begin with the great debate: should you use chemical fertilisers or is the organic approach better?

My view is that this argument is pointless – both kinds have an important role to play in farming.

Those who grow ‘organic’ produce have no choice in the matter, of course. They have to exclude all chemicals deemed harmful, either in the form of fertilisers or pest control agents. If they do not, they cannot sell their produce as ‘organic’.

This aside, existing legislation does not require soil to have any meaningful organic content. As a result, surveys carried out to check the nutrient content of ‘organic vegetables’ often find that there are great differences between growers.

As for myself, having started off using chemical fertilisers only and then moving to no-till and organic fertilisers, I have noticed a huge difference in the taste and tenderness of what I now grow compared with what I used to grow. This, I’m certain, is due mainly to the fact that my soil today has good mineral content and a high organic content with very active soil organisms.

It is sometimes claimed that going organic means having less trouble with pests and diseases. I find this to be only partially true. Rust on beans is no longer a problem, Rhizoctonia and Pythium soil organisms no longer worry me and neither does root knot eelworm. In addition, I don’t get Phytopthera on my peppers even in extreme wet periods when other farmers get wiped out.

However, powdery mildew is still very active in my pumpkins and viruses still occur. Aphids too remain a problem.

The soil food web and compost

Dr Elaine Ingham of the US Rodale Institute, renowned for her talks on the soil food web, says that if compost is added to the soil and stimulates soil organisms, there is no need for chemical fertiliser. The organisms will extract minerals from the soil and make them available to the plant according to its requirements.

There is much truth in this, but I personally do not think it will work with all soils in all circumstances. Some are extremely deficient in certain minerals, depending on the type of rock from which they were formed. You might need to help the soil to correct this imbalance by using the correct manure (after a soil analysis, of course).

Another factor is that the effectiveness of compost varies according to the material from which it is made. I last tilled the soil in which I grow vegetables 12 years ago. I leave the crop residue on the surface and apply semi-broken-down compost on the surface. This provides food for earthworms and other soil-dwelling organisms, creating the ideal environment for a healthy root system and enabling plants to grow with little effort. 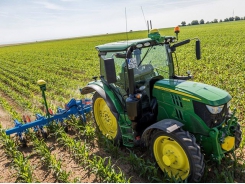 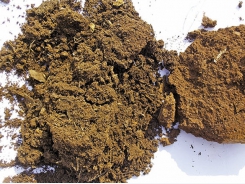 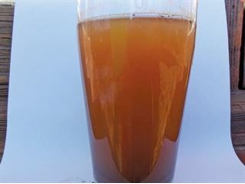