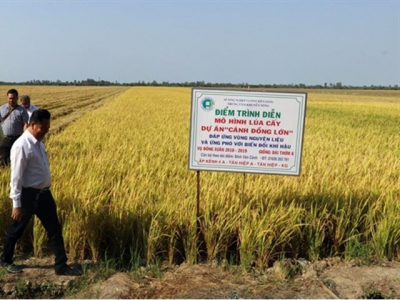 KIÊN GIANG – The Cửu Long (Mekong) Delta province of Kiên Giang, the country’s largest rice producer, is expected to produce 4.3 million tonnes of paddy this year, up more than 35,200 tonnes against last year, according to its Department of Agriculture and Rural Development.

For the ongoing summer – autumn crop, the province has planted more than 290,000ha of rice, up about 9,000ha compared to the province’s target. The rate of certified rice seeds accounts for more than 77 per cent of the crop’s total area.

The ongoing harvest is expected to end in late September, with an additional 1.5 million tonnes of paddy.

Đỗ Minh Nhựt, deputy director of the department, said the yield had met the province’s target, but inclement weather conditions and disease had affected output.

Heavy rains and whirlwinds flattened more than 17,470ha of rice which had nearly ripened, mostly in Tân Hiệp and Giồng Riềng districts.

The rate of high quality rice varieties accounts for 72 per cent of the crop’s total area, according to the department. The rice varieties are mostly OM5451, Đài Thơm 8, OM4900 and OM 6976.

The province has developed 17 large-scale rice fields on a total of 3,215ha.

Many companies are working with farmers to implement large-scale rice fields under the Vietnamese Good Agricultural Practices (VietGAP).

The province’s Co-operative Alliance is working with companies to produce organic rice. In July, the alliance signed an agreement with the Long An Organic Agriculture Company Limited to implement an organic rice production chain.

Under the agreement, the company will supply material inputs and guarantee outlets for co-operatives to plant rice on 20,000ha.

The company will also provide techniques for growing organic rice to co-operative members.

The province has about 92,000ha of rice fields in which rice is grown in the rainy season and shrimp are bred in the dry season, according to the department. Few chemicals are used for the rice and shrimp breeding models.

In the province’s U Minh Thượng area, farmers have been shifting to organic standards for the rice-shrimp model.

The U Minh Thượng area has 80,000ha of fields using the rice-shrimp farming model. 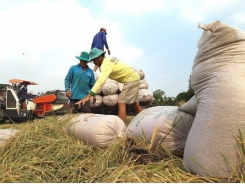 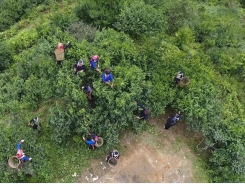 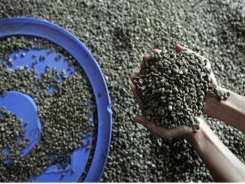