Is tree bark the remedy for diarrhea in calves? 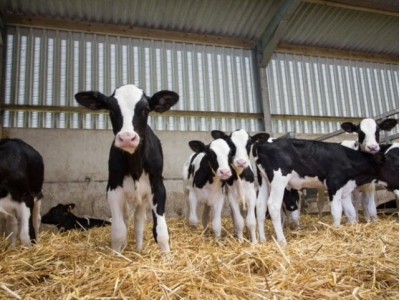 The research team from Cornell University explored the prophylactic use of a botanical extract derived from the bark of Croton lechleri​ or sangre de drago (dragon’s blood tree). The group published its results in the Journal of Dairy Science​​​.

The idea behind the feeding trial was to determine if extract use would help prevent water loss in young calves, said Andre Teixeira, corresponding author and veterinary affairs director for Jaguar Health. “The major cause of death in calves with diarrhea is dehydration,”​ he added.

“The goal of this later project, developed after the challenge trial in 2015, was to test if the prophylactic use of a product that avoids dehydration would be beneficial to dairy calves over the period where calves are more likely to develop diarrhea,”​ he told FeedNavigator.

Prophylactic use of the extract in calves’ diets did not alter consumption of milk or starter feed, or change weight gain, the researchers said in the study. However, calves getting the supplement had increased fecal dry matter and a reduced number of diarrhea events.

“Researchers were able to identify an increased fecal dry matter content of fecal samples collected during the study period and a significantly lower fluid therapy intervention for calves treated with the compound when compared to control calves,”​ said Teixeira. “As calves are vulnerable, it is better to prevent then to cure in the case of dehydration.”​

Extract use and diarrhea concerns​

Diarrhea in neonatal calves is a disease caused by several factors, said the researchers. It is the most common disorder in pre-weaned dairy heifers and is a leading cause of death.

Fluid therapy is considered a standard response to naturally occurring neonatal calf diarrhea, they said. But about 55% of calf operations in the US use medicated milk replacers to control diarrhea and about 54% of operations treat their “scouring calves”​ with antibiotics.

But efforts should be made to avoid the routine use of antibiotics to reduce risk of antimicrobial resistance, they said. A natural product with anti-secretory properties has demonstrated some ability to limit water loss for neonatal calves challenged with E. coli​.

The extract contains components that have been examined previously for use in preventing dehydration, said Teixeira.

“Some advantages of this botanical extract include: this compound is harvested in a sustainable manner, compound is likely not absorbed by the animal, mechanism of action is well defined in other species​,” he said.

Interest in working with the extract stemmed from the understanding that calf diarrhea is a common issue for dairy heifers, he said. “We saw the potential benefit of using a compound that would not be absorbed and could aid calves suffering diarrhea by avoiding dehydration,”​ he added.

An earlier examination of the extract was done looking at calves that had been challenged with a pathogen, he said. That initial study​​ offered positive results.

In the feeding trials, 40 newborn calves were given one of two diets for a period of 15 days, the researchers said. Calves received either a whole milk diet or one with 500 mg of SB-300 – the plant extract-based product and calf starter was offer from day 16.

Calves were examined twice daily for dehydration on day 1 through 25 and fecal samples also were taken twice a day to check for dry matter, they said. Feed and calf starter consumption was measured.

Fecal samples were collected to establish water content and calves were checked for diarrhea events, they said. Dehydration status also was checked.

The calves getting the extract product showed an increase in fecal dry matter during the feeding period, the researchers said. Calves receiving the supplement diet had a 16.9% rate of diarrhea events, while those getting the control diet saw a rate of 46.5%.

Calves on the supplemented diet also had less need of intravenous fluid therapy for dehydration than control group calves, they said. However, no differences in milk or calf starter intake were found and average daily gain and fecal microbiome profile were similar for all calves.

While the extract product is expected to aid calves experiencing diarrhea by helping them stay hydrated, it is not intended to be an alternative to an antibiotic, said Teixeira. Both products have different goals as the extract would not fight a bacterial infection.

"As the product avoids dehydration in calves, farmers would have more time to wait and see if the calves recover from the infection without the use of an antibiotic,"​ he said. "With reduced water flow in the intestinal lumen more good bacteria remain."​

There were few surprises generated during the feeding trial, said Teixeira.

“We expected the product to have a positive effect on the health of the calves during diarrhea in field conditions,” ​he said. “The results obtained from the initial proof of concept study led us to believe that we could possibly see similar effects when moving from a single pathogen challenge to a scenario where diarrhea would naturally occur.”​

Additionally, more trials are being developed to examine optimal doses of the extract and best practices to use the compound in both calves and other production animals, he said.

The research study was funded by Jaguar Animal Health. 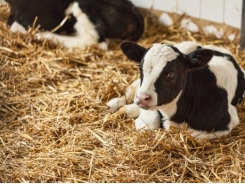 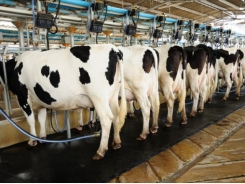 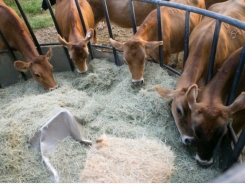