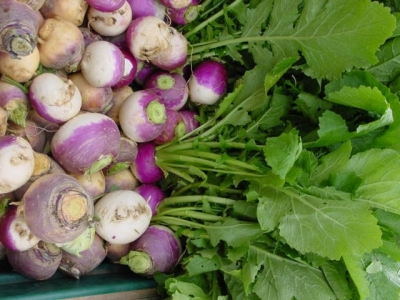 Swedes are fast regaining the popularity which they enjoyed some 50 or 60 years ago and they make a nice change in the wintertime, either as a separate vegetable or mixed with mashed carrots and parsnips. From a nutritional point of view the most valuable parts are the blanched leaves and young shoots.

Field varieties of swedes grown in a sheltered or enclosed garden never reach the same size or quality of those grown in an open field and this has necessitated the introduction of a special garden swede suitable for garden conditions. This is, of course, partly due to the fact that the field swede produces an enormous swollen root weighing 30 lb or more which is uneconomic in the kitchen and unsuitable for the greengrocer to handle. Though when it comes to actual quality, I would rather have field swede than a small garden swede any day.

Swedes belong to the same family as the cabbage and are subject to the same diseases, including the dreaded finger and toe or club root, although the varieties Wilhelmesburger and Bangholm are resistant.

Swedes, like wallflowers, need to be sown in early May and need a  good rich soil, preferably one manured for a crop the previous season, plus the addition of superphosphate at the rate of 2oz per square metre. I found, by accident, that the addition of sulphate of potash, although reducing the actual size of the root, gives it a firm texture and reduces the risk of some of the other diseases to which swedes are liable.

Swedes, white turnips and the yellow-fleshed garden varieties, are traditionally drilled in and thinned out. However, I have proved to my own satisfaction that they give far better results if a small patch can be reserved for them, the seed broadcast and the seedlings then thinned out to about 8 inches apart. Why this should be so I have no idea, but it certainly produces results. When replanting and thinning, care should be taken not to damage the small seedlings as this early damage may set up not only scars but open wounds into which diseases penetrate. These can cause a soft rot which reduces the inside of the swede to a pulpy mass.

In the field, swedes are singled with great dexterity and skill with a 10 inch drag hoe going through the rows cutting out the unwanted ones. The remaining small clumps are later singled to one at approximately 10 inch stations.

Rotten material left on the garden can harbour disease which in turn infects the soil. This can then be carried on the boots or on barrow wheels all over the plot infecting other members of the brassica family including wallflowers. Cruciferous weeds are also attacked and these provide host plants not only for diseases but pests as well.

These remarks would appear to suggest that swedes are difficult to grow and are attacked by many diseases and pests. This is not really so but as the brassica family is large, and suffers from so many pests and diseases, it is best to pay attention to hygiene and to remove promptly infected roots.

Varieties of Swedes and Turnips

Purple Top Improved is a refined type of field swede. For growing swedes in larger gardens, a Purple Top variety such as Johnson’s Favourite is a very good variety both in shape, hardiness, quality and crop.

On club-root-infected land, plant Bangholm for purple tops or Wilhelmesburger for almost pure green ones. Both are excellent varieties and resistant to the disease. From the point of view of flavour there is little to choose between the green and the purple but I prefer the latter for early use and the green for long keeping.

In smaller gardens, when growing turnips, it would probably be better to grow Golden Ball for summer and autumn use and a few purple tops for winter storage.

Turnips, on the other hand, can be sown in succession, as they mature in six to eight weeks.

A little item of interest – turnip seed has an average life of from 5 to 7 years and only half an ounce is required to sow approximately 30 square metres. 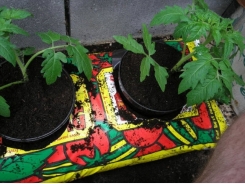 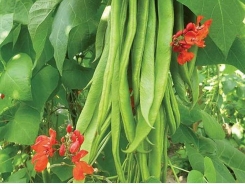 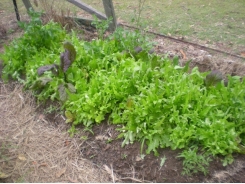