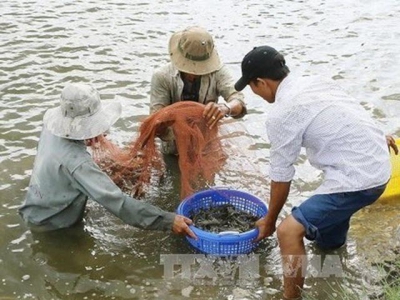 After a long period of decline, the last two years have seen an increase in output of giant river prawns in the Mekong Delta. (Source: VNA)

HCM City (VNS/VNA) - After a long period of decline, the last two years have seen an increase in output of giant river prawns in the Mekong Delta.

Giant river prawns are resilient to disease, easy to raise, and require little capital. They also offer high and stable profitability and flexibility in how farmers can raise them.

Thoi Binh district is one of Ca Mau province’s main producers of prawn and rice. In 2017, the area for giant river prawn farming increased by 4,000ha, raising the total area in the province to over 12,000ha. Prawns are bred in the dry season and rice in the rainy season on the same land as part of a crop-rotation model.

The shrimp-rice rotation model has been very effective, according to the district’s Devision of Agriculture and Rural Development.

The giant river prawns are consistently priced at more than 100,000 VND (4.4 USD) per kilo, and each hectare of farmland brings at least over 50 million VND.

Kien Giang province has also seen a spike in giant river prawn output, with over 11,500ha of land and output of 8,400 tonnes in 2017, which is 113 percent higher than originally planned.

Vinh Thuan district’s giant river prawn are priced 30,000 VND per kilo higher than average because they are farmed with only organic materials.

A few years ago, water pollution, drought, salinity and the effects of climate change adversely affected shrimp farming in the Mekong Delta. Some farmers incurred losses and the area for shrimp farming shrunk.

Provinces had to spend billions of VND and research a variety of farming methods to save the giant river prawn farming sector.

Recently, to revive giant river prawn farming, the National Agriculture Extension Centre (NAEC) has been working with provinces in the Mekong Delta to promote crop rotation such as the shrimp-rice model.

The shrimp bred under this particular model are considered “clean” because farmers do not use chemicals. Also, the field soil is better and provides natural food for the shrimp.

Crop rotation models have brought 70-80 million VND of profit per hectare on average per year, and offer great protection against climate change and salt intrusion, according to Kim Van Tieu, deputy director of NAEC.

While different models have increased quality, output and area for farmland, the supply of juvenile prawns is still limited.

Most supply comes from Thailand and China, so farmers can do little to control the quality of supply, and the price is determined by traders.

According to Binh Thuan province’s Hung Phu Juvenile Fishery Company, the domestic supply of juvenile giant river prawns only makes up 10 percent of the country’s demand, while the rest must be imported.

In addition, the market for exporting giant river prawns has not yet developed well.

The US imports 300 million USD worth of giant river prawns every year, but refuses to buy from Vietnam because of the lack of compliance to its import standards. Germany and the Netherlands are interested in importing the prawns, but they both require strict international food safety standards 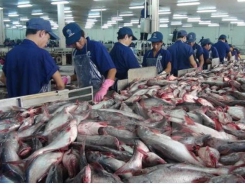 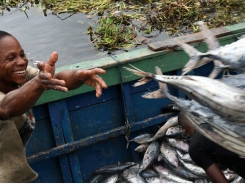 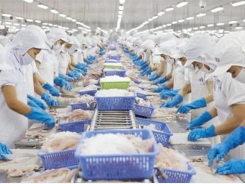 Enterprises have signed many contracts hence the shrimp…