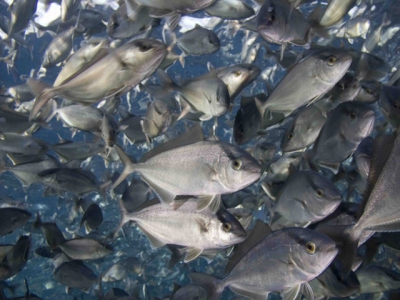 Researchers have developed a cost-effective “fish-free” feed for carnivorous marine finfish, in which fishmeal and fish oil have been replaced by poultry meal and algal oil respectively.

During the three-month trial funded by a Saltonstall-Kennedy grant from the National Oceanic and Atmospheric Administration (NOAA), 480 juvenile kampachi (Seriola rivoliana) were fed one of four diets. Two of the diets contained no fishmeal, and one of these also contained no fish oil. Fishmeal replacement relied primarily on poultry meal, from up-cycled poultry trimmings. Fish oil replacement was achieved using Veramaris natural marine algal oil, which contains high levels of two critical omega-3 fatty acids, DHA and EPA. A fishmeal and fish oil diet was used as a control, together with an additional commercial control diet. The fish were stocked into sixteen tanks for the comparative grow-out trial.

“This is the first time – to our knowledge – that fishmeal and fish oil have been totally eliminated from the diet of a marine carnivorous fish, with no deleterious consequences,” said Neil Anthony Sims, CEO of the Hawaii-based Ocean Era, where the trial was conducted. “Kampachi are a fast-growing, sashimi-grade fish, so this a significant breakthrough for the sustainability and scalability of marine fish farming.”

Aquaculture, the world’s fastest growing food sector, consumes more than 70 percent of the world’s fish oil and fishmeal, which are derived from forage fish like sardines, anchovies and menhaden. Roughly 20 percent of the global wild catch, or 18 million tonnes of fish each year, are converted into fishmeal and fish oil for use in animal feed.

The fish that were fed the zero fishmeal / zero fish-oil diet performed as well as the fish fed with the fishmeal and fish-oil diet. Performance was evaluated in terms of growth, feed conversion ratio (FCR), fillet yield and survival. FCR is the ratio of the amount of feed it takes to grow one kilogram of fish.

“The results clearly show that algal oil can replace fish oil 100 percent without any reduction in growth of this marine fish,” said Rick Barrows, a fish nutrition expert with Aquatic Feed Technologies and co-principal investigator of the study.

Algae oils have been shown to contain twice the amount of EPA and DHA omega-3 fatty acids as fish oil, both of which are important for maintaining fish health and imparting heart and brain health benefits to humans.

“Development of diets that use these upcycled ingredients and microalgal oils is critical to the long-term scalability of marine fish culture, and therefore to our ability to sustainably feed a planet of nine billion people with heart-healthy seafood,” said Sims. 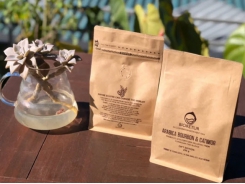 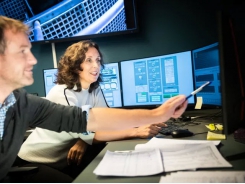 How digitalisation is refining aquaculture research 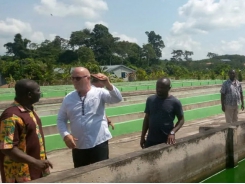 A fresh approach to probiotics for saltwater aquaculture