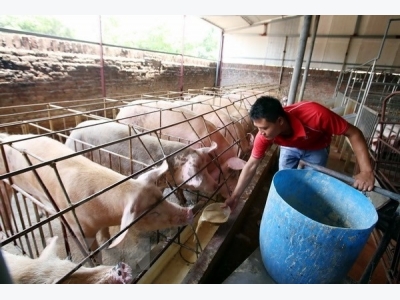 HÀ NỘI — Vietnamese farmers want to raise pigs on large farms but have little experience in treating large amounts of livestock waste, according to an environmental researcher from the Việt Nam Environment Administration (VEA).

Although it has been a means of earning a living for generations of Vietnamese families, raising pigs has left negative impacts on the environment which are unresolved, said Nguyễn Thị Thu Hương from VEA’s Institute of Environmental Science at a conference on livestock breeding in Hà Nội on Thursday.

Although Việt Nam ranks sixth globally in terms of pig production, its farmers are struggling with livestock waste treatment, she said.

For farmers who raise pigs on a small-scale (10-100 pigs) inside their household farm, the amount of waste often overwhelms their biogas digesters. (A biogas digester, or a biogas plant, is a large tank used to treat pig manure.)

Authorities of different localities have tried to overcome the situation by getting farmers to raise pigs in large-scale farms, Hương added. But as the number of pig farms surged in the past few years and so did the amount of waste, it became harder for farmers to treat the waste and for authorities to supervise the treatment process.

Overlaps in management authority are a major issue, Hương said. “The standards for waste discharge were written by both the Ministry of Natural Resources and Environment and the Ministry of Agriculture and Rural Development.

“Some of them were not feasible. Some were only applicable for small-sized biogas plants used in households, not big ones on the farms.”

The two ministries should work together to phase out unnecessary, overlapping regulations, she added.

“Officials at the environmental and agricultural departments of provinces should study other livestock waste treatment technologies and equipment, and provide incentives to support local farmers in applying them,” she said.

Provincial environmental departments should have more qualified inspectors so as to closely oversee the waste treatment work all over the provinces, she said.

As an example of new waste treatment initiatives, Nguyễn Duy Hương, an owner of a large-scale livestock farm in Vĩnh Phúc Province, said he has been building on-site waste treatment systems as per instructions from the province’s Sub-Department of Animal Health.

“I was given VNĐ20 million (US$880) last year to assemble a wastewater treatment system on the farm,” he said. “The wastewater no longer has black colour and foul odour.”

The Vĩnh Phúc Sub-Department of Animal Health aims to have more waste treatment models that can be easily applied throughout the whole province. It helped farmers build some 4,500 waste treatment plants since last year 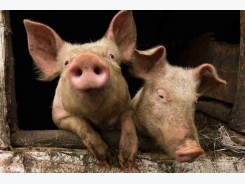 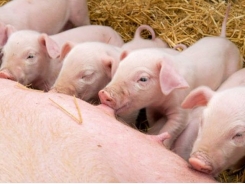 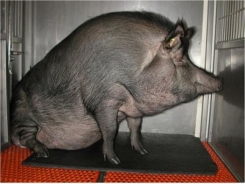 Protein can cause lifestyle diseases in fat pigs