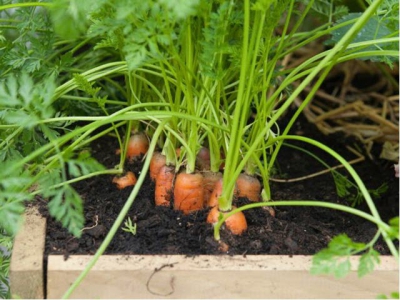 I love growing carrots and parsnips alike, and they are very easy to grow.

All crops which grow fully or partially underground, and that includes growing carrots and parsnips, appreciate soils which are free from lumps and do not compress the expanding underground portion which we eat and which, for the plant, is a store of food to produce seeds the following year. Where this soil does not occur naturally then it must be well worked and if necessary, gritty material added and as much organic matter incorporated as possible.

By the same token, however, this organic material must be well decayed, because if it isn’t, the existence of lumps will cause the roots to fork.

Few people are aware of the multitude of fine fibrous roots which are attached to the carrot which we blithely pull or dig up. In doing so we strip off fine delicate roots which can extend 9 inches or more on each side of this central core. In the case of the carrot and the parsnip the point of attachment of these roots can be seen in the wrinkles.

For carrots which can be pulled and eaten in an immature state, the broad drill method as previously described is probably the best. Parsnips are probably best in a single drill, again in very deep well-worked soil. The best advice is to sow thinly and not to thin out.

Parsnips can be sown in early March if large roots are required but a month or six weeks later is usual for stump-rooted varieties which are probably better for the kitchen.

The harvesting of carrots should be done when the tops die down and they can be clamped in the same way as recommended for potatoes, whilst parsnips are best left in the ground until required for use as the frost sweetens them. For convenience a number can be dug up and buried close to the kitchen door so that when the soil is frozen solid they can be unearthed.

Carrots and Parsnips – Pests and Diseases

Both carrots and parsnips are subject to the same pests, notably the carrot fly which can attack at all stages and ages and, in a favourable season, can produce as many as live broods. Carrots range from little round ones through short and stubby kinds to those long pointed roots. On soils which are not so deep the round and the stubby short-horn varieties are the best. They also have the merit of being early and can be sown in succession. Where carrot fly is very troublesome they tend to escape attack if sown after the first week in July.

An interesting thing about the carrot fly is that for countless years they have been used to attacking the root at ground level. If the seeds are sown in an elevated position, either in a specially constructed box-like arrangement or even as individuals for exhibition in tubes or drainpipes, the roots will escape attention. Various soil fumigants are available to counteract this pest but now the swing is back to crude naphtha. In fact almost any strong smelling substances such as Jeyes fluid, whizzed naphthalene and Stockholm tar will deter the female from laying her eggs alongside the seedlings which are the intended meal for the young grubs to assist with their process of growing.

Carrot fly will attack the parsnip, and although the grubs do not penetrate so deeply they will score the surface of the root and allow the entry of rust fungus which is so disfiguring and damaging. There are one or two varieties, such as Avonresister, which are less susceptible to rust but one of the best methods of warding off an attack is to see that the shoulders of the parsnips, which tend to protrude from the soil, are covered either with sand or ine peat which can be impregnated with substances such as carbaryl or Jeyes fluid. The latter acts both as a mild fungicide and pest repellent.

The purpose for growing carrots and parsnips isn’t just restricted to eating – both parsnips and carrots are very desirable exhibits at the local shows and all sorts of devices are used for growing the biggest and the longest. The method of so-called ‘spieling’, that is sticking a crow-bar into the ground as far as you can, waggling it to and fro in the shape of a parsnip and then filling in with specially prepared soil, has little to commend it as the pressure exerted by the crow-bar tends to harden the sides of the hole. Far better to use a drain pipe or a large plastic tube.

Varieties can be divided into three classes:

Few long-rooted kinds are grown for general use; they are usually grown for exhibition.

New Red Intermediate, said to be an improvement on James’s Scarlet Intermediate. Excellent in colour and quality. 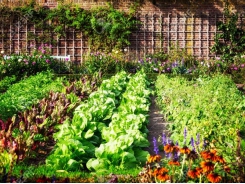 Get the balance right in your vegetable garden 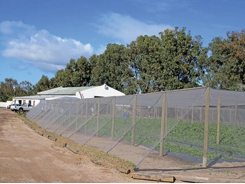 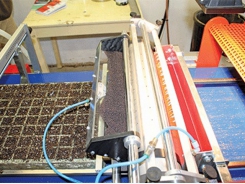 Sugarcane, with tomatoes on the side