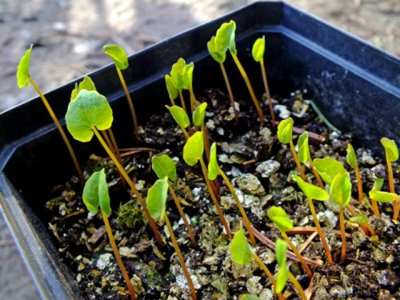 Germination is influenced by various factors, starting with the temperature of the growing medium.

Different species have different preferences, but it’s not always practical to provide the optimal germination temperature for each species if several species are grown simultaneously in relatively small volumes. In this case, aim for an average temperature that will yield satisfactory germination for the range of species – in the region of 20°C – 25°C.

It’s a good idea to keep a germination room moist and at a regulated temperature – as long as you follow proper procedures. For example, most seedling trays are made of polystyrene, an insulation material.

When they are stacked on top of each other, the temperature of the growing medium in the middle may be cooler than the ambient temperature, and the seedlings will take longer to germinate.

There are two solutions to this problem. The first is to place slats or rods between the stacked trays to allow free air movement between the trays in order to maintain a uniform temperature.

Too much water, not enough oxygen

In a sufficiently moist medium, it may be unnecessary to irrigate the seedlings before stacking. When irrigation is overdone, it reduces the oxygen content of the medium and results in very poor germination. This can also happen if rain falls on open trays (that is, not stacked) kept under shade netting.

Even if a seed has had enough moisture and the correct temperature, the lack of oxygen will see it fail to germinate, regardless of whether conditions become favourable later.

If stacked properly, seedling trays can stay in a confined area for at least two days, if you follow a 30-day growing cycle in the nursery. This effectively makes the growing area 1/15th larger. Put another way, if the trays were sown immediately into the growing area, you would have 1/15th less area than if you had left them stacked for two days.

Sow all seeds at the same depth

To ensure uniform seedlings, sow the seeds at a uniform depth. Different species require different sowing depths, and small growers who are not fully mechanised will benefit by conducting trials to determine the optimal sowing depth for their growing medium.

As we’ve seen, small details can make a major difference when it comes to seedling growing, and beginners should not take unnecessary risks.

Finally, don’t wait too long! Remove the trays from the stack before the seedlings begin to emerge. 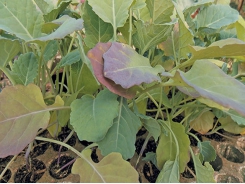 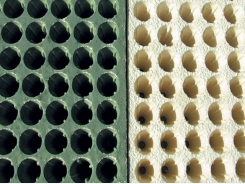 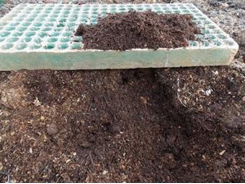 How to grow blackcurrants

Striving for a happy medium