Plant Do you know how healthy your soil skin is?
Plant
Sản phẩm khuyên dùng

Do you know how healthy your soil skin is? 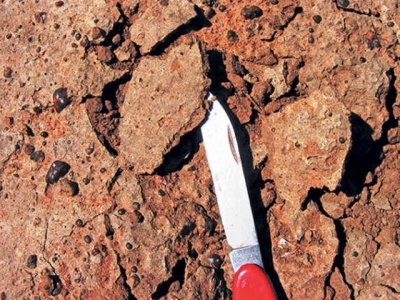 The crucial link between soil health and optimal, sustainable crop yield is well established. Dr Neil Miles, a soil scientist with the South African Sugarcane Research Institute, explores this subject, focusing in particular on the upper surface of the soil.

Over the past 10 to 15 years, scientists have realised that the top 5mm or so of the soil profile (unofficially dubbed the ‘soil skin’) have a profound effect on the soil’s health and production potential.

“The soil skin affects aspects such as water infiltration, aeration of the soil profile, nutrient cycling, and soil biology. So, if this top layer of soil is damaged or lost for any reason, the functioning of the entire soil profile beneath it is negatively affected,” says soil scientist, Dr Neil Miles.

Soil skin health and quality is particularly compromised when there is no organic cover.

A bare soil surface bakes under the sun to form a hard crust, which limits permeability to air and water. Fragile germinating seedlings struggle to emerge successfully from beneath a crusted soil skin, and an uncovered soil is open to water and wind erosion.

Miles points out that there is a clearly visible difference between a soil surface that is always covered in organic residue, and one left bare.

The covered soil skin will be considerably cooler, tend to stay moist, be rich in organic matter on which beneficial soil Healthlife such as earthworms feed, and have a friable structure.

“Bare soil is not farming with nature. Soils must be covered with organic matter, such as crop residues or cover crops, all the time,” he adds.

Scientists regard bacteria, fungi, mycorrhiza, arthropods, earthworms and moles as the key factors in biological soil health. However, Miles adds that soil organic matter (SOM) is no less important.

“Soil organic matter lubricates the whole soil ‘gearbox’. It influences the physical structure, the biology, the chemical aspects, and the nutrients required for soil health. Building organic matter in soils year after year is vitally important. It’s food for microbes, it’s a slow-release form of nutrients for plants, it improves water infiltration and retention, and it creates good soil tilth. It also enhances a soil’s cation exchange capacity,” he says.

He highlights a seminal 2011 UK barley field trial that provides important evidence of the value of soil organic matter. The study revealed that barley yield was far greater in a land where the SOM was significantly higher, at 6,2%, than in an adjacent land where it was at only 1,7% (see Graph 1).

What was notable about this trial, Miles explains, was that the production potential of the lower SOM land was greatly influenced by the quantity of nitrogen (N) fertiliser applied.

Even with no N fertiliser applied to this particular land, the average barley yield was just under 7t/ ha. When 50kg/ha, 100kg/ha, and 150kg/ha of N were applied to the higher SOM land, the yields from these applications were all just over 7t/ha.

“This shows that the lower the soil organic matter in a land, the higher the land’s applied nutrient requirements. This adds significant input cost burdens to crop production, and also has the potential to contribute to undesirable run-off of nutrients into the environment,” Miles points out.

One option to build SOM, in addition to leaving crop residues as cover on a soil surface, is to plant cover crops or green manure crops, such as sunn hemp and black oats, between primary crop production periods.

Another is to apply animal waste such as chicken manure, or pig and dairy slurry. These are rich in organic matter and nutrients, and will promote SOM build-up in soils.

The grazing should be well managed, however, to ensure that infield livestock do not deplete soil cover excessively, and that soil compaction through hoof action is addressed effectively.

Miles stresses that farmers and their consultants should aim to follow management practices that build organic matter in the soil.

He cautions them, however, to be wary of ‘snake oil’ products that promise miraculous improvements to SOM and overall soil health.

Farmers should understand that ideal SOM levels vary among soil types under different management systems, so there is no one-size-fits-all approach to optimising each soil’s minimum SOM.

Miles explains that as the clay content of a soil increases, its average organic matter content also increases.

“So don’t fall for products and talk that promise to dramatically increase soil organic matter in sandy soils,” he advises.

Keeping this in mind, it is crucial to implement management practices that maximise all soils’ organic matter content.

Counting earthworms is fairly easy, but this number should not be used as the sole indicator of biological soil health.

“Measuring the flush of CO2 from a soil sample gives a rapid and useful indication of the soil’s microbial Healthbiomass and of its N reserves,” Miles says. Recently, this test was performed on soil samples from a tillage trial in KZN.=

The trial area had been tilled the same way for 16 years. The CO2 test showed that microbial life in no-till soils was three times greater than that in conventionally tilled soils.

Unfortunately, Miles says, it is difficult to develop understandable result formats for farmers.

“This is because tests are sensitive to differences in soil management practices, and there are no universally applicable threshold values as the results depend on total organic matter levels for each land. The soil sampling depth is also critical.” 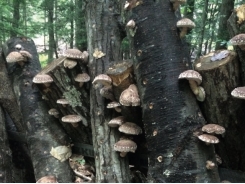 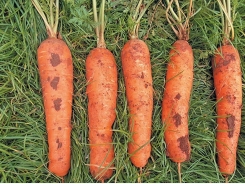 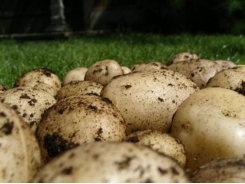 No-till can be practical for vegetables