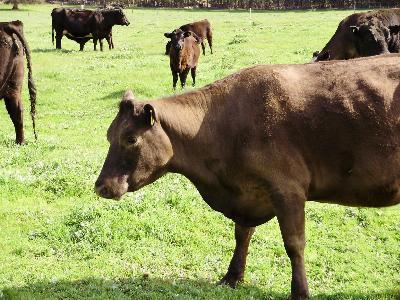 Grass tetany is a serious, often fatal metabolic disorder characterized by low levels of magnesium in the blood serum of cattle.  It is also called grass staggers and wheat pasture poisoning.  It primarily affects older cows nursing calves less than two months old, but it may also occur in young or dry cows and growing calves.  It happens most frequently when cattle are grazing succulent, immature grass and often affects the best cows in the herd.

High nitrogen fertilization reduces magnesium availability, especially on soils high in potassium or aluminum.  Grass tetany occurs most frequently in the spring, often following a cool period (temperatures between 45 and 60°F) when grass is growing rapidly, but also is seen in the fall with new growth of cool season grass or wheat pastures.

Typical signs of grass tetany begin with an uncoordinated gait and terminate with convulsions, coma, and death.  Animals on pasture are often found dead without illness having been observed.  Evidence of thrashing will usually be apparent around the cow if grass tetany is the cause of death.

The prevention of grass tetany depends largely on avoiding conditions that cause it.  Graze less susceptible animals on high risk pastures.  Steers, heifers, dry cows, and cows with calves over 4 months old are less likely to develop tetany.  The use of dolomite or high Mg limestone on pastures and including legumes in pasture mixes will decrease the incidence of tetany in grazing cattle.  In areas where tetany frequently occurs, feed cows supplemental magnesium.  Supplementation increases blood magnesium levels and alleviates much of the grass tetany problem.  Adequate amounts of magnesium must be consumed on a daily basis. 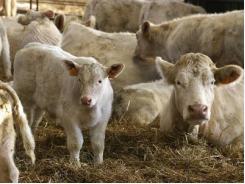 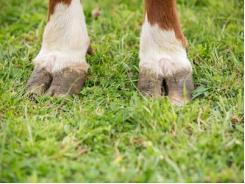 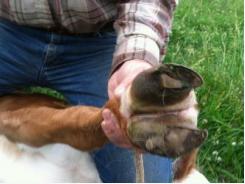