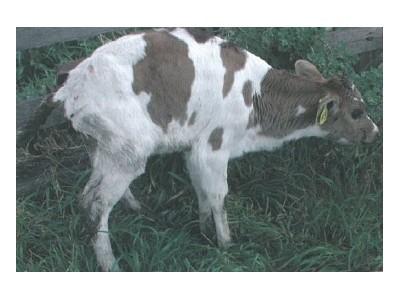 Coccidiosis continues to be one of the major disease problems for cattle producers. It is caused by microscopic, one-celled parasites.  Coccidiosis occurs more frequently in calves from one to six months of age, but older cattle, especially those from one to two years, are often affected. Young calves are usually infected when they are placed in pastures or lots contaminated by older cattle or other infected calves. Occasionally, mature cattle are infected when they are brought in from large pastures and crowded into small feedlots or barns.

Typical signs of coccidiosis are diarrhea, rough coat, loss of appetite and weight, and general emaciation. The general weakness may cause the calf to defecate without rising, thus soiling its tail and hindquarters. In more severe cases the manure may contain blood, mucus, and stringy masses of tissue. This occurs because the destruction of the epithelial cells results in the sloughing of the epithelium lining the intestine.

Severe straining at defecation may be observed in the more advanced stages. Death may occur during the acute period, or later from secondary complications, such as pneumonia.

As in many diseases, it is easier to prevent coccidiosis than it is to treat it. Because several days are required for sporulation, the oocyst stage in manure is the weakest link. Separating a cow and calf from a contaminated lot interrupts the life cycle and helps control the disease.

Since moisture favors the development of parasites and dryness kills them, practices that reduce the moisture on pasture will decrease parasitic contamination. Pastures should be well-drained, watering troughs raised above the ground, and grazing should be kept to a minimum on lush grass along the edges of ponds and streams. In these areas where cattle congregate, overgrazing should be avoided. Otherwise, animals will be forced to graze to the roots of plants where they may ingest large numbers of parasites.

Segregate severely parasitized animals and treat them with a coccidiostat. Follow recommended feeding practices. The effects of parasites are less severe in well-nourished cattle. 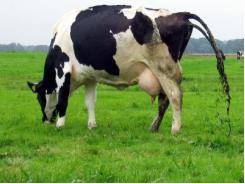 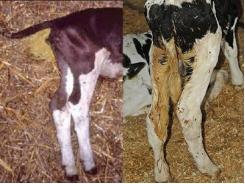 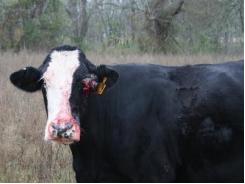