Difficult to achieve fishery export target of US$10 billion 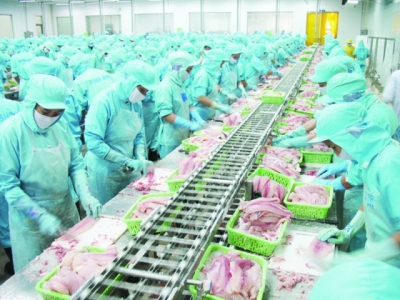 Facing objective and subjective difficulties, it is expected that it will not be easy to achieve the fishery export target of US$10 billion.

According to the Agro Processing and Market Development Authority (under the Ministry of Agriculture and Rural Development), as of the end of August the fishery export value is estimated at US$5.52 billion, down 1.2% compared to the same period in 2018.

Japan, the US, China and South Korea were the top four import markets for Vietnam's fishery products in the first seven months of this year, accounting for 56.5% of the total fishery export value.

At the Preliminary Conference for the first six months held by the Ministry of Agriculture and Rural Development in June, Minister of Agriculture and Rural Development Nguyen XuanCuong said that in the difficult context in the second half of the year, the whole sector needs make great efforts, especially focusing on promoting potential industries.

Cuong said:“Firstly, we must accelerate and boost the forestry industry in general, especially forest economy. In addition, fishery exploitation and farming needs to be promoted. Although the global fishery price is not high, there are still opportunities for development.”

Minister Nguyen Xuan Cuong said that the forestry and fishery industries will help the growth target as well as the export target of the entire Agricultural sector.

However, with just a few months left in 2019, based on the achieved results, the fishery exports of the whole year arenot satisfactory.

Director General of the Directorate of Fisheries (the Ministry of Agriculture and Rural Development) said that while the targets of the growth rate of production value and total fisheries production are suitable with the production capacity of the sector, the export turnover target is quite high.

Specifically, in 2019, the fishery sector is assigned basic targets by the Minister such as thegrowth rate of production value of 4.69%; total fishery production of 8.08 million tons (up 4.2%) and export turnover of US$10 billion (up 19.3%).

Luan said the fishery export target is US$10 billion, increasing by 13.7% compared to 2018 of US$8.794 billion. Meanwhile, the average export growth rate in the past five years was 5.5% per year.

In addition, in 2019 there are many unpredictable factors affecting Vietnam's fishery exports.

First of all, trade wars have not ended, which will have a significant impact on trade policies and the import-export balance. In addition, technical barriers of export markets are increasing with stricter regulations and increasingly fierce trade competition.

Mr. Luan is also quite concerned about severeweather, affecting fishery production, including storms and tropical depressions.

“Another difficulty of the fishery industry is that the fishery production is still low and has not implemented the value chain link, especially inexploitation. Meanwhile, infrastructure (fishing ports, anchorage areas to shelter from storms, etc.), places for preservation of post-harvest products and processing of exploited fishery products are inadequate and do not meet requirements,” Luan said.

The application of advanced science and technology in fishery exploitation is still limited. The post-harvest losses are high and the quality of raw materials of exploited fishery product decreased due to storage leading to low production efficiency.

"To achieve the targets, the Fishery industry will have to make great efforts," Luan said. 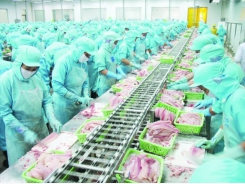 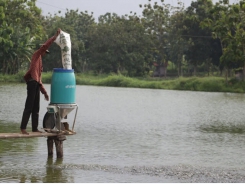 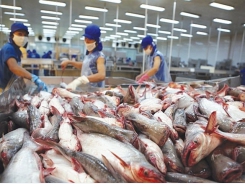 Pangasius exports to US continue to fall