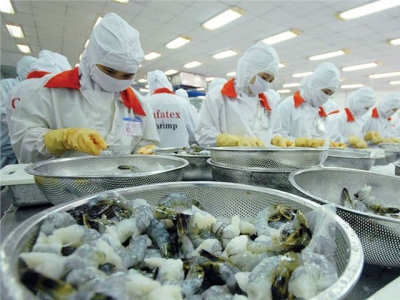 China has banned shrimp imports from five large Ecuadorian shrimp exporters. Is this an opportunity for Vietnamese shrimps?

According to the Vietnam Association of Seafood Exporters and Producers (VASEP), in September 2019, China issued a ban on shrimp imports from five large Ecuadorian shrimp exporters due to fears of disease that may spread into its country.

After the negotiations, China allowed Omarsa Company from exporting again while the remaining four exporting companies are still banned. These four companies are currently only allowed to export cooked steamed shrimp to China.

China is Ecuador's largest shrimp import market. The five companies under China's ban account for about 40 percent of Ecuador's total shrimp export. Five years ago, China accounted for 30 percent of Ecuadorian shrimp exports (68,603 tonnes, valued at US$584 million). In 2018, this proportion increased to 61 percent, equivalent to 281,718 tonnes. Ecuador is also the largest shrimp supplier to China, accounting for 40 percent of China's total shrimp imports. Vietnam is the fifth biggest supplier, accounting for 4.8 percent.

China is also one of the major export markets for Vietnamese shrimp processing enterprises, which is now Vietnam’s fifth largest exporting market. The fact is that China’s ban may create an opportunity for Vietnam’s shrimps to China

However, this opportunity will not last forever because the ban also will be removed sooner or later based on factors such as politics, diplomatic relations and trade between the two countries.

Looking back in recent years together with China's ban on Ecuadorian shrimps, it is clear that countries that have both raised shrimp and imported shrimp such as Australia, South Korea and China must closely examine disease in imported shrimps to ensure domestic production.

Secondly, it is possible that after Ecuador, it will be India, Vietnam or other shrimp producing countries. Therefore, we must predict this possibility and prepare for strengthening disease inspection of shrimp import markets such as Australia, South Korea and China and other markets. And it will not only test for yellowhead disease, white spot disease in shrimp but also other diseases such as MBV (stunting disease caused by shrimp infected with MBV virus), red tail disease or Taura syndrome, necrosis in shrimp ( IHHNV) .

However, Vietnamese shrimp producers and exporters also need to anticipate the possibility that China will have stricter inspections of diseases in shrimp exported from Vietnam. It may not only inspect live shrimp but also other types of products such as chilled, frozen shrimp.

Therefore, Vietnam’s shrimp industry needs to be proactive in controlling diseases (focusing on the environment of ponds, breeds, nutrition, etc.), ensuring the quality of food safety and disease safety in exported products not only to China market but also other markets.

According to VASEP, after many months of decline, from May 2019, China's demand for shrimp imports from Vietnam has been higher, enterprises have also caught up with market requirements and had a better adjustment, so Vietnam shrimp exports to this market has achieved positive growth. In the first eight months of 201

VASEP forecasts exports of Vietnamese shrimp to China from now until the end of the year will maintain positive growth momentum. Enterprises should update new Chinese requirements and regulations and make adjustments to maintain exports to this market. 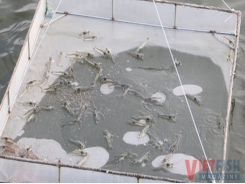 Cultivated shrimp infected with Hepatopancreatic Microsporidiosis for the first time 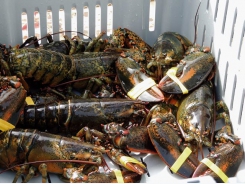 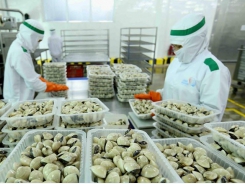