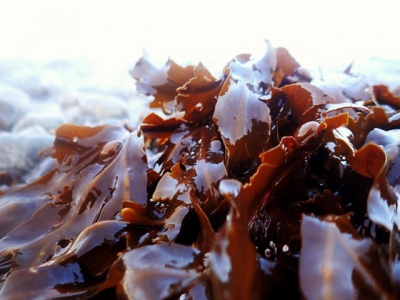 A team of researchers from the Federal University of Santa Catarina and the Federal Institute of Santa Catarina examined growth, gut development, disease resistance and digestive enzyme activity in shrimp given diets that included levels of different brown seaweeds. The group members published their work in the journal Aquaculture​​​.

“The present work aimed to assess whether adding 0.5, 2 and 4% of U. pinnatifida and S. filipendula dry biomass in the diet of Pacific white shrimp would affect their growth performance, gut histology, activity of digestive enzymes and resistance to​ White Spot Disease challenge (WSD),”​ the researchers said.

The researchers reported that the seaweed diets did not alter growth performance. However, shrimp gut epithelial surfaces used for nutrient absorption were increased in the diets with the lowest levels of both seaweeds.

Diseases have had a significant and negative influence on aquaculture production, the researchers said. In Brazil, shrimp populations have had declines related outbreaks of white spot disease.

“In the state of Santa Catarina, in Southern Brazil, this disease dramatically reduced shrimp production from 4189 tons in 2004 to only 75 tons in 2014, nearly destroying shrimp farming in that state,” ​they said. “In addition, this disease has affected different states of northeastern Brazil, the main shrimp-producing region of the country, with considerable impact on production.”​

Efforts are in progress to find ways to address or prevent diseases in shrimp farms, including the use of extracts and components of plants and algae, they said. There is interest in using seaweeds in feed because of their properties which can include nutritional elements, immunomodulatory, antiviral and antibacterial activity and growth-promotion.

Extracts of macro-algae also may be a sustainable option for the aquaculture industry as they are biodegradable additives and could help reduce the use of antibiotics or synthetic drugs, they said.

Previously, there have been some positive performance results linked to feeding shrimp different amounts of the brown seaweeds Undaria pinnatifida​ and Sargassum filipendula​, the researchers said. “Shrimp fed with a diet containing 4% of U. pinnatifida dry biomass showed increased phenoloxidase activity, an enzyme involved in immune response, and lower counts of Vibrio spp. in the shrimp digestive tract,”​ they added.

“Furthermore, increased resistance to thermal variation was detected in shrimp fed 0.5 and 2% of S. filipendula dry biomass,”​ they said. “This finding becomes more relevant when considering that thermal variation constitutes a major stress factor in the outbreak of diseases among shrimp populations.”​

In the feeding trial, Litopenaeus vannamei​ were given one of seven diets including a commercial feed control and trial feeds that incorporated 0.5, 2 and 4% of dry biomass from one of two types of brown seaweed – S. filipendula and U. pinnatifida​, the researchers said. The seaweed replaced levels of kaolin, and shrimp were fed the diets for a period of 38 days.

Shrimp were weighed and counted weekly to assess growth performance and survival rate, they said. The feed conversion ratio also was established.

A sample of shrimp hepatopancreas and anterior abdominal segments were collected at the end of the trial so digestive enzymes and gut histology could be examined, they said.

During the WSSV challenge, 40 shrimp per diet were infected and watched for 72h to check for mortality, they said.

Shrimp on all feeds displayed similar growth performances, the researchers said. However, shrimp getting either of the diets with 0.5% seaweed saw improved gut absorption surface compared to those on the other diets.

“Brown seaweeds, as a feed supplement, can improve shrimp (L. vannamei) digestive physiology and resistance to WSSV challenge, but without impairing growth performance,” ​they said. “Adding 4% of U. pinnatifia dry biomass in the diet was shown to reduce cumulative mortality of shrimp at 72 h after WSSV infection.”​

No difference among diets was seen for total activity of chymotrypsin and trypsin, though specific activity for both was reduced in diets with S. filipendula​ and the highest amount was found in the 4% diet with U. pinnatifida, they said. “The observed decrease of specific activity values in the aforementioned treatments was a consequence of the significant increase of total protein concentration in the hepatopancreas of shrimp from these treatments.”​ 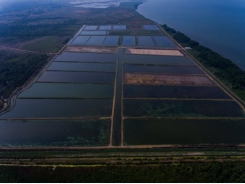 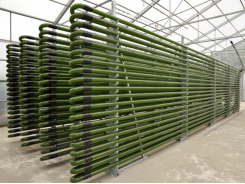 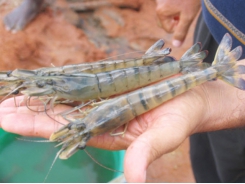