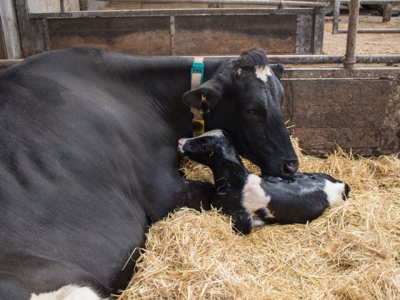 A team of international researchers, led by Alex Bach of IRTA in Spain, looked at the effects of adding spray-dried plasma (SDP) protein into the diets of early lactation dairy cows on their health, milking and reproductive performance.

The authors, which included two employees of spray-dried plasma supplier, APC Europe, said the process used in producing SDP involves a mild heat treatment - spray-drying - that allows the functional proteins presents in blood to remain active in the final product; therefore, they anticipated SDP could potentially improve the health status of transition and early lactating cows.

To compensate for the energy and protein imbalance, nutrients are mobilized from body reserves to support milk production during early lactation. The negative energy balance is a risk factor for several health disorders in early lactating cows including ketosis, displaced abomasum, retained placenta, metritis, and mastitis (Drackley, 1999; Hailemariam et al., 2014), they explained.

The outcome of these health disorders affects animal welfare and can cause economic losses to producers due to increased veterinary costs, reduced milk production and reproductive efficiency (Ametaj et al., 2012), continued the dairy cow specialists.

Various nutritional strategies attempt to improve animal welfare, health status of the early lactating cows, and profitability of the herd focusing on improving energy and protein balance in early lactation either by improving DMI or by supplying metabolizable amino acids (Drackley, 1999; Larsen et al., 2015), they added.

“We hypothesized that feeding SDP compared to BM in dairy cows during the transition and early lactation period would increase milk production and may improve the health status of lactating cows. In addition, we hypothesized that the improved milk production due to feeding SDP would not negatively impact future reproductive performance of dairy cows.”​

In total, 989 dairy cows from one large commercial herd in the Western US were blocked based on parity and randomly assigned to one of two treatment groups, said the researchers.

All cows were multiparous. Some 503 cows served as a control group (CTR) receiving blood meal (BM) in their total mixed ration (TMR). The SDP group had 495 cows receiving a TMR containing 250 or 400 g/d of SDP before or after calving respectively.

The TMR for both groups was balanced to achieve isonitrogenous levels, said the scientists.

Cows were enrolled in the study approximately 21 days before calving, and treatments continued up to 200 days post-partum, they explained.

Lame cows or cows with chronic mastitis were not enrolled in the study. All the cows had good udder conformation, said the team.

After calving, cows were placed in either the control or the SDP fresh pen and monitored for 21 days, they added. Following the fresh monitoring period cows were randomly assigned, within treatment groups, into four pens of 320 cows each, including two SDP pens and two control ones, they said.

Each cow wore a colored button ear tag consistent with the group assignment. Cows continued to be monitored for metabolic and infectious disease thereafter, wrote the experts.

Cows were housed in free stall facilities that handled the manure from both the feeding and movement alleys hydraulically using a flushing system. Watering, manure handling, and feeding frequencies were the same for SDP and the control pens.

Milk production was monitored monthly at one milking performed for all cows at the same day throughout 200 days in lactation. Cows were milked three times per day, said the researchers.

They said all cows were monitored daily for metabolic and infectious diseases by on-farm staff during the immediate post-parturient period.

Body condition was scored for all cows at calving, and at days 14 and 30 in milk.

First service consisted of a timed artificial insemination (AI) protocol applied to all cows that were > 44–50 days in milk (DIM). Following AI, cows were examined daily for return to estrus or for confirmation of pregnancy by rectal palpation at 35–41 and 70–76 d after AI. At 72–78 DIM, cows not pregnant were enrolled into an intrauterine progesterone program.

The results of the study show cows fed SDP had greater milk yield and milk fat, but that there were no differences in milk protein or in milk somatic cell count (SCC) between the control group and experimental groups.

The team found that milk yield improvement in SDP cows was evident during the second month of lactation and onwards.

Feeding spray-dried plasma had no effect on the incidence of metritis, retained placenta, displaced abomasum, mastitis, and culling and abortion rates, they observed.

Overall, there were no differences for health events between the control and the experimental groups, but the authors did note that there was a tendency for cows in the SDP group to experience a greater incidence of lameness.

“Several studies have demonstrated an association between high milk production and lameness (Bicalho et al., 2008) although differences in milk production were much greater than those obtained in the current study.”​

Funding for this study was provided in part by APC Europe, said the authors. 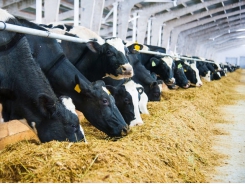 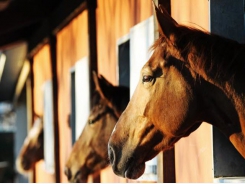 Prebiotics may do more harm than good in horses 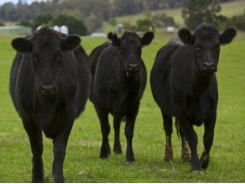