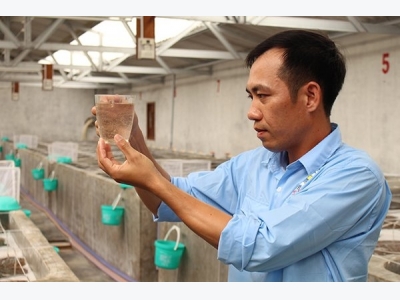 A worker checks shrimp at a high-tech shrimp hatchery in the Mekong Delta. Shrimp farming and clean energy are identified as drivers of economic development in Bac Lieu Province - PHOTO: TRUNG CHANH

CAN THO – High-tech shrimp farming and clean energy will be drivers of economic development in the Mekong Delta province of Bac Lieu in the coming time, heard a press conference on January 17 on the province’s investment promotion activities.

According to Trung, there is much room for the shrimp sector to grow. When the Prime Minister decided on establishment of a high-tech shrimp farming park, the industry was expected to achieve strong growth. Though the park has yet to get off the ground, more than 100 high-tech farming models have been implemented successfully.

As for clean energy, he said, “When scrapping the Cai Cung thermal power project, we saw renewable energy as a way to protect the environment, facilitate high-tech shrimp farming and attract more investment capital.” He added that this is what makes Bac Lieu different from other parts of the delta.

However, it is a tough decision to shift to clean energy as there are views that thermal power can generate VND500-700 billion in revenue and hundreds of jobs, according to Trung.

“But with a determination to make a difference for Bac Lieu, the provincial government has decided to withdraw from the Cai Cung thermal power project.” Trung said that it is a right choice as many investors have shown interest in the province’s renewable energy and high-tech shrimp farming plans.

In particular, more than 20 investors have registered to invest in the high-tech shrimp farming park in Bac Lieu. The province will also grant investment certificates to six investors involved in renewable energy projects at an investment promotion conference set for late this month.

Bac Lieu spends just VND1 trillion on socio-economic development a year. If such spending is unchanged over time, the province cannot grow but go backwards, according to Trung.

The province aims to achieve economic growth of over 7% this year and 8% next year, compared to last year’s 6.5%, to become a strong locality of the delta. “The only way for us is to attract investments and facilitate investors,” he said. 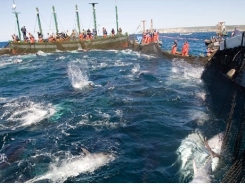 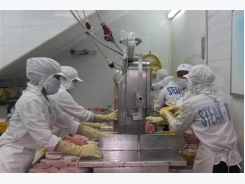 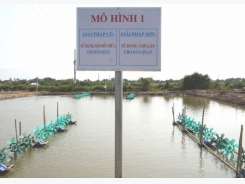