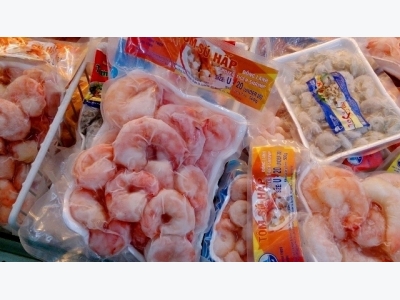 Improper use of antibiotics will result in antibiotic resistance and antibiotic residues in food which causes more risks for consumers’ health and livelihood. (Illustrative image)

Improper use of antibiotics in breeding will result in antibiotic resistance and residues in food that causes more potential risks for consumers’ health and livelihood. This was stated at a conference on antibiotic management in Hanoi on August 2.

Hosted by the Ministry of Agriculture and Rural Development (MARD) in collaboration with the US Agency for International Development (USAID) and the Food and Agriculture Organisation (FAO) of the United Nations, the workshop aims to implement Vietnam’s National Action Plan for management of antibiotic use and antibiotic resistance in livestock and aquaculture for the 2017-2020 periods.

With funding from USAID, this plan was developed with technical assistance from FAO to orient agricultural activities and operations of agencies under the MARD, as well as supplement the Ministry of Health's National Action Plan for Drug Resistance during 2013-2020. The plan is expected to contribute to reducing the risk of drug resistance to the community in relation to the use of antibiotics in livestock and aquaculture in Vietnam.

The National Action Plan has specific objectives of reviewing, and implementing regulations regarding policies related to antibiotic resistance and antibiotic use in livestock and aquaculture.

In addition, the overuse of joint antibiotics for both healthcare and veterinary usage also poses a threat to the emergence of serious drug resistance in Vietnam. Meanwhile, the sanctions and legal corridors in antibiotic management are still inadequate, making the antibiotic abuse more complex. 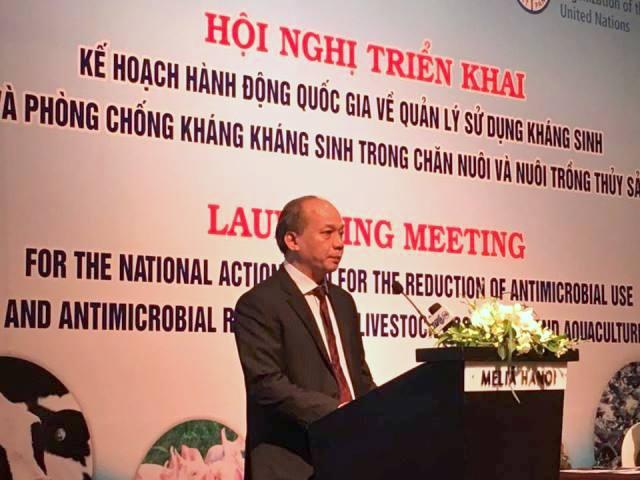 Against this backdrop, the best implementation of the National Action Plan requires coordination from the MARD and its subordinate units, as well as with the relevant Ministry of Health, Ministry of Industry and Trade, Ministry of Natural Resources and Environment and local People's Committees across the nation, Tam stated.

He also called on for further cooperation and technical and financial support from international organisations, research institutes and the private sector to join efforts to reduce the use of antibiotics and to prevent threats from antibiotic resistance.

Representatives from international organisations highly value Vietnam's efforts in controlling the use of antibiotics for a sustainable agriculture, also as an act of expressing Vietnam's strong commitment to combating antibiotic resistance as made by the World Health Organisation.

Stressing the importance of the launch of the Action Plan, deputy director for USAID Vietnam, Craig Hart, said that enforcement is needed to ensure the plan’s success. Actions need to be based on the best evidence and in accordance with international practice, he added.

As antibiotic resistance is a strategy that the US is also working on, in the coming time, the country commits to provide support to Vietnam in terms of technical capacity in implementing management of antibiotic use in livestock and fisheries, focusing on upgrading laboratories and facilitating residue analysis, stated Craig Hart.

Jong-ha Bae, FAO chief representative in Vietnam, said that antibiotic resistance threatens the health and livelihoods of Vietnamese people, while also threatening the sustainability of agricultural and food production systems.

Farmers, veterinarians and veterinary medicine sellers should share responsibility by using antibiotics in a more responsible manner, whilst finding alternatives to maintain animal health and productivity, such as biosafety improvement and good practices in animal husbandry, suggested Jong-ha Bae.

FAO is actively coordinating with the MARD’ Department of Animal Health to implement a programme on antibiotic residues monitoring and antibiotic resistance in livestock and fisheries in Vietnam, as well as equipping technical equipment for Vietnam in efforts to control the use of antibiotics in the coming time, added Jong-ha Bae. 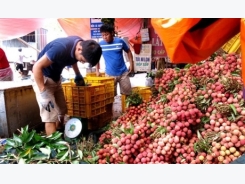 Lychee production brings revenue of US$233 million to…