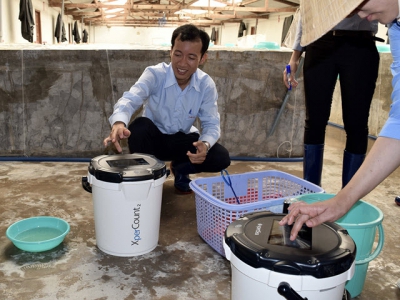 By adding several liters of water to the XperCount bucket, shrimp farmers like these in Vietnam, can get a rapid, accurate inventory. Photos courtesy of XpertSea.

In November, Canadian company XpertSea, based in Quebec City, launched a web-based platform that it promises to be a game changer for the aquaculture industry. The Growth Platform allows shrimp and fish farmers to predict the growth of their animals, adjust their feeding regimes appropriately, address production challenges such as illness or insufficient weight gain earlier on in the process and ultimately predict harvest times with greater certainty than ever before.

This technology delivers the most accurate results when used in conjunction with XperCount, a device that measures the growth of organisms and feeds that data to the Growth Platform. But farmers who don’t have XperCount can manually feed the size of their fish and shrimp into the Growth Platform and still receive insightful results.

Employing artificial intelligence and computer vision to count, size and weigh organisms, the Growth Platform uses this data to calculate daily growth rate, feed conversion ratio (FCR), stocking density and survival rate. The actual growth of individual farmers’ organisms is benchmarked against millions of anonymized data points that XpertSea has accumulated on shrimp growth over the years, provided voluntarily by farmers around the world. The Growth Platform can also provide future size and weight distributions, helping farmers to predict the most profitable harvest date. Advanced artificial intelligence techniques, such as deep learning, are employed to find this critical information by correlating previous observations to a large bank of growth cycles.

That’s the kind of information that’s invaluable to farmers, most of whom have been using guesswork to determine harvest times until now, she added: “With this technology they can use a data-driven, scientific approach to plan the best harvest date and maximize their revenues.” 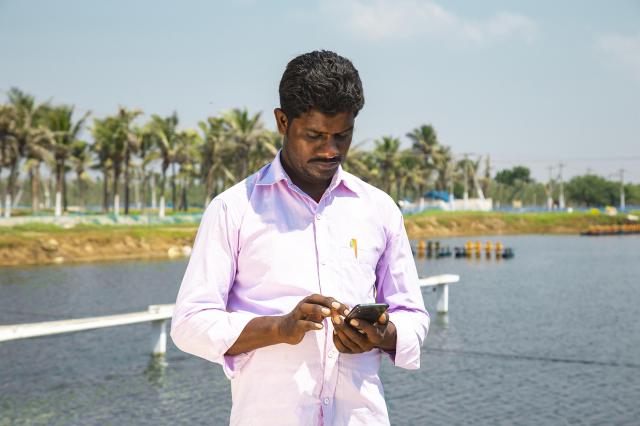 Aquaculture producers can monitor their operations from anywhere by accessing XpertSea Growth Platform data from a secure cellphone connection.

As of February, XpertSea had given several of its Asia-based XperCount customers trial access to the Growth Platform. Chelsea Andrews, the company’s Asia-Pacific general manager, said the farmers to whom she had demonstrated the application were excited but apprehensive.

“Most of them aren’t using any system, and when our technicians took weekly samples from their ponds and discussed the results yielded by the Growth Platform with them, they enjoyed the visibility those results delivered,” she said. Reactions differed for farmers in India versus those in Vietnam, she added.

“In India the farmers are a lot more tech-savvy, so the benefits of the Growth Platform to individual farmers vary according to the country they’re in. There will be an early adoption curve, but I don’t think we’ll have any problems getting customers,” she said. “Initially we’ll have a higher level of adoption from our current XperCount hatchery uses, which constitute the majority of the large enterprises, who see so much value in the data. After that we’ll reach the medium-sized farmers.”

It helps me improve traceability, data analysis, reduce risk and gives me another eye on the farm. This helps us protect the value of the shrimp.

Sea Horse, a fully integrated supplier to hatcheries, farms, processors and international companies in Malaysia, was one of the early trial users of the Growth Platform and Sim Ing Jye, the company’s senior manager, worked closely with XpertSea’s development team.

“I have seven sites containing 175 ponds and I depend on my farm technicians to deliver data so I can analyze it,” he said. “Previously I had to trust my technicians to give me accurate data, but now, using the Growth Platform, I can refer to images as well as more accurate information on weight distribution, to check for any unusual growth patterns in the pond. The platform is especially good for a pond hit by [Enterocytozoon hepatopenai, or EHP], which limits the growth of the shrimp, because it delivers data that will help us cut our losses. For an operation the size of ours we really need a system like this. It helps me improve traceability, data analysis, reduce risk and gives me another eye on the farm. This helps us protect the value of the shrimp.”

The Growth Platform is presently cloud-based but at the end of February XpertSea is scheduled to release an app. “You won’t even need the Internet to operate it,” said Andrews. “You can enter the information offline and the app will store it for you.”

Available for farms and hatcheries, XpertSea anticipates its Growth Platform will also be useful to health, feed and genetics companies looking for insights on product efficiency at the field level. It is being used by 250 customers in Ecuador, Mexico, the United Kingdom and Vietnam and its price point varies by customer.

“We have different structures for customers and their level of subscription,” Andrews said. “If you don’t have our smart bucket and you can’t afford to buy it, you can rent it. We want to be able to reach out to smaller farmers, too.”

Andrews said farmers who have 10 or more ponds, are Best Aquaculture Practices-certified and have some level of technology in use, will find the Growth Platform very advantageous.

“For us this is an exciting transition from being mainly a hardware company, to offering a fully integrated solution,” Robitaille said. “We feel like we’re closing the loop. It’s great to be able to give data to our customers, but the Growth Platform provides actionable insights that give added value to that data.” 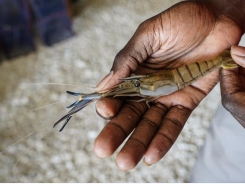 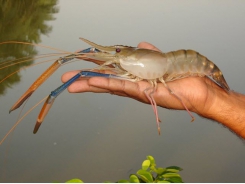 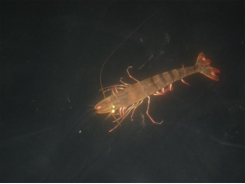