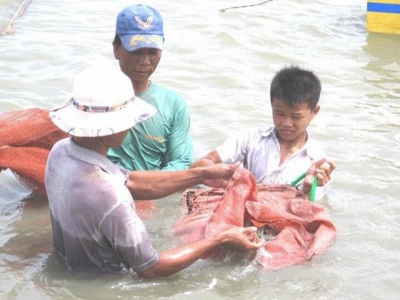 CAN THO – The Ministry of Agriculture and Rural Development has sent a proposal to the chairpeople of shrimp-rearing provinces and cities, asking the authorities to encourage farmers to boost their brackish water shrimp farming activities during the remainder of the year, despite the periodic outbreak of diseases affecting the shrimp industry.

The ministry noted that the market is showing an uptrend for the shrimp sector. In particular, the U.S. Department of Commerce (DOC) on September 10 announced the 12th Period of Administrative Review’s final results on dumping tariffs on Vietnamese shrimp products, placing it at 4.58%. This final tariff is much lower than the preliminary figure of 25.39% that the DOC had issued on March 3 this year.

Besides this, a variety of factors including the rising demand for shrimp in China, the EU market’s growing interest in Vietnamese shrimp, the rising price of shrimp in the country and favorable weather all contribute to shrimp production and processing development, as well as export performance.

With the new proposal, the ministry wants enterprises to capitalize on market opportunities, and avoid a shortage in supply during the remaining months of the year and the first months of 2019.

In its proposal, the ministry also required the authorities of these provinces and cities to closely examine and supervise the status of diseases affecting shrimp and to control the quality of shrimp breeds.

However, Vo Hong Ngoan, a farmer in Vinh Trach Dong Commune, Bac Lieu Province, told The Saigon Times that the ministry's move goes against traditional practices; since between October and the end of the year, the industry management agencies typically warn farmers against rearing shrimp, as the weather is unstable, and there is a high risk of diseases being spread.

Chairman of My Thanh Shrimp Farming Association in Soc Trang Province Vo Quan Huy shared this opinion, noting that the weather during the remainder of the year will not be stable, creating disadvantages for the shrimp industry. 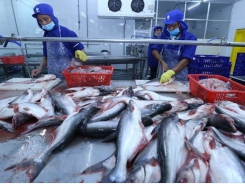 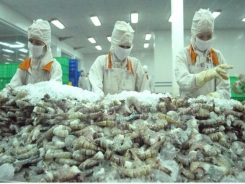 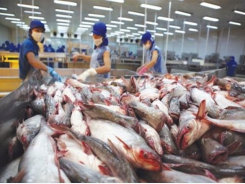