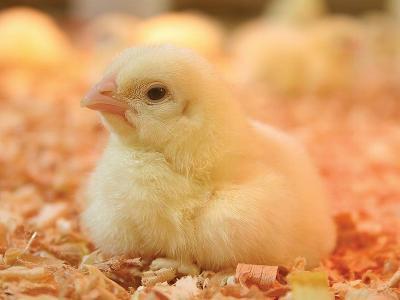 With the United States entering the fray on antibiotic-free raised broilers, it is interesting to review what is working so far based on experiences from Europe and what is currently marketed in the U.S.

It is no secret that the United States is following the path highlighted by the European Union, at least when it comes to banning growth-promoting antibiotics in broiler diets. In fact, in several well-known instances, the U.S. broiler industry is taking it a step further refusing to use antibiotics even for therapeutic purposes in what is known as the Never Ever 3 (NE3) marketing program. To make matters worse, coccidiostats are classed as antibiotics under U.S. rules, something the EU has carefully managed to avoid, so far.

The focus remains on feed additives that can replace antibiotics, sometimes with little regard on the requirements for deeper changes.

All this antibiotic-free experience gained on both sides of the Atlantic has revealed certain patterns when it comes to removing long-standing antibiotics from broiler diets. Of course, feed formulas should change and health should be improved farm-wide, but these are the inglorious works of nutritionists and veterinarians. Somehow, the focus remains on feed additives that can replace antibiotics, sometimes with little regard on the requirements for deeper changes. Nevertheless, these discussions can be summarized in a brief list of alternatives to antibiotics based on my experiences and discussions.

There is no doubt that the big alternative to antibiotics is organic acids. Free, coated, straight or salts, these compounds have been shown to possess the strongest antibacterial activity. Not all work the same as their site of action depends on gut pH and the acid’s pKa value. Also, they have different potency against the many and varied types of bacteria in the gut. And, of course, inclusion rate is not the same for all organic acids. Here it merits repeating that adding 1 or 2 kg organic acids per metric ton of complete feed is barely enough. We need much more than that, but then cost becomes prohibiting, and this low-inclusion level often explains why testing new products is often inconclusive.

These are the same products we used to call “essential oils,” but since this group now contains every possible compound that can be found in plants we changed to a more generic term. They are not used as widely as organic acids and probiotics, at least in the EU, but they are making a very strong entrance in the U.S. market. All together they are viewed, correctly or not, as supplementary to organic acids, if only because clever marketing placed them as potentiating the action of organic acids. This might be true, but is not always the case. For example, some phytobiotic compounds may interfere with the immune system, whereas others stimulate the digestive system. In most cases, modern products are protected, as some of their comprising elements can be very volatile.

Broilers and non-starch polysaccharides (in this case we refer only to beta-glucans and arabinoxylans) are not an ideal combination. The viscosity conferred by high NSP levels tends to slow down digesta passage while at the same time prevents enzymes from entering into the digesta, which results in reduced feed intake and nutrient digestibility. This would have nothing to do with antibiotic replacement if certain pathogenic bacteria did not find a safe harbor in the viscous digesta to proliferate or survive the antibiotic action of feed elements. This was resolved by the strong action of antibiotics, but replacements are not as potent and, as such, breaking down the viscous, gel-like material is considered one step towards effective replacement of in-feed growth promoting bacteria.

Although the NSP compounds mentioned above are part of the “fiber” component of feeds, this group includes beneficial elements such as cellulose (and lignin, which is not a NSP but rather a polyphenol). Lignin is useful only in enhancing gut passage rate, but cellulose can have some further activities. Currently, there is some considerable discussion regarding the benefits, dosage and timing of lignocellulose in broiler diets, but all point to the direction of controlling water in the gut resulting in drier excreta — something of paramount importance for litter-raised broilers.

This is clearly a misnomer, previously attributed to another unfortunate term: prebiotics. It includes oligosaccharides (such as inulin to name the most widely known) and certain polysaccharides (for example, pectins) and perhaps any and all types of fiber. Here, our knowledge regarding which types of fiber are effective is rather empirical and based on product-specific knowledge. The general idea is that beneficial microbes thrive on certain types of fibers, and giving them that extra boost will provide them with an edge over their opponents, the pathogenic bacteria. At least this is the theory, and is perhaps best applied when the feed is enhanced with certain probiotic strains.

Zinc oxide cannot be used in broilers as it quickly becomes toxic. But research has shown that certain copper-containing compounds can have a bacteriostatic or even bacteriocidic effect. In fact, new products are becoming rapidly available to supplement the traditional copper sulphate, which has proven the workhorse of copper so far. Whether organic copper compounds can offer similar advantages is still a matter of discussion as we currently do not know if it is the higher copper concentration in the blood (systemic effect) or the specific form of certain copper salts (local gut effect) that provides the beneficial effects. Perhaps it is a combination of both.

The discussion about replacing antibiotics should be about five minutes on additives and 55 on the hour about everything else. A high-protein feed will never fail to cause birds to scour no matter what additives we use. The same is true about health — a below-average health bird will always underperform a healthier one no matter how many additives we include in its feed. But additives are always more interesting to discuss.

Ioannis Mavromichalis, Ph.D., is Nutrition Editor for WATTAgNet and Editor-in-Chief of Pig International 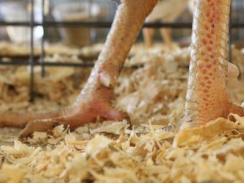 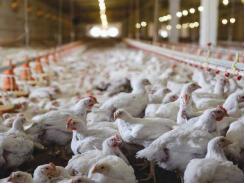 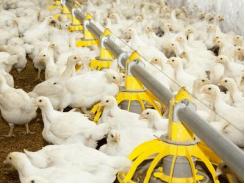